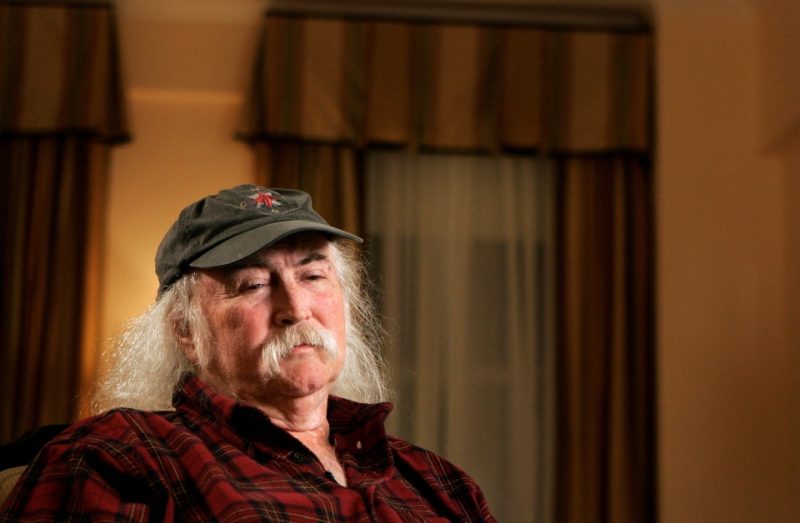 DAVID Crosby, a rock legend who helped launch multiple influential bands, wrote a heartbreaking post about the afterlife the day before he passed away.

The 81-year-old said heaven was “overrated” in a now heartbreaking tweet as fans flood social media to remember his incredible legacy.

Crosby was responding to a tweet about whether or not tattooed individuals will go to heaven.

A Google search screenshot reads: “People with tattoos will not go to heaven,” and lists other groups who won’t quite make the cut.

“I heard the place is overrated…. cloudy,” Crosby wrote, slamming the claim.

The Stills & Nash co-founder’s death was confirmed by his wife on Thursday who announced that he suffered from a long illness, but thankfully passed away surrounded by loved ones.

“Although he is no longer here with us, his humanity and kind soul will continue to guide and inspire us,” read a statement given to Variety.

“His legacy will continue to live on through his legendary music. Peace, love, and harmony to all who knew David and those he touched. We will miss him dearly.”

His death shocked fans who kept up with the guitarist and songwriter on his very active Twitter account.

Eight months ago, Crosby announced that he was no longer going to perform live, citing old age.

He admitted he was going to die “fairly soon,” but announced that he was continuing to make records.

“And so I’m trying really hard to crank out as much music as I possibly can, as long as it’s really good… I have another one already in the can waiting,” he said.

Crosby would later go on to say that he actually planned to return to the stage, and was expecting to perform live soon.

His time with the group was rocky and he eventually left in 1967 after forming a close bond with Stephen Stills and Graham Nash, creating CS&N in 1968.

The group released their debut album to critical acclaim, becoming a multi-platinum piece.

Stills’ colleague, Neil Young, would join the group a year later in 1969, causing a clash of egos among the members.

Throughout the years, the members would break up and regroup, releasing multiple albums during that time.

Crosby and Nash worked closely together, recording and touring regularly.

During the 1960s era of sex-drugs-and-rock ’n’ roll, Crosby struggled with addiction for several years.

In 1992 he was famously arrested in Texas on drugs and weapons charges, resulting in a five-month prison stint in 1986.

He had to undergo liver transplant surgery in 1994 due to years of cocaine and alcohol abuse.

Crosby has been inducted into the Rock and Roll Hall of Fame twice – once as a member of The Byrds in 1991 and in CS&N in 1997.