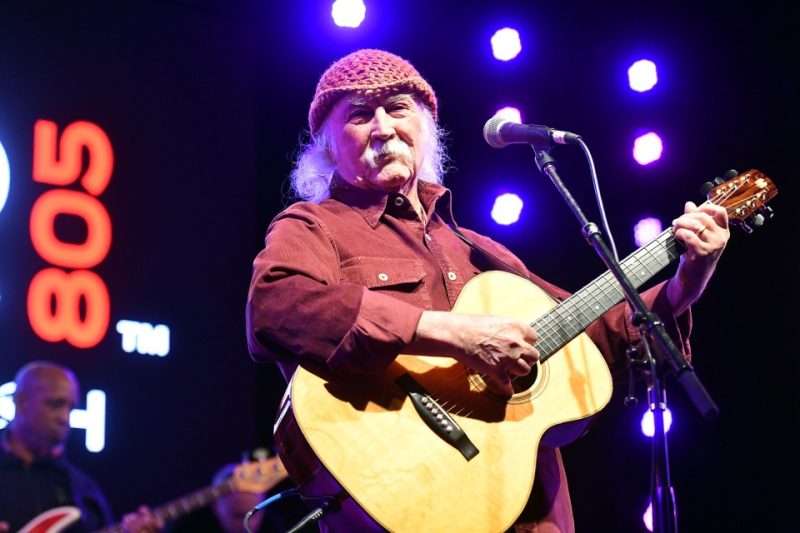 DAVID Crosby, founding member of the influential rock groups The Byrds and Crosby, Stills, Nash & Young, has died at age 81.

Rock and Roll Hall of Fame member David Crosby, founder of The Byrds and Crosby, Stills, Nash & Young, has died at age 81GettyGettyCrosby and his wife, Jan Dance[/caption]

GettyCrosby formed Crosby, Stills & Nash in 1968 after leaving The Byrds[/caption]

“He was lovingly surrounded by his wife and soulmate Jan and son Django. Although he is no longer here with us, his humanity and kind soul will continue to guide and inspire us,” read a statement from his family.

“His legacy will continue to live on through his legendary music. Peace, love, and harmony to all who knew David and those he touched. We will miss him dearly.”

The family asked for privacy as they cope with the “profound loss.”

His time with the group was rocky and he eventually left in 1967 after forming a close bond with Stephen Stills and Graham Nash, creating CS&N in 1968.

The group released their debut album to critical acclaim, becoming a multi-platinum piece.

Stills’ colleague, Neil Young, would join the group a year later in 1969, causing a clash of egos among the members.

Throughout the years, the members would break up and regroup, releasing multiple albums during that time.

Crosby and Nash worked closely together, recording and touring regularly.

During the 1960s era of sex-drugs-and-rock ’n’ roll, Crosby struggled with addiction for several years.

In 1992 he was famously arrested in Texas on drugs and weapons charges, resulting in a five-month prison stint in 1986.

He had to undergo liver transplant surgery in 1994 due to years of cocaine and alcohol abuse.

Crosby has been inducted into the Rock and Roll Hall of Fame twice – once as a member of The Byrds in 1991 and in CS&N in 1997.

At a young age, he was drawn to acting and music while growing up in LA and Santa Barbara.

He dropped out of Santa Barbara City College to pursue a career in music and became involved in the folk music scene.