American Pickers’ Danielle Colby goes nearly nude in bra and thong in new video, fans ask ‘why isn’t this on the show?’ 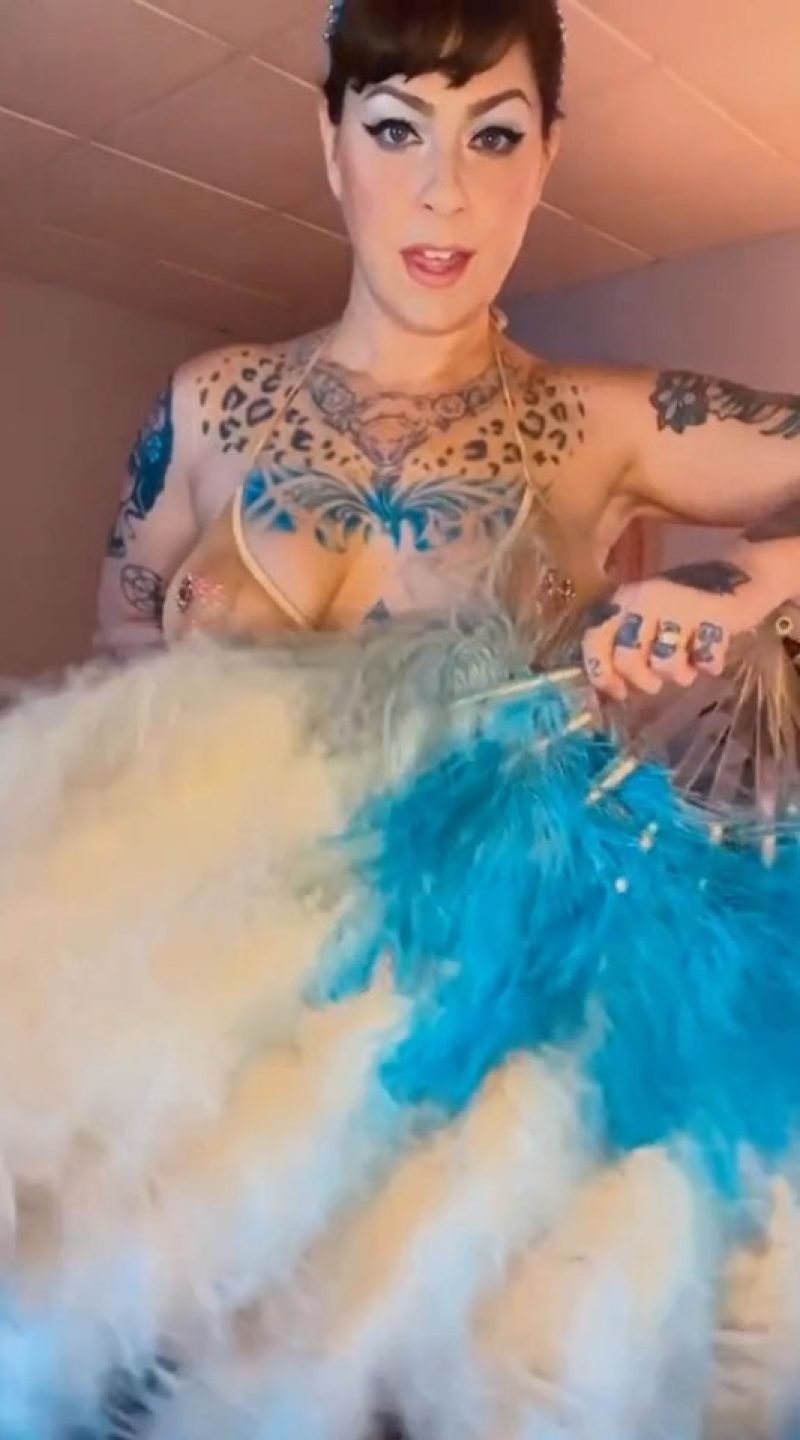 AMERICAN Pickers star Danielle Colby has given fans more than they bargained for.

The reality star took to Instagram to show off the daring ensemble on Wednesday.

In the clip, Danielle strutted around her bedroom, rocking the nearly nude string lingerie while twirling a large blue and white feather.

She almost exposed her breasts in the see-through top, though her backside was entirely out as she shook it at the camera.

The outfit also showcased her collection of body tattoos along her arms, stomach, chest, and back.

Danielle – who dabbles in Burlesque dancing – explained the routine in her caption, noting she’s turned to dancing to aid in her recovery post-surgery.

She wrote: “I’ve been working on some movement post operation and have been inspired to do a little fan dance practice. I’ve uploaded the full video to the sites! Sweet dreams.”

Fans were shocked by the 47-year-old’s sexy display, with some wondering why this side of her is not shown on the History Channel show amid its troubled ratings.

“Why wasn’t this on American Pickers?” one person asked.

“You’re the only reason I ever watched American Pickers…” another gushed.

“Looking fab, hope you’re on the road to recovery,” said a third.

Danielle has been struggling with her health recently and underwent a hysterectomy in October after suffering from painful uterine fibroids.

She later confessed to feeling “exhausted and down” as she worked to return to her old self post-surgery.

In a Patreon blog post titled, “Feeling a bit upside down,” the mom of two opened up about having a “down day.”

She began the post by writing: “Things don’t always go as planned so I anticipate that change is inevitable.”

The American Pickers star explained: “It seems that in my best days, I’m out and about. Usually trying to keep my body moving and my mind busy.”

Danielle then wrote: “And then, on my down days I have time to write. Today is a down day.”

She added: “Not a bad day but my body is definitely feeling overworked and under-rested.”

Last month, fans grew concerned for Danielle’s well-being after she revealed she fell ill just weeks after her surgery.

In another blog post, she wrote: “Weight loss is not bad unless it’s not healthy. I lost so much weight so fast that my body could not muster up the strength to continue to heal properly.”

Danielle remained hopeful, adding: “I’m able to finally eat again and I could not be happier. Day 2 of my new meds I felt a world of difference.”

She then explained how the healing process could be “complicated sometimes,” though she assured fans that she was watching out for the “signs” to stay on track.

Fans were happy to see Danielle appear on the Season 24 premiere of American Pickers earlier this month alongside her co-hosts Mike Wolfe, 58, and his brother Robbie, 62.

The show has been in jeopardy as the ratings have plummeted since former host Frank Fritz, 57, was fired in 2021.