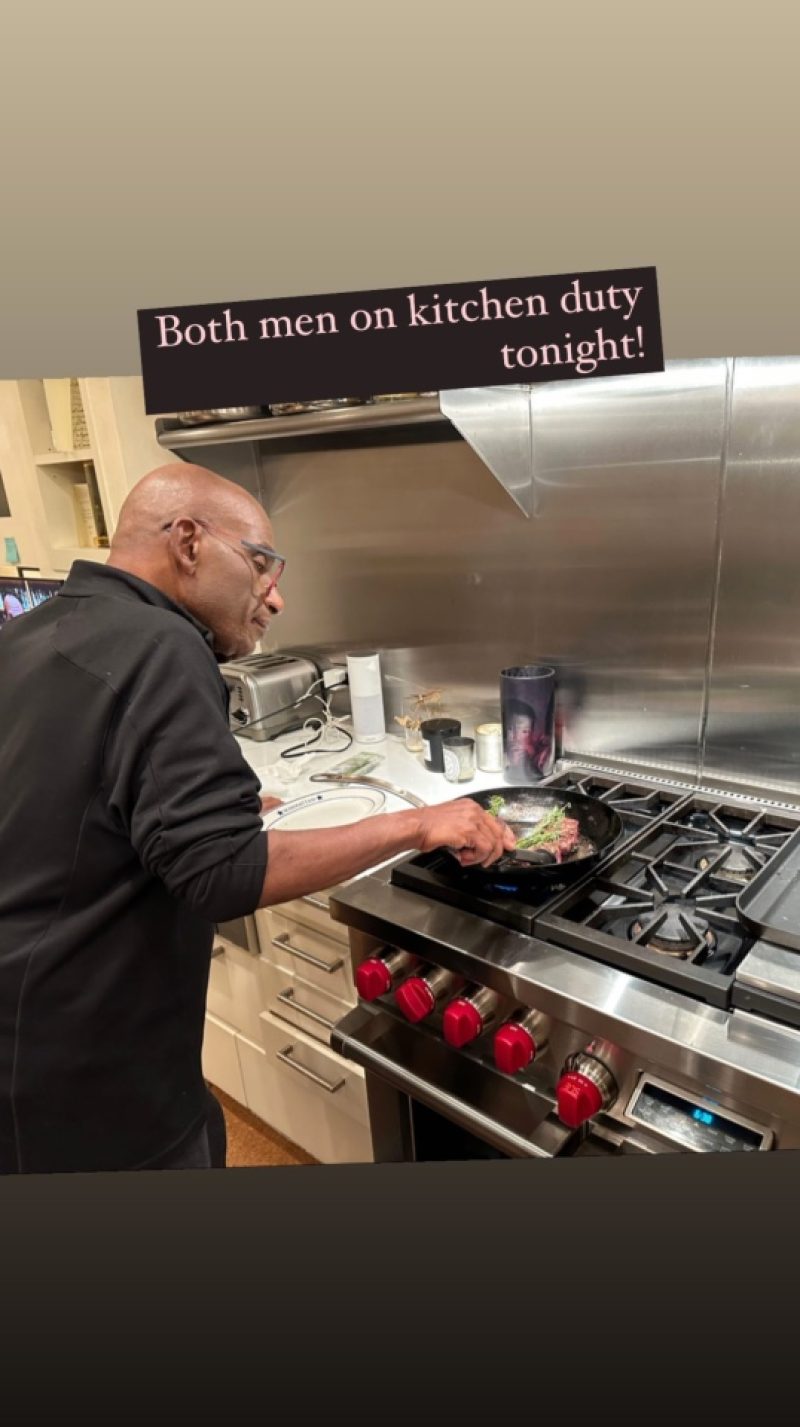 AL Roker and his son Nick are back on kitchen duty in new photos shared by Deborah Roberts.

Fans have begged the beloved weatherman to make his cooking videos again following his return to health.

InstagramShe also praised their son Nick for his ‘culinary skills’[/caption]

On Wednesday, Al’s wife Deborah, 62, posted a photo of her husband, 68, tending to dinner on the stove.

A cut of meat was frying the pan with bunches of fresh herbs as Al leaned over and prepared to plate up.

The Today star looked to be concentrating on his cooking and was wearing a casual black shirt.

“Both men in the kitchen today,” wrote Deborah over the photo.

She also posted an image of their son Nick, 20 , grinding pepper over a fresh salad.

Deborah then shared a close up photo of the healthy bowl, featuring assorted leaves, fresh chili peppers and crumbled cheese.

“We’re going to miss your skills as you head back to college,” she said of the Vassar student.

Al then shared an image of the completed chicken dinner, which also featured grilled asparagus and quinoa.

But the post reminded many of the family’s fans of the cooking videos Al and Nick used to make during the Covid-19 pandemic.

“I miss your videos of Al and Nick cooking,” wrote one in the comments.

“Y’all’s cooking videos got me through Covid! Glad Al is better,” shared another.

A third agreed: “We need more cooking videos. It saved me during covid!”

During the pandemic, Nick and Al began a series called What We’re Cooking.

With over 60 videos posted to both Instagram and YouTube, the father-son duo kept fans at home entertained with recipes including BBQ ribs, roast chicken and salmon.

Although many fans miss his cooking clips, Today fans are grateful to have Al back on the air after he was previously absent due to health issues.

The broadcasting veteran was hospitalized in November for blood clots in his legs and lungs and subsequently missing from his role on Today for two months.

He made a triumphant return Friday 6 January and has thanked his fans “for all the love.”