Who is buried at Graceland? 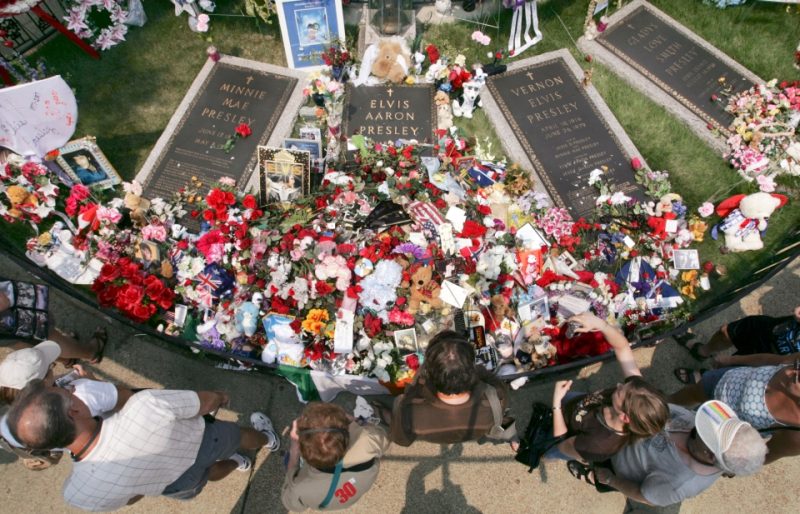 THE PRESLEY family has faced tragedy over the years by having to deal with several untimely deaths.

Here we take a look at the family members who are buried at the historic Graceland estate in Memphis, Tennessee.

Who is buried at Graceland?

The Presley family members buried at Graceland include:

An autopsy was later performed by Dr Jerry Francisco, who concluded that he died from a “cardiac arrhythmia,” also known as a heart attack, according to PEOPLE.

At first, many believed that drugs had played a role because there were prescription drugs found in his body at the time of his death, however, Francisco ruled them out as a cause.

Elvis is arguably one of the most iconic names in rock-‘n-roll history and had risen to fame in the mid-1950s due to his unique voice and dance skills.

At first, he was buried at Memphis’ Forest Hill Cemetery next to his mother, but after an attempt was made to steal his coffin, the family moved his body to Graceland, according to PEOPLE.

Like Elvis, she was originally buried at Memphis’ Forest Hill Cemetery but the family moved her to Graceland after the attempt to steal his coffin was made.

Vernon Presley was Elvis’ father and had been appointed the executor and trustee of Graceland following the star’s death.

He is buried at Graceland between Gladys and Elvis, according to PEOPLE.

Minnie Mae Hood Presley was Vernon’s mother and Elvis’ grandmother, who he often referred to as “Dodger.”

She is buried at Graceland and her headstone is on the left of Elvis’, according to PEOPLE.

Benjamin Keough was born on October 21, 1992, to Lisa Marie Presley and Danny Keough.

While Elvis might have died in 1977, his looks were well reflected in his grandson and people often took notice.

“Ben does look so much like Elvis. He was at the Opry and was the quiet storm behind the stage,” Lisa told TMZ in 2020.

“Everybody turned around and looked when he was over there. Everybody was grabbing him for a photo because it is just uncanny.”

Benjamin was later buried in the Meditation Garden at Graceland alongside his family members.

Lisa Marie Presley was the only child of Elvis and Priscilla Presley.

Like several other Presley family members, Lisa died at a young age, leaving behind four kids and her mother.

Lisa died on January 12, 2023, at the age of 54 shortly after she was rushed to the hospital following an apparent cardiac arrest.

Just days before her death, she was in attendance with her mother at the Golden Globes to watch Zoey 101 alum Austin Butler win the award for Best Actor in a Drama Motion Picture for his role in Baz Luhrmann’s Elvis.

Lisa will be buried at Graceland next to her son, according to the Associated Press.

Can you visit Graceland?

After Elvis’ death, his historic Graceland estate was turned into a museum.

The 13.8-acre estate is open to the public daily and offers fans tours that provide an inside look at how he and his family lived.

The final stop on the tour is the Meditation Garden, where fans can pay their respects to Elvis and his family members.

More information about visiting Graceland can be found here.