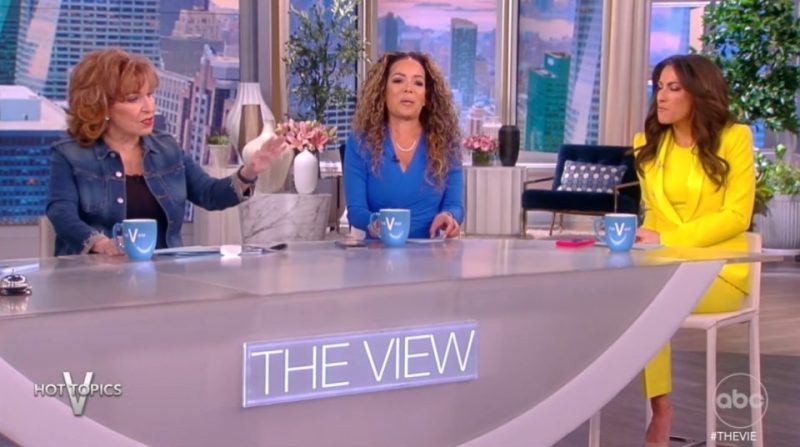 THE View panel has thrown shade at Sunny Hostin’s personality while grilling her mother Rosa.

Rosa made an appearance on The View during Tuesday’s episode, sitting in the front row to support her daughter.

It wasn’t long before Sunny‘s co-hosts started asking Rosa what the lawyer was like when she was younger.

Whoopi Goldberg asked, “Was she funny?” to which Rosa insisted she was.

Alyssa Farah Griffin wanted to know, “Wait, was she competitive as a child?” to which Rosa replied: “Very.”

Alyssa replied, “She still is!” as Sunny buried her head in her heads and exclaimed: “Gosh, all my secrets!”

Joy Behar chimed in: “She hates to lose! Cannot stand to lose.

“We still haven’t heard the end of Jeopardy when she lost that.”

Rosa then divulged: “The nuns at school would call me often because she didn’t want to wear her uniform sometimes.”

Looking sheepish, Sunny tried to explain: “You leave your house one way, you go to school looking a little jazzier.

“Until my parents showed up in the principal’s office one day and then it was over.”

Sunny has been making headlines in recent weeks with her behavior on set.

Last week, she accused Joy of being “selfish” during a discussion about whether you should invite two people who don’t like each to the same party.

Whoopi said she would invite both – but let them know that the other person was going.

Joy admitted she wouldn’t inform the other person about the situation.

The comedian said: “I like a lively party and I would invite both of them.

Sunny cut in: “But then you may decide not to go!”

Joy hit back: “No, but you don’t want that. You want people to come.”

Joy interrupted: “How do you know?”

This isn’t the first time Sunny and Joy have experienced an awkward clash on the popular chat show.

Late last year, Sunny stormed off the set after Joy’s phone kept ringing and she couldn’t turn it off.

ABCThey asked Rosa if Sunny was ‘competitive’ as a child[/caption]