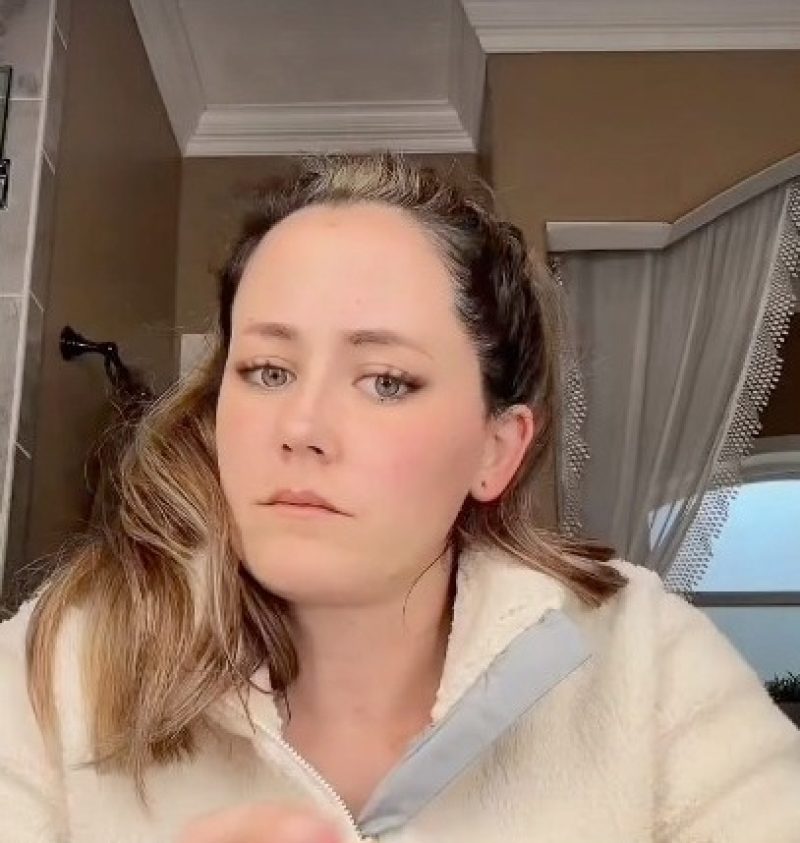 TEEN Mom star Jenelle Evans has begged fans for their prayers after confirming she has been diagnosed with mycoplasma pneumoniae.

Jenelle, 31, has been open and honest with her followers about her health struggles over the years and took to her Instagram Story on Tuesday to reveal her latest diagnosis.

“I have mycoplasma pneumoniae,” she told her 3.1 million followers before asking: “Have you ever suffered from this?”

Mycoplasma pneumoniae bacteria commonly cause mild infections of the respiratory system, and can sometimes cause more serious lung infections.

The Teen Mom alum appeared to be inundated with replies and decided to share some of them with her own responses.

When one person asked her if it had occurred “after vacation again”, Jenelle replied: “That wasn’t a vacation and I’ve had this for months. I saw a highly known surgeon got my hiatal hernia.”

And when someone else asked what mycoplasma pneumoniae is, she confirmed it is bacteria pneumonia.

A different person suggested antibiotics and Jenelle said: “Yeah I’m hoping that works. I have a few lung issues and my docs are confused so we are slowly trying to figure this out.”

She went on to reveal: “I’m dealing with lots of body aches for over a year now. Hoping antibiotics will kick this out of my system.

“It’s pretty crazy. I think I might be predisposed to a lot and low immunity from maybe Mono. As a kid?” Jenelle continued.

When another fan wished her well, Jenelle responded: “Thanks so much! Needing all the prayers I can get. I’ve been worried.”

Earlier this week, Jenelle posted a VLOG on Facebook from her recent trip to New Orleans with her husband David Eason, where she was seen enjoying plenty of alcoholic beverages.

The 58-second clip was entitled: “Food and #drink Vlog from #NOLA.”

The mom-of-three’s video begins with her filming herself in front of a full-length mirror as she leans forward and kisses the air.

It then cuts to her sitting in a car and drinking from a huge Starbucks cup as she gets her caffeine fix for the day.

Jenelle then gets going on the liquor and records herself drinking a pineapple mimosa from a glass champagne flute.

She then enjoys a rather large mango daiquiri disposable cup, before moving on to a pint of NOLA local beer.

Confirming exactly what her favorite cocktail is, Jenelle then enjoys another two peach daiquiris as well as a Hurricane, which is a sweet alcoholic drink made with rum.

Jenelle finished the video by showing off some freshly baked bread, which she and David enjoyed with some more beer.

Jenelle’s fans were quick to comment on the Facebook post, as one person wrote: “Girl u seem like ur in a great place and i love it for u…u are one of my favorite ppl on teen mom.”

Another person said: “Enjoy beautiful!” while a third added: “You’re so gorgeous, Jenelle.”

However, one concerned follower asked: “How much do you drink in one day??? Another teen mom tragedy!!”

And over on Reddit, the comments continued as one person shared the video and wrote alongside it: “Imagine being 31, having 2 young children in your care, and going on vacation yet again to drink and take nudie photos to support the family.”

“My ibs is flaring up just watching this,” one person commented, while another claimed: “That’s an excessive amount of alcohol. I’d be asleep under a table if I drank all that.”

A third person observed: “That’s an awful lot of alcohol for someone who allegedly has a ton of GI issues.”

Sort of defending the Teen Mom alum, another Reddit user wrote: “I don’t like Jenelle, but having kids doesn’t mean you can’t take a vacation. On a different note – with her history of addiction, she really shouldn’t be drinking.”

FacebookJenelle pictured on a trip with her husband David Eason[/caption]