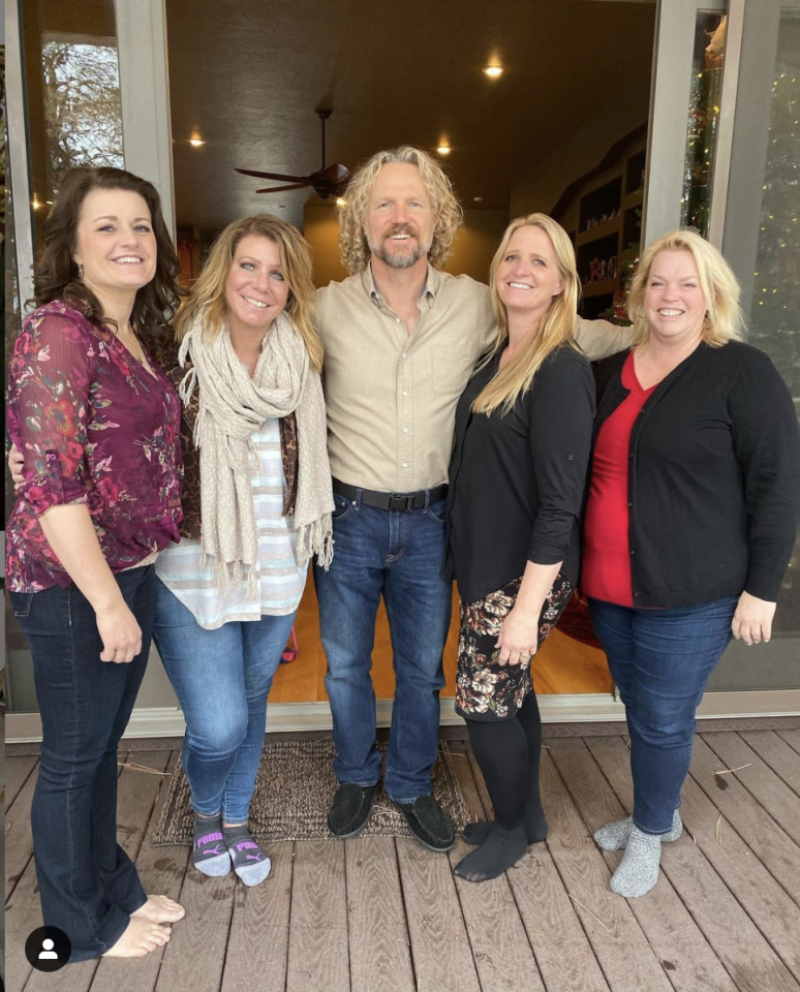 KODY Brown has been seemingly snubbed by all four of his wives as he celebrated his 54th birthday.

Not even his remaining wife Robyn Brown shared a public message for the TLC star.

Kody turned 54 on Tuesday, celebrating his special day with no kind words from his wives.

The Sister Wives star himself has been pretty much radio silent on social media since he and Meri Brown shared a post confirming that they had called it quits on January 10.

He shared the same message on Twitter and turned replies off.

Similarly, his only remaining wife, Robyn, posted nothing about him on social media.

His exes, Meri, Christine Brown, and Janelle Brown, have been more active on social media as of late but made no mentions of Kody’s birthday.

Christine was the first to leave Kody, making the decision back in 2021.

Janelle followed suit in December 2022 and Meri and Kody announced their divorce earlier this month.

Christine has moved on with her life after leaving her marriage and hasn’t spoken about Kody much.

She recently made a rare comment about her ex online, however, and it got fans buzzing.

The 26-year-old daughter of Christine and Kody, 54, is a mom to Avalon, one, and two-month-old twins Archer and Ace.

The photo showed the three little ones cuddled together on a blanket.

“I totally stole this photo from Mykelti how could I not?” Christine gushed in the caption.

Fans had a lot to say in the comments, and the proud grandmother decided to jump in and answer some questions.

One asked: “Are these the only twins in the Brown family?”

Christine made a rare comment about her ex Kody in her reply.

“Kody has twin nieces and I have twin grandparents,” she wrote.

She’s not the only Sister Wives star who’s enjoying life after leaving Kody.

The post came after she defended Kody in a conversation about their split, leading to major controversy.

She looked in good spirits in the picture, smiling at the camera ahead of her celebratory birthday weekend.

Her friend, Jen, and another gal pal were also in the photo.

The caption read: “Y’all we are celebrating @therealmeribrown birthday all weekend, so we will see you next week!”

Meri turned 52 one day before Kody, whom she confirmed her split from last week.

The former couple shared a joint statement on Instagram, announcing they were officially parting ways.

They explained: “In light of a recent unapproved press release, we feel compelled to share our own truth, in our own way, and in our own timing.”

The statement continued: “After more than a decade of working on our relationship in our own unique ways, we have made the decision to permanently terminate our marriage relationship.”

The ex-spouses added: “During this process, we are committed to kindness and respect toward each other and all members of our family.

“We are also committed to the continued healing of any and all relationships with the family so that we can move forward with forgiveness, grace, and love.”

The pair signed off with, “In kindness, Meri and Kody.”

Janelle has also been living her best life, recently sharing a post of herself enjoying a workout.

In the clip, Janelle squats huge weights and shows off other machines in the gym she uses.

Janelle smiles widely at the camera at the end of her workout, showing off her newly fit legs in skintight leggings.

The mother of six sipped a delicious juice afterward, looking much thinner and more joyful after her 100-pound drop.

The TLC star smiled at the camera as she flaunted her transformation.

Janelle captioned her post: “I had no idea when I first started taking a little time for myself several years ago the EMPOWERMENT that would come from being stronger.

“I workout not just to help me change my body but to be strong in mind and spirit as well.

“I have proven to myself over and over again that when you know how much you can push yourself there aren’t a lot of limits. If you are brave enough.”

She ended the post by asking fans: “What have you done that proved empowering?”

TLCKody is now only married to Robyn Brown[/caption]