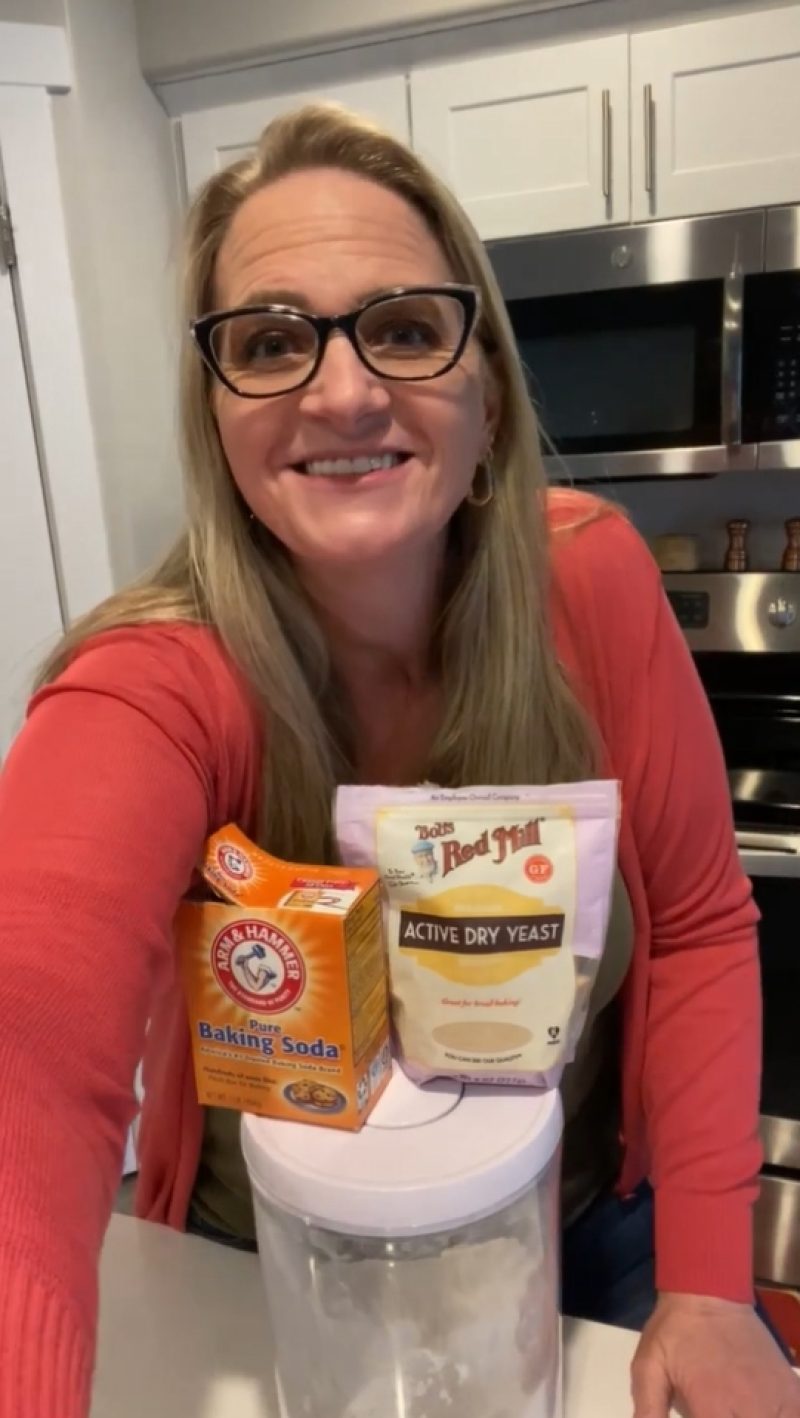 CHRISTINE Brown has flaunted her slim new figure in a promotional video as she shares snippets of her life after leaving Kody.

The Sister Wives star has prioritized her health and wellness in the year since they called it quits.

Now Christine, 50, has shown off her amazing results in a clip shared to her Instagram feed.

The reality star took to the platform on Tuesday to promote her new Instagram Live series: “Cooking with Christine.”

The TV personality posed in a green tank top, salmon-colored sweater, and ripped jeans in the kitchen with her hair worn straight and black-framed reading glasses.

Christine addressed the camera while holding a bunch of baking ingredients.

“Hey! Join me on Friday at 10am, we’re going to do another cooking live.

“I’m so excited, we’re going to make pretzels this time. This is the deal, I haven’t made pretzels for years.”

She continued: “I kinda wanna make them in the shape of a heart, you know, I think that would be super cute.

“But also, I wanna do some cinnamon sugar dipping and things like that. Anyways, should be a lot of fun so see you on Friday at 10am.

“Also, I would love any tips that you guys have. Thank you so much!”

Christine captioned her post: “We’re making PRETZELS on a live this FRIDAY 10am MST. I’m so excited!! Make sure you’re subscribed to watch, just use the button in my profile.”

The TLC star’s update came as she navigates her new single life away from the Brown family patriarch, Kody.

Fans are used to seeing the reality star slam her polygamist ex on the show since their split in November 2021.

The 26-year-old daughter of Christine and Kody, 54, is a mom to Avalon, one, and two-month-old twins Archer and Ace.

The image showed the three little ones cuddled up together on a blanket.

“I totally stole this photo from Mykelti how could I not?” Christine gushed in the caption.

Fans had a lot to say in the comments, and the proud grandmother decided to jump in and answer some questions.

One asked: “Are these the only twins in the Brown family?”

Christine made a rare comment about her ex Kody in her reply.

“Kody has twin nieces and I have twin grandparents,” she wrote.

Fans rarely see Christine, who shares six kids with Kody, talking so respectfully about her ex.

Earlier this month, fans think she shaded the Sister Wives lead after he and Meri announced their breakup.

The post was liked by Christine, who has relocated to Utah since her split from Kody.

Many fans picked up on the ex’s sly social media move, with one describing it as “savage.”

During the recent Sister Wives: One-on-One specials, Christine made her feelings toward Kody clear.

She slammed him for “complaining about the other wives,” including Meri and Janelle, but “never” his favorite wife Robyn.

Following his and Janelle’s breakup last month, Kody is now down to just one remaining sister wife.

Robyn has been criticized by both the other three and TLC viewers for defending Kody’s actions amid the messy splits.

Christine, Meri, and Janelle have all embarked on impressive weight loss journeys since ditching their shared husband.