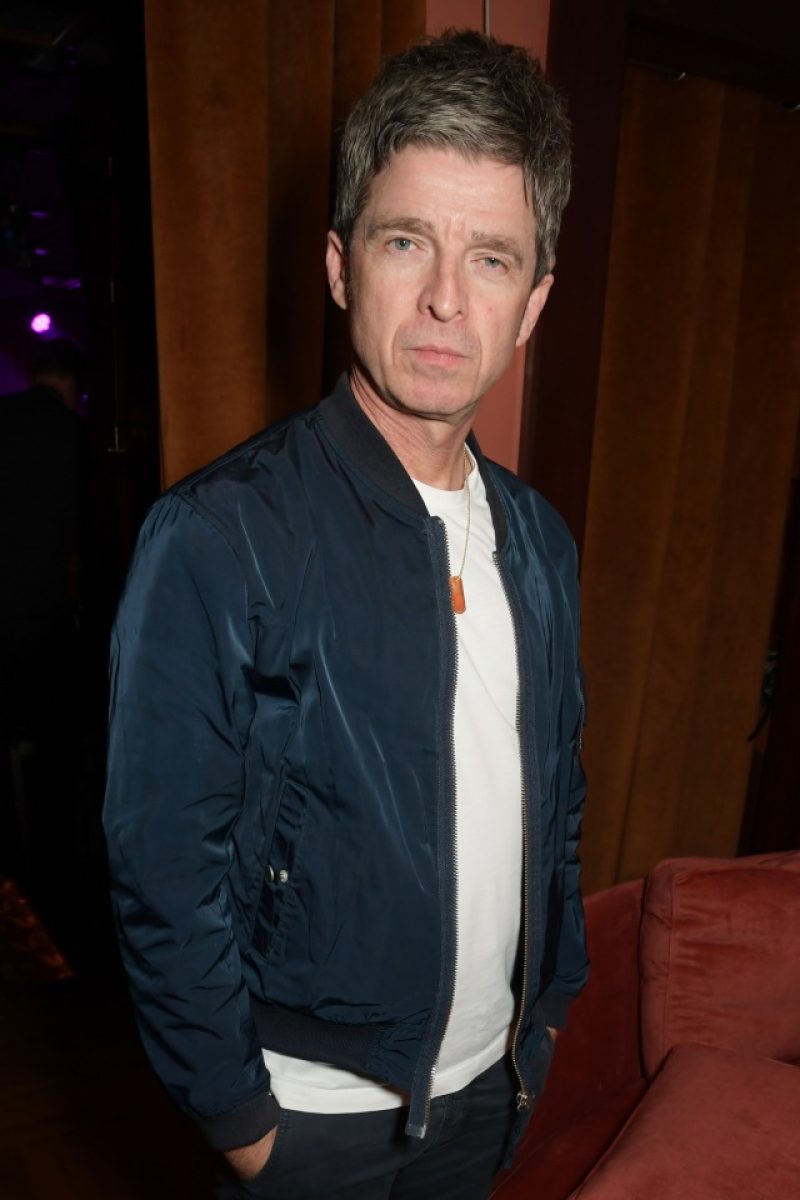 THE news of his split from Sara MacDonald rocked fans of Noel Gallagher last week.

And as well as his estranged brother Liam rushing in to show his support, I can reveal supermodel Kate Moss has been counselling him in the wake of the break-up.

A source said: “After his split from Sara was made public, friends from Noel’s Primrose Hill set have been rallying around.

“Kate has been divorced and has been in touch.

“While they’re not out partying all night any more, they remain friends and she has reached out.”

Kate and Noel have been good pals since they started hanging out in the Nineties.

I revealed last week how Noel and Sara had called time on their 22-year relationship.

The pair told me in a statement they were focusing on their sons, Donovan, 15, and 12-year-old Sonny.

A source added: “Noel is keen to keep his divorce proceedings quick and clean and wants no fuss.”

Following the news of the split, Noel announced his new album, Council Skies, which is out on June 2, with his band High Flying Birds.

In a number of interviews to promote the record, the star was quizzed about his relationship with Liam — who had a bitter feud with Sara.

But this week on BBC Radio Manchester, Noel said the pair had been getting on “brilliantly”.

During the chat, Noel insisted he would not rule out an Oasis reunion.

But he also played down fans’ hopes of the warring brothers getting back together any time soon.

He said: “Well, you should never say never . . . it would take an extraordinary set of circumstances, but that’s not to say those circumstances won’t ever come about.

“I’ve said it a thousand times, if Oasis hadn’t reached their potential, and there was something left to do, it would be different.

“Now that’s not saying in ten years’ time it won’t appeal to me.”

Yesterday Liam continued to fuel talk of a reunion.

When asked by a fan if Noel meant it when he said he would “never say never” to a reunion, Liam replied: “Yeah he never tells porkies.”

Another fan asked on Twitter: “You and Noel getting back together, Liam?” to which he said: “Hope so.”

But on the platform last night, wind-up merchant Liam joked: “Just had RKID on the phone begging for forgiveness bless him wants to meet up. What Dya reckon meet up or f**k him off?”

Sam gets cozy with Christian

SAM SMITH won’t be writing any more heartbreak ballads for a while – the superstar has found love with a multi-millionaire designer.

I can reveal the Stay With Me singer is dating Brit fashionista Christian Cowan, after they were seen arm-in-arm in New York earlier this week.

But the relationship has quietly been building for months, with Sam bringing Christian to the White House to meet President Joe Biden in December, before enjoying a romantic getaway to Sydney.

A source said: “Sam hasn’t properly dated anyone for quite a long time and was embracing single life.

“But things have really blossomed with Christian and it just feels really right for them both.

“Sam is about to release a new album, Gloria, and is darting around the world – so it’s a busy time.

“But Christian is trying to be with Sam as much as possible.

“They have travelled a lot in the past few months and even had tattoos done together a few months ago – they are having a great deal of fun together.”

Since graduating from fashion college in 2016, Christian has dressed stars including Jennifer Lopez, Lil Nas X and Nicki Minaj.

This should mean some on-trend outfits for Sam, too.

But it’s a U-turn for the star – who will perform No1 single Unholy at next month’s Brit Awards, after celebrating their 30th birthday last May.

In a new interview on radio in Australia, Sam explained: “When I hit 30 I felt this crazy rush of freedom and I felt so young. And I realised how much I enjoy getting older.

“I had a beautiful birthday and I basically threw a wedding for myself, which was fab. I did a wedding.

“I got married to myself, basically. We were in Italy, fireworks, it was really fun. I went overboard.

“Then I took myself to bed nice and early and had a bath.

“I feel like my twenties were for the drinking and the partying and now I’m enjoying the slower life.”

THE idea of a greatest hits tour from Madonna was brilliant . . . until I saw the prices.

Tickets go on general sale tomorrow, but yesterday’s fan pre-sale revealed the Queen of Pop is charging £436.85 for seated tickets on the ground level at the front of London’s O2 Arena.

Clearly not affected by the cost-of-living crisis, Madonna’s demanding huge amounts of cash for the show in October, which is part of her Celebration tour.

I might have to remortgage the house to be able to get a decent ticket.

FALL OUT BOY have announced their first album for five years, with eighth record So Much (For) Stardust.

Last night first single Love From The Other Side dropped ahead of the album release on March 24.

Singer Patrick Stump said: “Technology has made it really easy to make records much more quickly these days. There’s nothing wrong with that, and that spontaneity can be exciting.

“But we wanted to get back to the way we used to work.

“We wanted to make a record that was really lovingly crafted.

“I’m not a very proud guy, but I’m pretty proud of this record.”

THERE are weather warnings across the country – with snow falling and temperatures dropping to minus three in Manchester.

But if it’s all getting a bit brass monkeys, that wasn’t going to stop Helen Flanagan from stepping out in this skimpy bra top.

The former Coronation Street actress – who in October split from footballer fiancé Scott Sinclair with whom she has three young children –  put on the show just over a week after getting a boob job.

She told how she had decided to boost her bust because her breasts had “sagged” after years of breastfeeding.

Helen told a follower on Instagram: “I liked ­having smaller boobs but didn’t like how much they sagged (no nicer word to describe it).

“I had to go for a bigger implant than I first had in mind, to fill out and lift them to make them pert.”

No wonder she was so eager to show them off.

HER wine range is one of the best celebrity vinos on sale, in my opinion.

The brand behind her bottles of plonk, which started trading two years ago, has raked in a whopping £22million – compared to £12million in the 12 months before that.

Recently Kylie also got involved in the zero per cent alcohol market and has now brought out her own 00 pink prosecco.

It gets my vote.

A Stella faux pas by Tom

TOM GRENNAN has admitted he had no idea who fashion star Stella McCartney was when they met – and tried to get her to take a photo of him, just to make her go away.

On his new podcast The Tom Grennan Phone In, which launches today, he tells the embarrassing story.

He said: “I was in LA, and I was at one of these parties, and Stella McCartney had invited me.

“I was talking to Dave Grohl, Katy Perry, Paul McCartney, and this woman walks over and joins the conversation and I’m like, ‘Who the f*** is this?

“She’s interrupting everything and I’m in a good conversation right now’.

“I was pretty p***ed as well, so to stop her talking I was like, ‘Excuse me, do you mind just taking a photo?’

“She did take the photo, to be fair.”