Love Island first look: Fuming Ron in new feud with farmer Will after he tries to ‘steal his girl’ 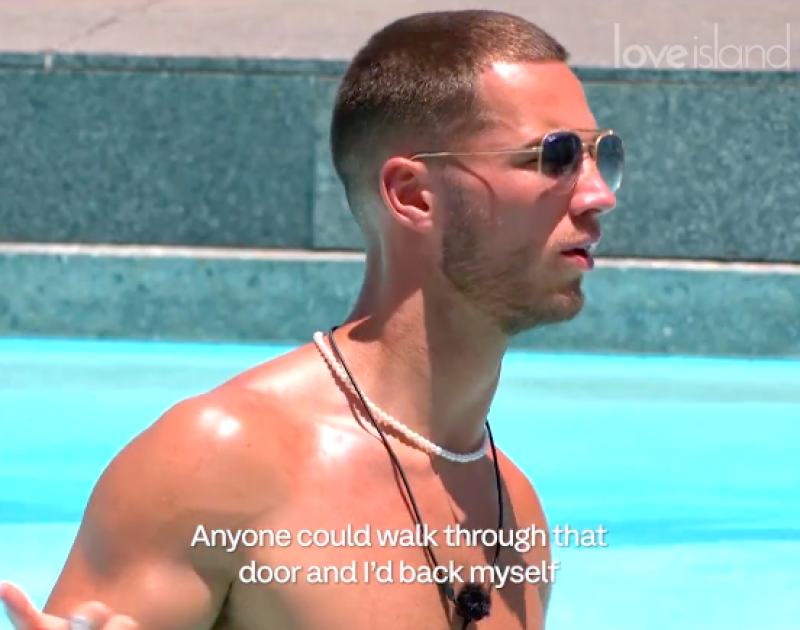 LOVE Island’s Ron Hall has been left raging after Will Young set his sights on his “bird” Lana Jenkins.

Tom pinched 27-year-old ring girl Olivia Hawkins from him when given the chance to pick one of the girls to couple up with.

The Islanders were then warned that the first recoupling will take place later this week and, whoever ends up single, will be on a flight home to the UK.

In a sneak peek of Wednesday night’s instalment of Love Island, single Will pulls Lana, 25, aside for a chat.

He tells her: “I haven’t really got to know you yet. Do you know what I mean?”

Will had asked make-up artist Lana to join him in a quiet spot around the corner from the main garden area.

Ron, however, clocked Will moving in on his girl – and is furious.

Standing waist-deep in the villa’s pool, he rages: “I’m not stressing because I know where we are.

“And okay, yeah, you’ve got another fella who’s trying to literally nick your bird off you.

“Anyone could walk through that door and I’d back myself that, even if there was a recoupling again tomorrow, that I’d try my hardest to get her back the following day.”

Unfortunately for Ron, things are set to go from bad to worse after the arrival of another male bombshell.

David, a money adviser from Essex, is however quite choosy when it comes to ladies.

“I’m very picky – I haven’t met the right one yet,” he said, ahead of his Love Island debut.

“The person you’re going to meet is never going to be perfect, but I’ve got my standards, yeah.”

Love Island continues at 9pm on ITV2, Wednesday January 17ITVWill tells Lana that he ‘hasn’t got to know her yet’[/caption]