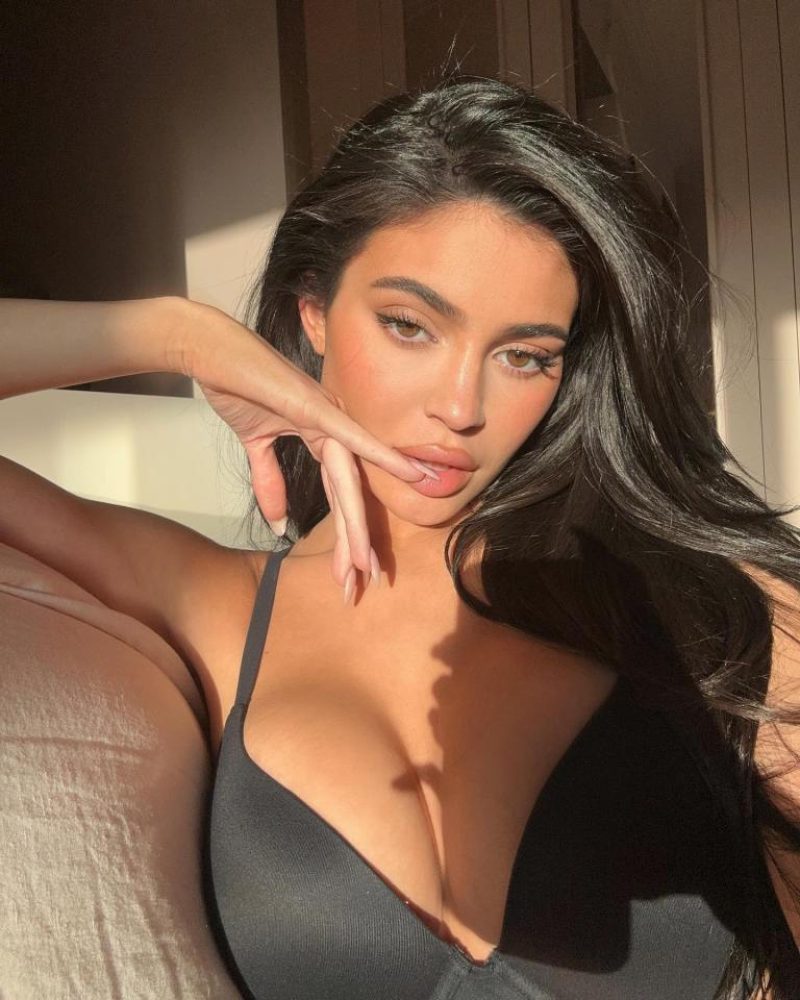 In the newest snaps that Kylie, 25, posted to Instagram she sported a hugging black bra that hardly contained her busty bosom.

The four photos that the 25-year-old placed on her Instagram carousel showed different angles of the Hulu star in her bra.

Two of the selfies were close-up snaps of the Kylie Cosmetics founder’s face minus her breasts, while the other two captured her face and hefty cleavage.

In the caption of her photo dump the mother-of-two wrote: “Don’t be f**king rude.”

Kylie’s caption seemed to mock her older sister Kim Kardashian, 42, since that phrase has been credited to her.

Fans and friends of the beauty mogul flocked to her comment section to praise her bodacious body.

Another raved: “I’m shocked by your beauty Kylie,” and third praised: “Your skin is perfect Kylie.”

Other fans just brought up another line from the Keeping Up With The Kardashians episode that spawned the iconic quotable.

In one particular episode of the past reality series KUWTK, the Skims founder overheard her sisters Khloe, 38, and Kourtney Kardashian, 43, badmouthing her.

Kim caught wind of what her siblings said about her because she was outside of the hotel room door as they spoke it.

When the mother-of-four knocked on the door, and then proceeded to enter the room that Khloe and Kourtney were in, the Good American founder tried to shut the door.

The door hit the reality star as she walked in, causing her to push it open and hit the 38-year-old with her purse for closing the door on her.

She yelled at the mother-of-two: “Don’t be so f**king rude!”

A shocked Khloe attempted to grab Kim’s arm to stop her from swinging her purse at her.

In the background Kourtney can be heard yelling, “are you kidding me?!” and “stop, what are you doing?!” to Kim.

It’s obvious that Kim completely ignored the eldest Kardashian sibling because she ended up threatening Khloe.

“I swear to God, don’t be f**king rude. I’ll f**king hurt you. Don’t do that,” Kim told the youngest Kardashian sister as she punched her in the arm.

Over the years the KKW Beauty founder’s “don’t be so f**king rude” quote has trended several times on social media.