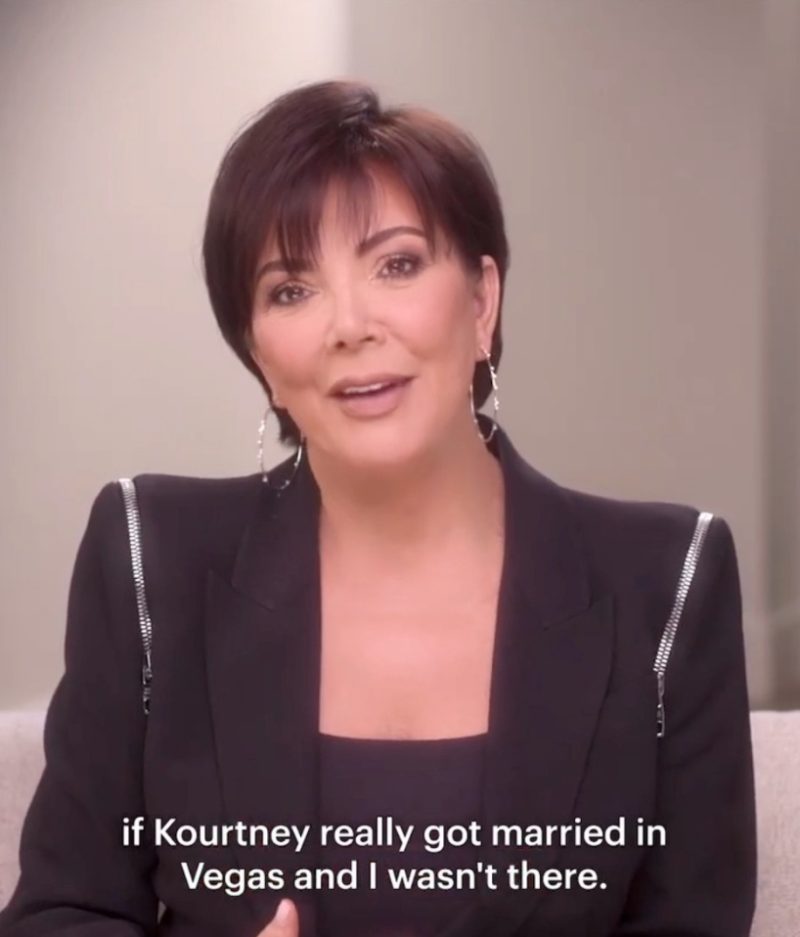 Kris, 67, recently took to Instagram to show off the lavish gifts that she bought for every granddaughter, except for Kim’s eldest North, 9 and Kourtney Kardashian’s daughter Penelope, 10.

In her Instagram stories the 67-year-old posted a snap of a photo collage that had photos of the respective presents she bought for her grandkids Dream, True, Stormi and Chicago.

The presents that the momager purchased for certain grandchildren were from the doll company LOL Surprise.

It appeared from the photo collage that 6-year-old Dream, 4-year-old True, 4-year-old Stormi and 5-year-old Chicago all got multiple LOL Surprise gifts from the businesswoman.

The mother-of-six captioned her story: “Thank you LOL for the amazing surprises for my granddaughters at Christmas!. They were tickled in pink! [heart emojis].”

She tagged the toy company in her stories alongside giving them a shoutout.

Each snap in the collage showed four boxes stacked up like a pyramid for the four particular grandchildren.

On the outside of the box that was placed on the bottom of the present pyramid was a big logo of each individual child’s name alongside a cartoon version of them.

The only granddaughters who appeared not to have gotten the same gift treatment were North and Penelope.

While North didn’t get LOL Surprise doll, she’ll receive something more in time.

Kris has made a “provision in her will that North gets the bag” when she passes away.

The bag she’d get is a Karl Lagerfeld designed purse, which originally was supposed to gifted to Kim, however, was given to Kris instead.

Back in September Kim opened up about the time that she shot with Karl, prior to his passing in 2019, last year on The Late Late Show with James Corden.

“I went to my first-ever Met Ball, and I’m sitting at the table, and Givenchy dressed me, and Ricardo Tisci, the designer, said, ‘Oh my God, I have this idea. You’re eight months pregnant. Let’s do a shoot with Karl Lagerfeld,’” Kim recalled.

Kim continued: And so, I went to Paris, and I was so excited, and I told all my friends, and they were like, ‘Oh my God, you’re shooting with Karl Lagerfeld.’”

She then explained that the “rumor” was those who worked with the famed designer for the first time were gifted a bag that she was eager to receive.

“I was so excited, I was, like, dreaming about what bag he’s going to give me. It was, like, so exciting just to be in his presence,” the Hulu star expressed.

However, things took a turn when Kim’s mother showed up donning what the TV star described as “head-to-toe vintage Chanel.”

“He falls in love with her,” Kim said of Karl’s reaction to Kris’ attire.

“He doesn’t hardly even acknowledge that I’ve been like sitting there – it’s all about Kris Jenner,” she added.

The beauty mogul admitted that she tried to hold her composure to complete the job, though she did not expect what would happen next.

“At the end of the shoot, I’m like so excited, dying, waiting for my bag, texting all my friends like ‘Oh my God, the shoots almost done, I wonder what bag I’m going to get,’” Kim prefaced.

The mother of four gushed over the black and white crystal “Lego clutch” showcased to her, calling it a “one-of-a-kind” accessory.

“I’m literally like, ‘This is the moment. He’s going to give me the bag,’” Kim said with her mouth agape.

However, the exchange didn’t go as Kim planned as she revealed that Karl passed the bag “over her” to gift to her mother.