Kim Kardashian shows off her real skin and ‘freckles’ in makeup-free new TikTok with daughter North, 9 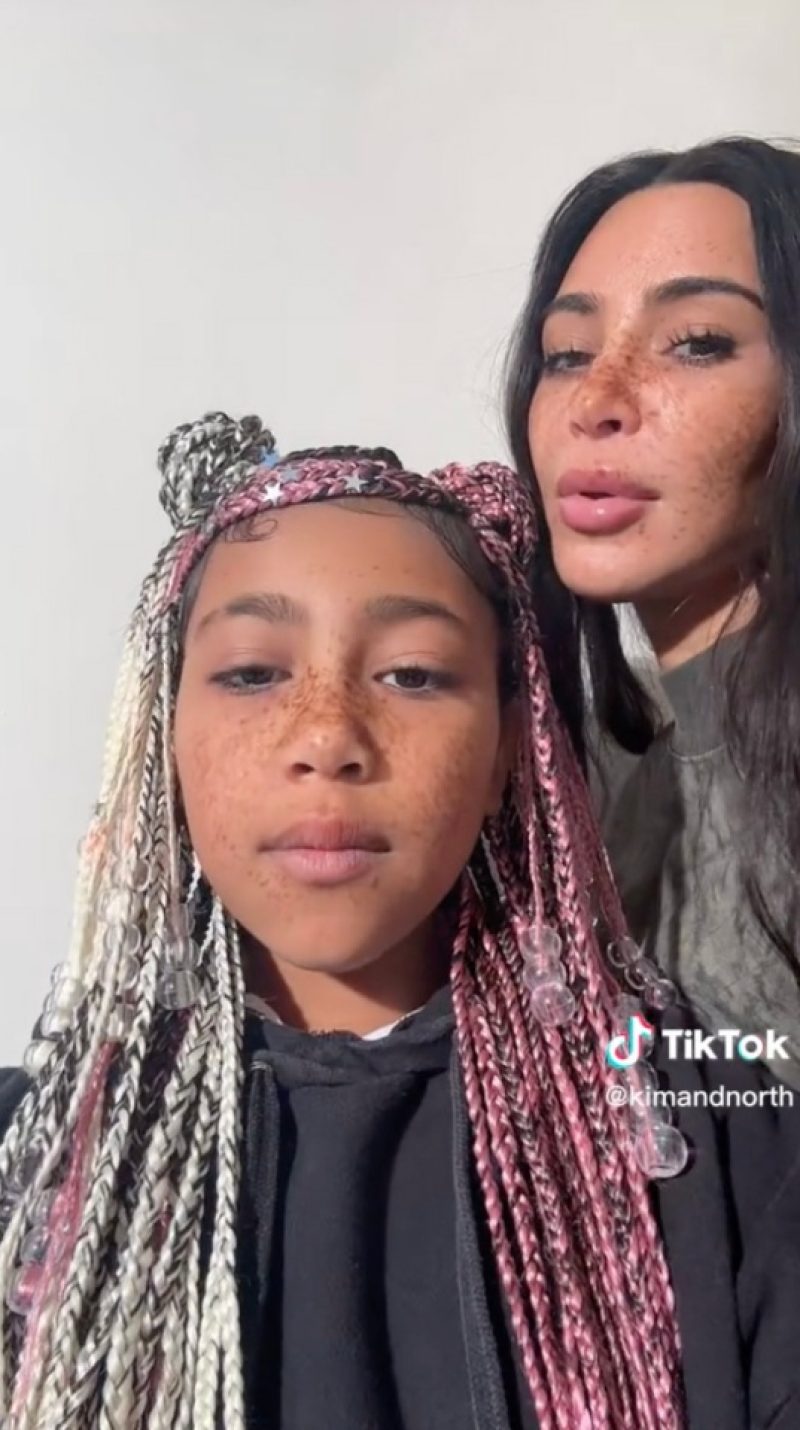 KIM Kardashian has given fans a glimpse at her real skin in a new social media post.

Kim, 42, shares a TikTok account with her eldest child North, and the mother-daughter duo often post clips of them lip-synching together.

In their latest video, Kim and North are singing along to the track Sure Thing by Miguel and are both covered in freckles due to a filter.

Mom of four Kim appears to be loving her new look as she stands behind her daughter pouting.

The Skims founder is wearing a khaki green patterned sweater and is wearing her dark hair down in loose waves.

Apart from the freckly filter, Kim is modeling a fairly natural look with clear lipgloss and penciled-in eyebrows.

Her nine-year-old daughter – whose father is Kanye West – is dressed in a black hooded sweater and is still sporting her pink and white braids, which she first showed off last weekend.

It comes after North exposed her mom’s real skin with wrinkles and blotchy patches in an unedited TikTok earlier this week.

The video was posted on Kim and North’s shared account, @kimandnorth.

During the TikTok, the Hulu star and her daughter lip-sync along to the popular audio, Meanie Sped Up.

Kim, with her natural dark hair parted down the middle, mouths, “I don’t understand. Why are you being so mean? You’re a mean, mean man,” at the start of the recording.

The video then showed North managing to rap along with the sped-up lyrics of the song.

Kim’s natural skin was on full display in the early moments of the video.

The TV personality’s fine lines, wrinkles and uneven skin texture that is normally absent were captured within the 14-second duration of the unedited video.