Kim Kardashian shows off bizarre $1.5K side table at her $60M mansion after mogul is bashed for ‘flaunting her wealth’ 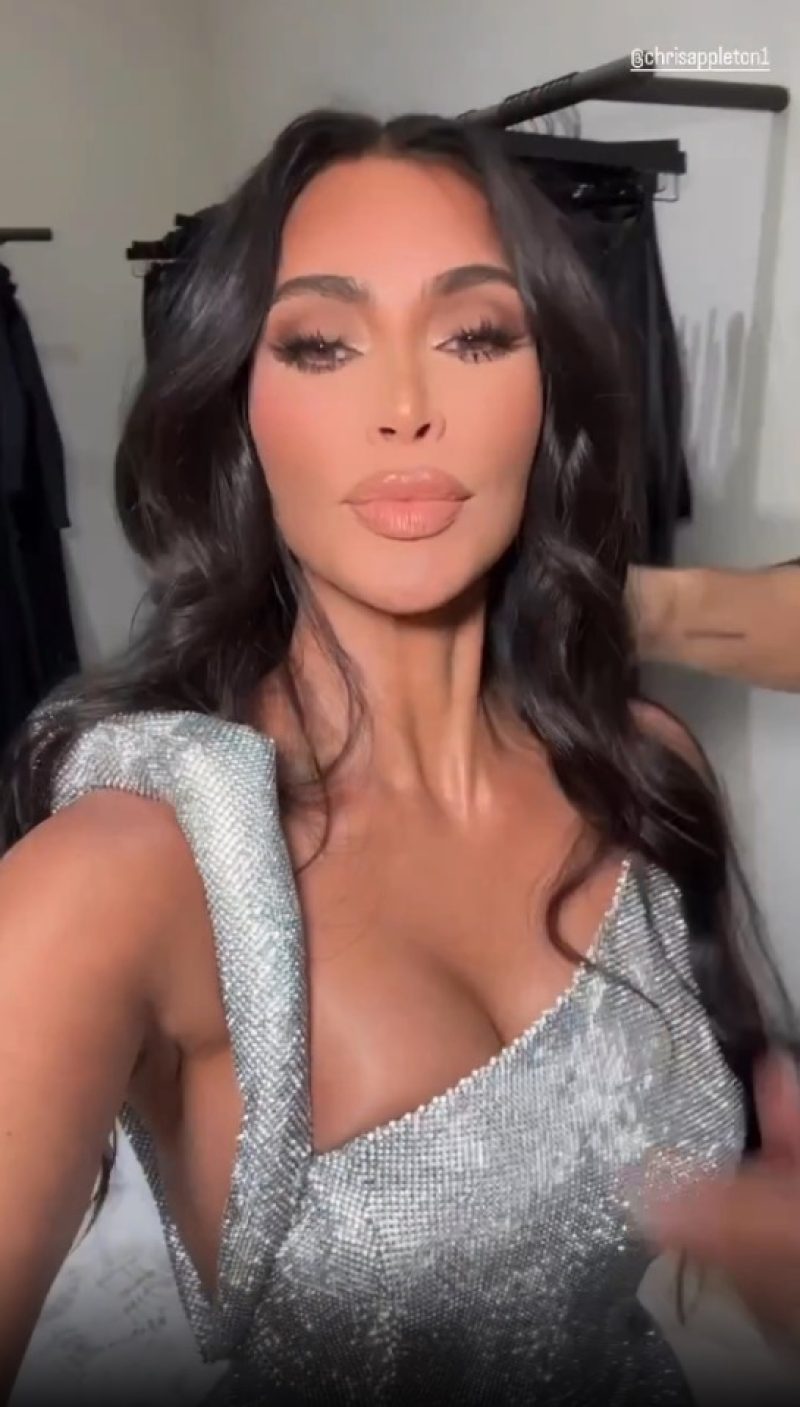 KIM Kardashian has shown off her bizarre new side table in her $60million Hidden Hills mansion.

The 42-year-old splashed out almost $1,500 on the roughly-hewn table, which was carved out of onyx.

The reality star placed it in her living roomInstagram/Kim Kardashian

Kim – who is said to be worth $1.8billion – shared a photo of the table while paying a visit to Olive Ateliers.

She captioned the snap on her Instagram Story: “My favorite new store for home accessories.”

The SKIMS mogul then showed fans how she had styled the table at home – next to a sheepskin chair and with a small stone vase placed on top.

Kim is no stranger to forking out for an expensive purchase and faced ample backlash over her lavish lifestyle over the holidays.

The Kardashians star came under fire for letting her daughter North, nine, decorate her Christmas tree with $100 bills.

North gave a tour of the tiny tree in her all-pink bedroom in a video on TikTok, set to Ariana Grande‘s holiday song Santa Tell Me.

She showcased each new ornament as she placed them on the tree.

They included decorations that were made to look like rolled wads of $100 bills, sealed stacks of the same currency, and classic film cameras.

Critics were less than impressed, with one writing on Reddit: “Lmfaoooo with everything going on they think this will make them more likable? Tacky af.”

“This is disgusting wow,” chimed a second.

Kim was also slammed as “out-of-touch” for hiring a pianist to play Christmas songs in their living room for her four kids every morning.

She posted a video of her lavishly decorated Christmas tree and the musician playing her baby grand piano.

She captioned her post: “It’s that time of the year…

“@philthekeys comes over every morning to wake my kids up by playing the piano while the mad morning rush is happening to calm their little souls and fill it with beautiful Christmas songs.”

But fans were appalled by the tradition and shared their outrage online.

“Isn’t it so out of touch to have a pianist in your home for Christmas days? Kim uses every type of paid help at her house,” one wrote.

“She does realize that all her kids probably want is for her to make them some pancakes, give them a hug, and actually spend time with them right?” a second posted.

“Like what kid gives a s**t about a man who they don’t know playing the piano for them?”

Kim has even faced backlash from her own daughter, with North recently calling out her lack of contribution to the decorating process.

The reality star took to her Instagram Stories to show off a line of brightly lit Christmas trees arranged on her balcony outside her bathroom.

She told her followers: “Oh my gosh, on the balcony I put all of these trees in a line it’s so beautiful.”

As Kim walked toward the display to give her fans a better look, North could be spotted walking alongside her mom.

“Well you didn’t do it yourself,” she chimed in slyly.

PrevPreviousSister Wives fans rip Meri Brown for ‘crazy expensive’ weekend at her Utah bed and breakfast as she promotes $6K retreat
NextWho is David Fishwick and what is his net worth?Next