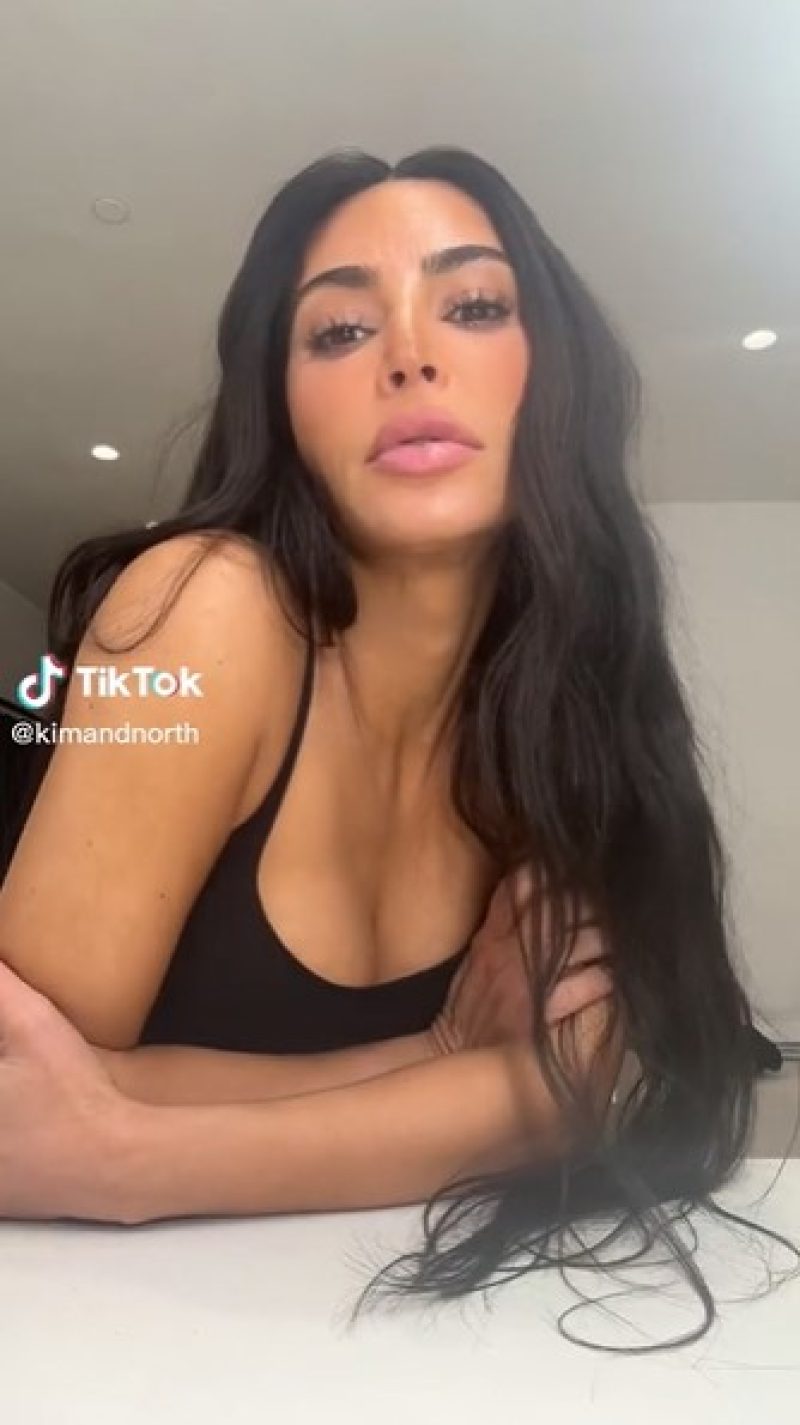 KIM Kardashian has sent fans wild after transforming into a “British chav” in an “iconic” new TikTok.

The 42-year-old slapped on heavy concealer, huge drawn-on eyebrows and badly applied fake eyelashes to become a “chav” – which is the British equivalent of American trailer trash.

Kim started off the TikTok wearing a black plunging tank and wearing her dark hair in loose waves.

She finished off the look by sloppily applying fake eyelashes that hung off her eyes.

While Kim’s video was intended to be funny, the mother-of-four also appeared to throw shade at her sister Kylie Jenner in the clip.

At one point, she whipped out a Kylie Cosmetics blush and swirled neon pink blush on her cheeks using the brush.

The dig comes after Kim and Kylie had a squabble on social media earlier this week.

Kylie posted a photo series of her posing in a wide-open field of grass wearing a black Skims  jumpsuit, prompting criticism from Kim for not promoting it.

Kim commented on the photo: “can u tag @skims please LOL.”

Hours later, Kim appeared to hit back by posting a TikTok of herself rolling her eyes.

She captioned it, “Every time I FaceTime my sisters group chat,” and added an eye roll emoji.

The Kardashian sisters have reportedly been in a feud for months, and a good example is the sisters’ trip to Miami.

During their getaway, they made a TikTok video in which Kylie, Khloe, Kourtney and Kendall were all messing around and having fun.

They were all wearing coordinating outfits, but Kim was absent from the girl’s trip.

Fans picked up on Kim’s absence, with one commenting: “And then there’s Kim at home making TikToks with North.”