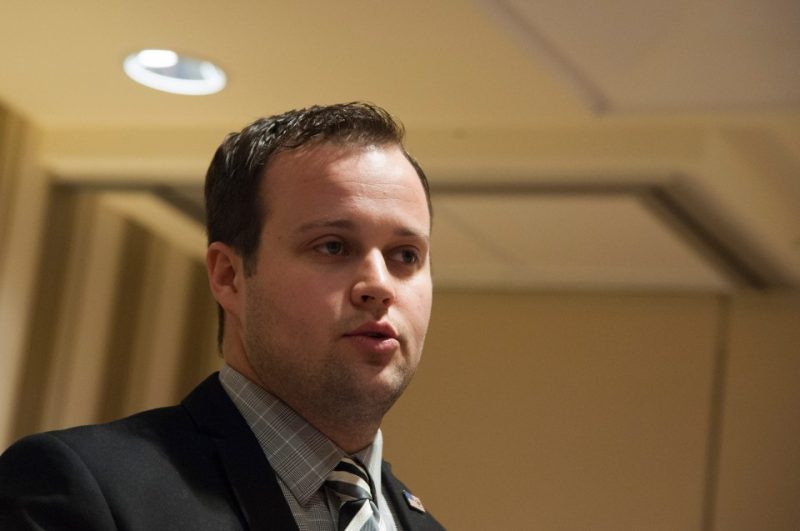 JOSH Duggar is at risk in his “understaffed” Texas prison as gang fights and medical neglect run rampant.

Josh, 34, is serving a 151-month sentence for his child pornography conviction at FCI Seagoville in Dallas, Texas.

ABC 8The federal prison is in Texas and houses nearly 2,000 inmates[/caption]

The U.S. Sun can exclusively reveal Josh and nearly 2,000 of his fellow inmates live in a hostile environment and suffer medical neglect, according to a family member of one of the prisoners at the facility.

The source claimed to The U.S. Sun: “There’s not really much security around because they’re dramatically understaffed.

“The prison has pretty heavy politics, which means there are gangs in it. Fortunately, it is nowhere near as violent as a medium-security facility. It’s not actually a very violent facility.

“But it is just a dangerous situation, given the level of neglect and so I know that my family member has felt concerned for his, I guess I would say he’s always concerned for his well-being, even if he feels physically safe.”

As The U.S. Sun previously reported, one inmate even went as far as to sue FCI Seagoville after he claimed he was beaten by a fellow inmate.

On October 6, 2022, an inmate filed a complaint against the Texas federal prison, claiming staff released him back into the general public knowing he was “in fear of his life.”

The inmate alleged of a July 27, 2022 incident: “I was assaulted with a lock by an inmate who was paid by other inmates to do the assaulting.”

The prisoner was seen by the medical team and placed in the Special Housing Unit, which is a high-security area used for prisoners who pose a danger to others or are at risk if left in the general public.

The complaint continued: “I informed [staff] I am in fear for my life and can’t stay here. On September 16, I was released back to general public to only have my life threatened again.”

He requested “monetary value” for “all the suffering that occurred by the gross negligence of the staff at this institution.”

The case was dismissed by the judge on December 19 because the inmate failed to respond to the court’s questionnaire despite being given “ample time” to do so.

According to the Bureau of Federal Prisons, the inmate is now serving his sentence at Forrest City Low FCI in Arkansas.

The insider also alleged to The U.S. Sun that inmates often suffer medical neglect, as the prison doesn’t always hold “sick call” on the scheduled days.

The source claimed: “My family member hasn’t received any medical treatment for it in two and a half years for his disability. He’s asked and they keep telling him that he’s on the list.

“He needs glasses, and he’s been on the list to get an optometry appointment for over a year and still hasn’t gotten any.

“My family member has had situations where he’s had a cold or COVID. And sometimes it’s a couple of days before he’s able to get any kind of attention at all.”

The insider added: “Someone I know said her husband is always sick because he’s just constantly always cold and undernourished.”

FCI Seagoville did not respond to The U.S. Sun’s request for comment.

The source previously told The U.S. Sun that the inmates live in conditions that make them more susceptible to illness.

The source alleged: “They go without electricity or heating for days, even when a big cold front came through Texas. They didn’t have any hot water for days at a time.

“They’ve been through six generators in the past six weeks because they keep burning them out instead of just fixing the electricity.”

A second inmate filed a complaint against the prison on October 25, 2022, for “deliberate indifference” to his “mental and physical needs” for “failure to provide [his] prescribed medication for 31 days while he was confined in the special housing unit at the total mercy of BOP staff.”

In the complaint previously reported by The U.S. Sun, he claimed pharmacy records will show he did not receive his medication while in the Special Housing Unit after he put in requests five days a week.

Seagoville has not responded to the lawsuit and the case remains ongoing.

The inmate continues to serve his sentence at Seagoville.

The all-male minimum security prison made national headlines in 2020 for the dubious distinction of having over 72% of its population infected with COVID.

CNN reported in August 2020 that at least three inmates had died at that point with one of the inmate’s family members calling the facility a “petri dish.”

In another instance, the Bureau of Prisons and the Seagoville warden at the time were sued by an inmate over the conditions within the facility in a civil rights action.

In a complaint reviewed by The U.S. Sun, the inmate alleged that overcrowding exacerbated a number of conditions inmates faced inside the prison.

The inmate, Jed Lineberry, said the overcrowding added to an “increased exposure to a violent environment,” among a slew of other allegations in the federal filing.

His claims were ultimately dismissed since he had already been transferred to another facility.

The trial lasted two weeks before the jury submitted a guilty verdict.

ABC 8The facility is allegedly understaffed[/caption]

PrevPreviousLil Jon Wants To Do What? Season 2: When will it premiere?
NextHow many kids does Kristin Cavallari have?Next