Jeopardy! fans mock celebrity contestants for missing such an ‘obvious’ food clue that ‘it hurts’ 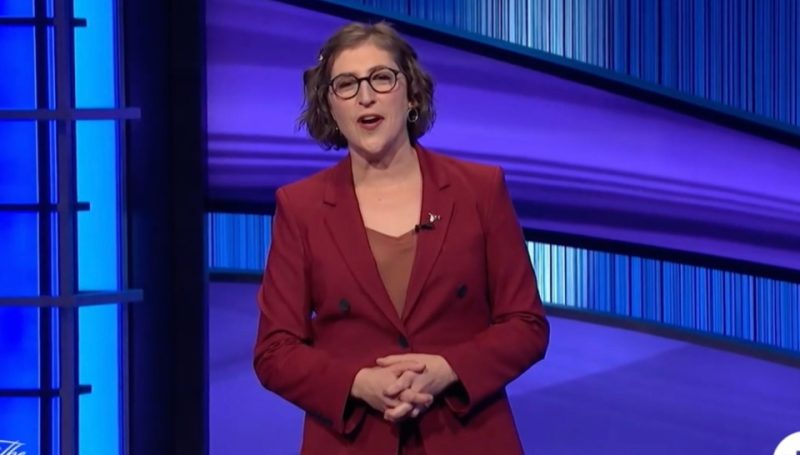 CELEBRITY Jeopardy!’s most recent contestants missed such an obvious clue that fans said it hurt to watch.

The three A-listers got razed on Twitter for not knowing that Iowa is the U.S. state famous for producing corn.

The clue for $300 read: “In ‘Field of Dreams’ a question is asked, ‘Is this heaven? No it’s this midwestern state also known as ‘The Corn State.’”

Torrey buzzed in and guessed: “What is: Wisconsin” and was deemed incorrect by Mayim, 46.

Candace guessed “What is: Nebraska” and also received a swift “no” whereas Patton didn’t buzz in.

“What is Iowa! Iowa,” Mayim told the trio.

According to World Population Review, Iowa produced 2.3B bushels of corn in 2020, about 16.19% of the total U.S. production – by far its biggest contributor.

While Nebraska also produces corn (and is coined The Cornhusker State), Wisconsin is known for its cheese.

Jeopardy! fans had a field day on Twitter where the clip racked up 2.M views.

The user who shared it had captioned it: “That’s it. Cancel Celebrity Jeopardy! forever.”

One fan replied: “I’ve seen this SNL skit before. It’s a classic.”

Another defended: “Nebraska was a good guess. Wisconsin? Not so much.”

A third wondered: “Do you think Patton Oswalt was being nice or did he not know it either?”

And a fifth: “Not only do they not know their states but they don’t know this iconic movie???? Wow!”

“It hurts” a sixth simply lamented.

By the third commercial break and halfway through the episode, Patton’s two rivals were still at $0 and a negative score, respectively.

In fact, by Final Jeopardy, Patton had a tremendous $47K, whereas Candace and Torry were still barely out of the hole with $2.5K and $4K.

The clue was “Born on an island in a sea of milk, this pitchman was jokingly disavowed by the U.S. Navy by saying he is not in personnel records.”

Patton was also correct while his opponents wrote: “Who is?” and “Who is, I have no clue?”

He advanced to the semi-finals – the finals of the tournament-based show will air on February 2nd and the winner gets $1M for charity.

One fan posted: “When I heard which celebrities were in this episode, I was convinced Patton would win. I didn’t think he’d be dominating this much.”

“This #CelebrityJeopardy is awful lol Two people have been in the red for the entire game,” another wrote.

Someone else posted the other two contestants were making Patton “look like Ken Jennings.”

The special had only previously been hosted by the late Alex Trebek, who tragically passed away in 2020 from cancer.

It’s been retooled to be an hour-long tournament with the new Triple Jeopardy! round.

Almost every episode has resulted in a huge backlash from purists and casual fans alike as it’s been deemed so unbeliebaly dumbed down.

Despite the easier materials, many of the contestants have made headlines for not taking their stint very seriously.

Comedian Eddie Huang was slammed for keeping his sunglasses on all show, and Constance Wu cursed in Final Jeopardy writing “tit” on the lectern.

Iliza Schlesinger was slammed for hiding behind the lectern in another episode gone awry.

Then, Hasan Minaj was deemed the “most annoying Jeopardy!” contestant ever for his on-stage antics which included yelling an answer without buzzing in.

He took to Fallon to “insincerely apologize”, irked fans claimed, as he called Jeopardy! fans “geriatric” for not enjoying him.

ABCOne Twitter user replied: ‘Not only do they not know their states but they don’t know this iconic movie? Wow!’[/caption]

ABCPatton Oswald won with $54K and by $50K to the player in second place, which fans said made him ‘look like Ken Jennings’[/caption]

ABCHasan Minhaj went viral for behaving badly when he appeared[/caption]