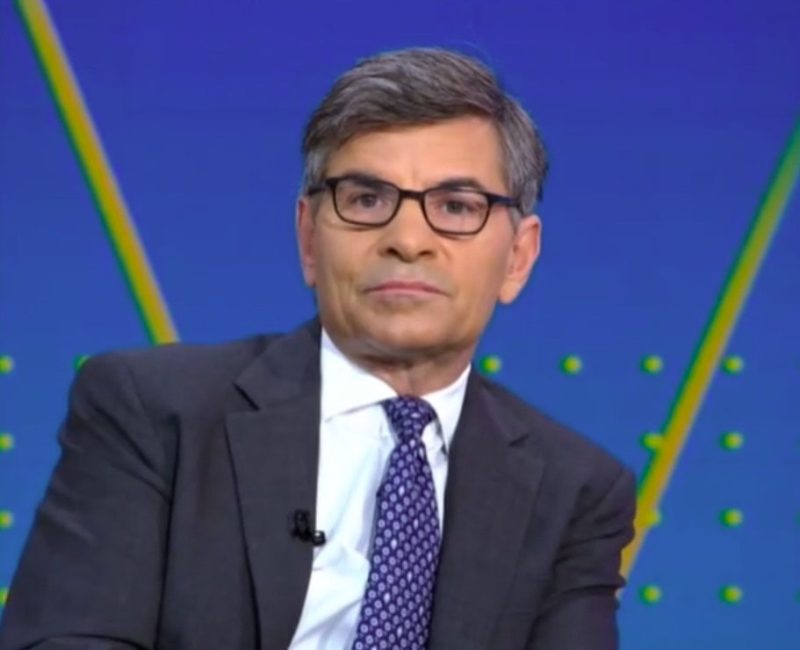 Good Morning America host George Stephanopoulos has revealed he’s been working on a special project away from the popular breakfast show.

George, 61, and his wife Ali Wentworth have been busy producing a two-part documentary via their production company Bed By 8.

Revealing the news on Tuesday’s show, George’s co-host Lara Spencer said: “Someone around here has been working overtime!

“By day he’s our intrepid anchor and political guru, but by night, George Stephanopoulos has teamed up with his wife on a very exciting project.”

She went on to confirm that GMA had an exclusive first look at Pretty Baby, a documentary about the model and actress Brooke Shields.

Lara explained that the two-part documentary “will follow her journey and coming of age in the public eye”.

She went on to reveal it “will feature Shields reflecting on her career” and will premiere at the 2023 Sundance Film Festival on 20 January.

Looking chuffed, George explained to Lara and his co-hosts Michael Strahan and Robin Roberts: “This has been a great passion project.

“Ali bought it about a year and a half ago, and she’s friends with Brooke and we have access to Brooke’s entire archives!”

Praising the documentary’s director Lana Wilson, he added: “And Lana did an incredible job putting together and telling a story that really is a universal story about all young women.”

Michael, 51, confirmed that he will definitely be watching it, simply because he loves the name of George’s production company.

Lana then said to George: “It’s been getting great reviews, I’ve had nothing but great things, so I wanted to share that with everybody.”

George shared the clip on his Instagram page and wrote alongside it: “First look on @goodmorningamerica this morning… #PrettyBaby, produced by @bedby8productions, along with @matadorcontent and @abcnewsstudios, premieres this weekend at @sundanceorg!”

Before that, he shared the official poster for the documentary and told his 90.6k followers: “Here’s an exclusive first look at the poster for “Pretty Baby: Brooke Shields.”

“Through media appearances and archival footage, #PrettyBaby follows @brookeshields’ transformation from a sexualized young girl to a woman discovering her power.

“The docuseries is premiering this weekend at @sundanceorg and is coming soon to @hulu!” he added.

The announcement comes after George’s wife Ali called him out during a TV appearance last week.

Ali, 57, didn’t hold back while discussing her relationship with George on Jimmy Kimmel Live on Friday.

She recalled being in labor with their child and George driving them both to the hospital.

The presenter said she was “crowning” in the car and “could barely breathe.”

Ali slammed George for wanting to park near the hospital instead of pulling into the emergency parking because he claimed their situation “wasn’t an emergency”.

The comedian then went into his behavior in the delivery room while she was giving birth.

Ali said: “Here’s a problem with being married to somebody who’s famous.

“I’m in labor. He looks down – which you shouldn’t do by the way – they give him the scissors to cut the umbilical cord and I see George get light gray [in the face].

She added: “‘Do you need some smelling salts? Here, sit down,’” before saying: “Move it lady!” while jokingly miming the hospital staff elbowing him out of the way.

Ali went on: “They’re like caring for George who feels a little peckish… I have a baby hanging out of my vagina and I’m like, ‘Hi? Hi!’”

ABCGeorge spoke to his co-hosts Michael Strahan, Robin Roberts and Lara Spencer about the upcoming documentary[/caption]