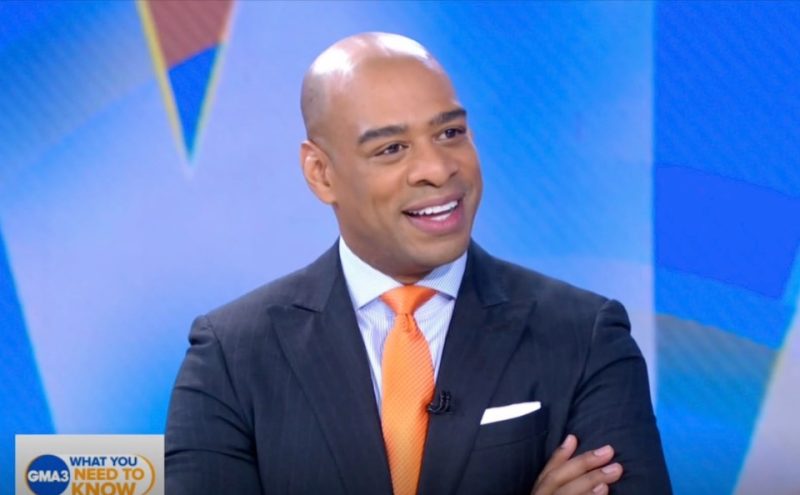 The TV medical correspondent has only just returned to the news program following a short absence.

DeMarco and co-star Rhiannon Ally have been filling in on GMA3 for the past few weeks after hosts TJ Holmes and Amy Robach were forced to take time of following news of their affair.

In recent weeks, Dr Jen has been on and off from her gig as the third host of the show, as she’s taken a few vacations for some quality family time.

On Monday, she had Martin Luther King Jr. Day off, and Dr Darien Sutton filled in for her.

Upon her return on Tuesday, DeMarco threw a bit of shade her way.

At the start of the broadcast, the 44-year-old teasingly fired at Dr Jen: “And look who decided to come back to work!”

Not letting it slide, she shot back: “I was off for one holiday! I know it felt like forever, but.”

This isn’t the first time Dr Jen has been called out for taking quite a bit of time off from the show.

Earlier this month, fans slammed the host for “constantly going on vacation.”

She rang in the New Year with her husband Tom Werner and her two children Alex and Chloe.

The GMA3 star shared a sweet photo of them all posing at sunset on a boat and captioned it: “Happy 2023!”

She then went on to enjoy a ski trip in Utah just days later.

Many critics accused her of taking too many vacations in since-deleted comments under the skiing photos.

One wrote: “And so much money that you can get a private jet to and from Utah and still be at work on GMA in the morning and preach at us mere mortals how we should be living our lives.”

Another added: “I would run like that too, if I was able to vacation in such beautiful surroundings.

“The average person is not that fortunate.”

Jennifer was replaced on GMA during her time off by Dr Darien.

Upon her return following one of her trips, Dr Jen seemed to respond to critics by telling viewers: “Well, you know what they say, look good, play good, feel good!”