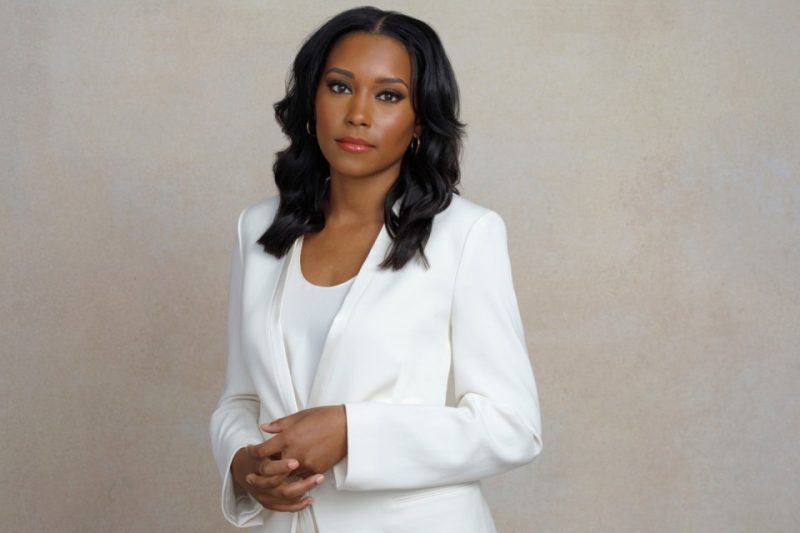 The journalist was promoted to senior congressional correspondent for the Washington team on Monday – meaning viewers can continue to watch her cover major events.

Speaking to their co-worker live on air this morning, GMA’s Robin Roberts, Michael Strahan, and George Stephanopoulos made sure Scott got her well-deserved recognition.

“As always, we appreciate your reporting Rachael, and also congratulations on your promotion.

Scott was quick to share the good news herself, writing in a post: “I’ve always seen my story as proof of all that is possible — when someone believes in you.

“All I can think about today is all the journalists who went out of their way to pour into me. Thank you for redefining what I thought was possible. I am SO grateful, thank you ABC.”

ABC News president Kim Godwin said in a statement sent to the ABC news division that “Rachel has had a meteoric rise at ABC News, and with this promotion, she rightly takes her place as a senior member and leader of our unparalleled and formidable Washington team.”

Scott started on the congressional beat in 2021 and on her first day, she just happened to find herself providing live coverage on the January 6, Capitol attack.

She is described to have “sharp and incisive reporting” on major events and is “an integral part of ABC’s powerhouse political team.”

This includes leading ABC’s coverage on the negotiations of significant legislation including the American Rescue Plan, the Infrastructure Investment and Jobs Act, the Inflation Reduction Act, the Respect for Marriage Act, and gun safety legislation.

It comes as GMA’s Strahan recently showed off his dislocated fingers from his New York Giants days on Fox Sports Sunday which got a stomach-turning response from the other hosts.

GMA’s Ginger Zee recently showed love to a fellow ABC weatherwoman from an affiliate station in Kanas because she accidentally mixed up her words to sound like “sex” on live TV.