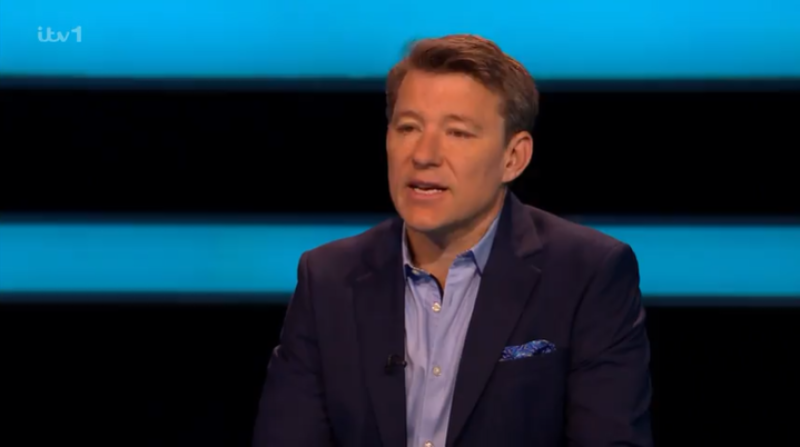 Fans of the hit ITV quiz show tuned in for their usual helping at 4pm on Tuesday.

It sees three contestants answer a series of general knowledge questions as they try to earn counters.

Those counters are then placed in a large coin machine which could see them win thousands in cash.

However the latest episode had viewers worried for the star as they commented on his “rough” and “shattered” appearance.

“When Ben’s got his puffy eyes the camera staff off him a lot and only on him when he’s looking down,” tweeted a third.

A fourth viewer even said the presenter seemed “grumpy” while another said he was going “a bit heavy on the eyeliner and blusher today” to mask his apparent tired look.

“Guess Ben is suffering being a West Ham fan like me, not a good time,” said another viewer.

Meanwhile, viewers were left seriously distracted by a ‘stunning’ redhead contestant leaving even Ben hot under the collar.

The history graduate was joined by two other contestants in a bid to win the jackpot token.

Viewers were taken aback by the pretty redhead’s beauty.

The stunning player impressed viewers with her general knowledge too after she fought off her competition and made it to the final round.

Host Ben even told her she has “charmed the machine.”