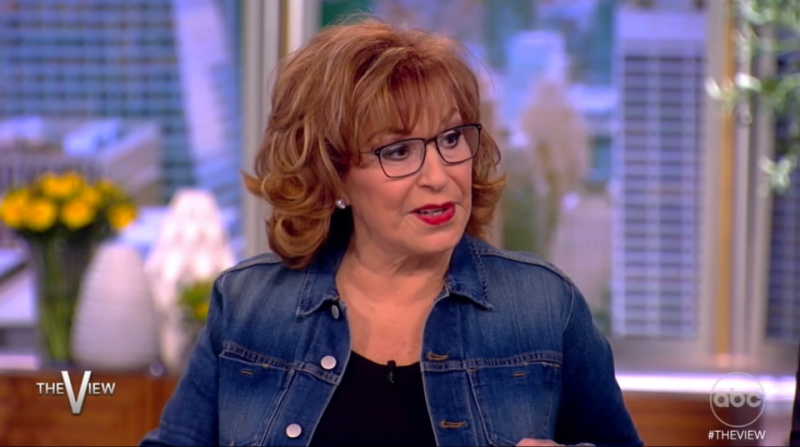 SUNNY Hostin has called out her View co-host for once getting ‘fired’ as she dragged the star into an uneasy discussion on live TV.

While chatting with author Stephen A. Smith, Sunny had some time to ask him a question of her own as the panel took turns speaking with the guest.

ABCWhile speaking to guest Stephen A. Smith, Sunny noted the author had once been fired from ESPN[/caption]

“This book is fantastic, let me lead with that,” Sunny began after The View came back from its commercial break.

She promoted Stephen’s new memoir Straight Shooter, calling it “very honest” about both highs and lows of his career.

“You were hired by ESPN in 2003, where you had so much success, but then you write that you let your ego get the best of you and it led to you being fired in 2009.”

Sunny waved her hand with her next remark: “CNN fired me, GMA fired Joy, it happens to a lot of us.”

She spoke of co-host Joy Behar, who previously worked at Good Morning America at the beginning of her career.

The off-handed comment prompted laughter from most of the panel, including Stephen.

Joy, however, was not pictured laughing at the remark as the discussion continued.

It’s apparent the rest of the hosts had a giggle at the comment, as the show resumed.

During an episode of The View last week, Sunny had some choice words for trolls who had it coming to them.

While the hosts talked about nepo babies, Sunny took that time as an opportunity to discuss some of the comments that trolls had made about her own son, Gabriel.

Sunny then mentioned the fact that there is a lot of nepotism in American politics, particularly with presidents.

“Any parent is going to try to make sure that their children had a better life than they had,” she said.

“I know I tried very hard so that my children had a better life.”

Sunny continued: “And I was very surprised when people said, ‘Oh Gabriel got into Harvard because Sunny bought a building.’”

The mother of two clapped back at the trolls and said: “Look I’m from the Bronx projects. I don’t have money to buy buildings, ok?”

Her co-hosts laughed as she continued.

“So, he earned that on his own. Yes, I would be upset if people took that away from him.

“We taught him, we can open up a door for you, but you gotta walk through it. You got to work hard and be there first and be there last.”

Sunny took her seat on The View while wearing a bright yellow low-cut top last week.

The long-sleeved blouse had a keyhole cutout that showed off some of Sunny’s cleavage.

The host was animated while discussing a political segment about Donald Trump during her time in the spotlight.

She paired the goldenrod top with her signature wavy hair, tasteful jewelry and a fresh manicure.

In the latest issue of People, Sunny confessed that she underwent two plastic surgeries last summer.

Sunny revealed that she had undergone both a breast reduction and lift as well as liposuction on her waist and chin.

The View host made the decision to schedule the procedures after years of struggling with back pain and body pain issues.

By the time Sunny was 16 years old, she said she had already become a DD-cup.

When she became pregnant and gave birth, that size had grown to a G-cup.

With surgery, she was able to reach a C-cup size.

Beyond laughing, however, no one took the moment furtherABC