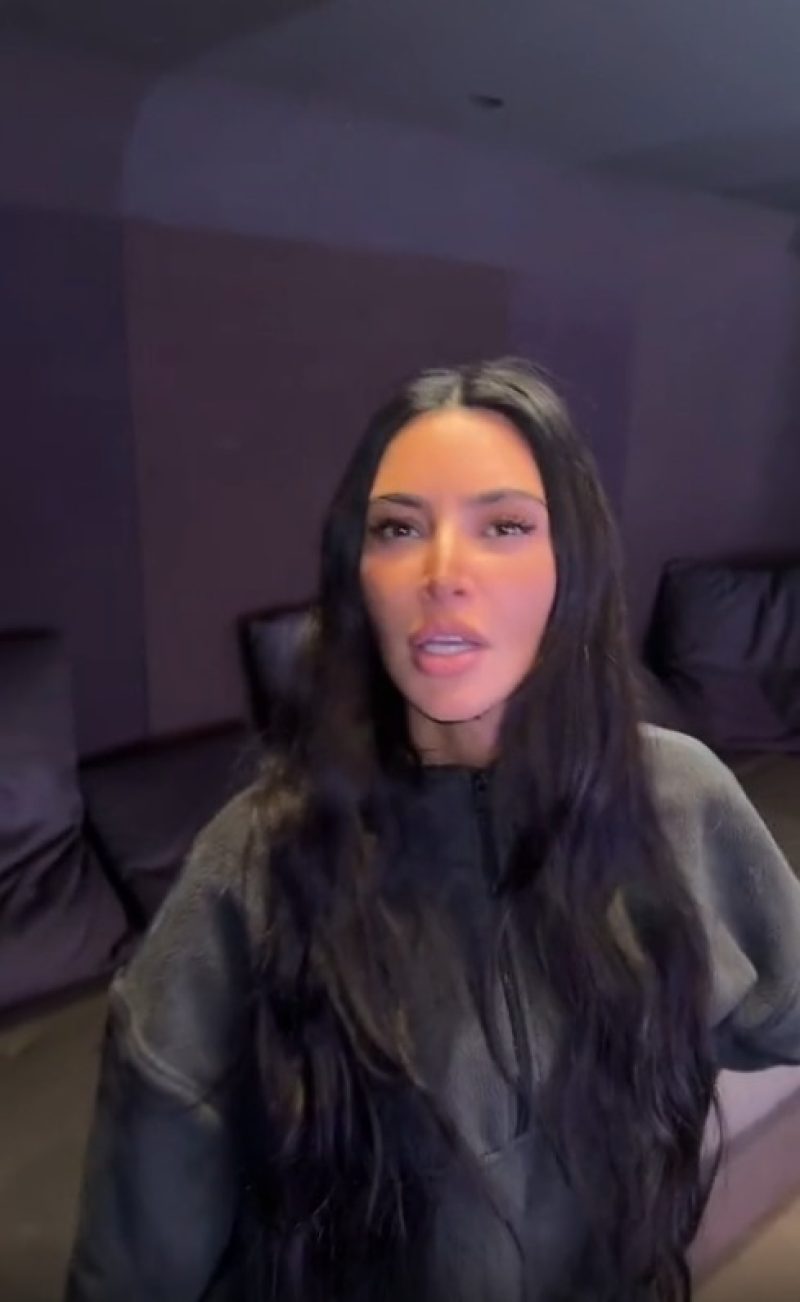 KIM Kardashian’s daughter North has exposed her mom’s real skin with wrinkles and blotchy patches in an unedited TikTok.

The video was posted on Kim, 42, and nine-year-old North’s shared account, @kimandnorth.

TikTokNorth shared the video on her and Kim’s shared TikTok account, kimandnorth[/caption]

During the TikTok, the Hulu star and her daughter lipsync along to the popular audio, Meanie Sped Up.

Kim, with her natural dark hair parted down the middle, mouths, “I don’t understand. Why are you being so mean? You’re a mean, mean man,” at the start of the recording.

The video then showed North managing to rap along with the sped-up lyrics of the song.

Kim’s natural skin was on full display in the early moments of the video.

The TV personality’s fine lines, wrinkles and uneven skin texture that is normally absent were captured within the 14-second duration of the unedited video.

North gave fans a good look at her latest hairstyle in the social media post.

The tween, whose father is Kanye West, 45, flaunted her brand new pink and white braids in the TikTok video.

As previously mentioned, the clip depicted Kim and North lip-syncing to a sped-up version of the track Big Weenie by Eminem.

It begins with mom of four Kim trying her best to keep up with lyrics as she appears to be standing in her luxury home cinema wearing an all-black outfit.

The video then cuts to North doing the same, but she seems to be doing a better job keeping up with the speed of the song than her mother.

North is wearing a baggy black and white T-shirt and is sporting long pink and white braids, which she wore half up and half down in two buns.

The youngster had previously given her followers a glimpse of her new hairstyle over the weekend when she shared a montage video from her younger sister’s fifth birthday party.

Chicago was treated to an epic Hello Kitty-themed party, which was held at Kim’s lavish mansion.

In an Instagram video shared by Kim’s younger sister Khloé, 38, Chicago could be seen blowing out the candles on her personalized Hello Kitty birthday cake.

As her friends gathered around her to sing Happy Birthday, North decided to show off.

Kanye’s eldest child attempted to steal the show as she belted out the classic tune, while shaking her long hair braids like a pop star.

It was a welcomed sight after fans worried North displayed a sudden change in her behavior on TikTok.

North has been known for her wild videos in recent months on the social media platform.

But to the surprise of fans, North suddenly stopped posting last week.

Several took to Reddit to discuss the reason behind her noticeable absence.

“North (and Kim) have gone quiet on TikTok. She usually posts like 5 a day- why the sudden silence?” one asked alongside a screenshot of Kim and her daughter’s shared profile.

“Maybe Kim got called out for baiting a Kanye reaction, while also crying about their f**ked up family situation in interviews,” another suggested.

“For the love of God! Please get north (and all minor children) off of social media!!!” a third encouraged.

A fourth remarked: “I’m going to go ahead and take this as a win… I’m sorry but they are so annoying to watch and cringe ‘they’ as in the videos not North, she’s perfect but Kim is so annoying and fake.”

“Maybe she became a mother who puts the needs of her children over herself and her desire to remain famous,” a fifth guessed sarcastically.

“Maybe everyone including Kim realized how unhinged and weird the content being posted was and decided to take a break to regroup,” a final claimed.

However, it seems normality has now resumed as North has started posting on the TikTok page she shares with her mom again.