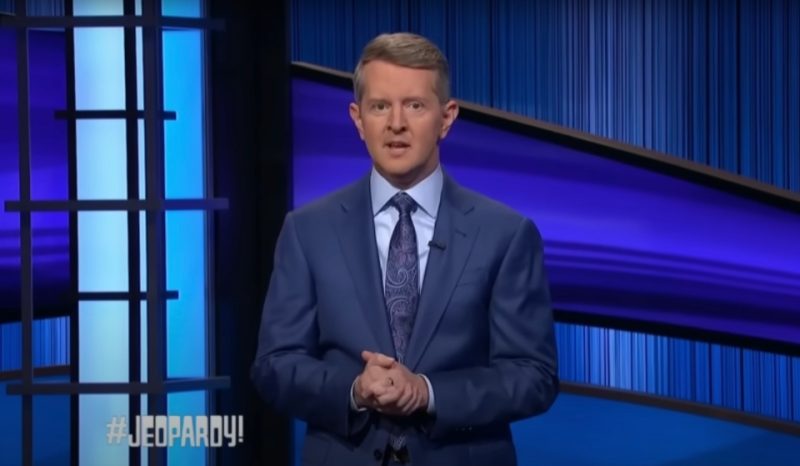 JEOPARDY! Master’s – the game show’s new top-tier spinoff – has been fleshed out by producers who dished on how it’s all going to work for its six 2023 legends and beyond.

Some fans worried the pile-on of additions to the decades-long TV staple is veering into “overkill.”

Jeopardy! caused quite a buzz when it announced what it’s calling Jeopardy! Masters last week – a new six-champ special airing in primetime.

Ken Jennings, 48, is hosting and the 2023 event, and execs confirmed it’s airing this spring.

The game show now considers these their six most “elite” current players per Deadline, so they were picked for its launch.

Executive Producer Michael Davies got into the nuts and bolts of it all on the podcast Inside Jeopardy! on Monday.

EP Davies revealed Jeopardy! Masters will be an annual program, and its winner considered the “top of the Jeopardy! pyramid;” Tiger Woods, but with a buzzer instead of a nine-iron.

The concept is promising because it means there will be a champ of all champs per year, not just a Tournament of Champions winner.

The six legends will all play each other in every iteration and no one will be eliminated – the contestant with the most W’s will be crowned Master’s champion.

“It will be a point-based system – this is really about wins.”

“The move we’re making is we want the best players playing this game.”

‘WE WANT TO REOPEN THE DOOR’

The execs also revealed that for the 2024 Jeopardy! Masters and in the future, the top three finishers from the past year will return.

But that leaves three open slots – those will be the 2023 Tournament of Champions winner, and – yes – another tournament will decide at least one if not both of those two empty ones.

So while the lineup is set in stone for this year’s Master’s, the show will be doing a qualifying tournament as well called Jeopardy! Invitational Tournament (“JIT”), they announced.

This will allow any former contestants that the producers think should get another chance, yes, any, to return to the pool.

“We want to reopen the door to our previous great players to get there,” Davies said.

“This is going to every year in May and the top three will stay.

“The other three slots will be the Tournament of Champions winner from next year and a new tournament which we have not scheduled, yet verbally can announce today.”

The fourth, fifth, and sixth placers in 2023 Masters will go back to the “JIT” and if they want to make the cut again would have to win that.

“The goal now is to prove you are a current master,” longtime producer Sarah Foss added.

“That’s what Master’s is – the top six right now in that given year.”

“Obviously, for this year we dont have ‘JIT’ – we don’t have that qualifier, the hope is we can keep proving through various fields and paths you can have a seat. We’re so excited.”

Getting into that qualifying tournament won’t depend on prior wins, it can be any past contestant – so fans are excited but getting a bit of burnout.

Considering the show has also launched a Second Chance Tournament as a qualifier for the ToC, this would be the show’s fourth yearly competition.

Another defended: “I’ll say one thing about Michael Davies, he’s innovative. I wonder what Alex [Trebek] would think of all this?”

“The show has been hugely successful for ABC, and they have to come up with ways to keep the prime time episodes coming.”

A fourth wrote: “I’m concerned about this being an annual thing. Jeopardy! is starting to feel oversaturated now.

“Just give them more cash! I honestly think $2500 for 3rd [place] and $5000 for 2nd [place] is not unreasonable,” wrote a fourth on how the show is focusing on elevating its post-season instead of perhaps its bread and butter – the regular show.

And another: “At this point, I’m almost expecting J! to become something WWE-like in that it’s cheap-ish content (or, in this case, very cheap) that runs year-round non-stop and has an almost immovable base of viewers.”

Though a fifth was excited by the trivia-teeming possibilities: “JIT is what I am excited for too. Get players like Roger Craig, Victoria Groce, and Ryan Long back.”

And a sixth: “This is amazing. I think the thing that really sticks out to me is his focus on having the best possible contestants playing Jeopardy. He is willing to revisit longstanding rules that get in the way of this goal.”

One of the biggest issues with Jeopardy! is that it is an incredibly variable game, but players never traditionally received second chances.”

Executive producer Davies – who replaced the ousted Mike Richards – selected them and filled a job that before them, hadn’t changed hands in decades either.

ABCAmy Schneider, Sam Buttrey and Andrew He will face each other again in the round-robin Jeopardy! Masters[/caption]

GettyAfter this year, 1 of not 2 of the future 6 Masters will be chosen through yet another tournament called ‘JIT’[/caption]