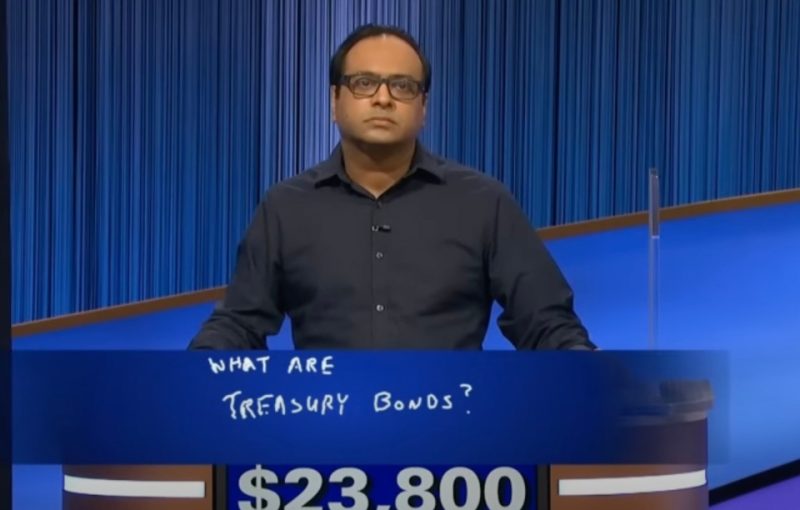 JEOPARDY! contestant Yogesh Raut penned a scathing post about his loss on Monday after three wins and earning $98,000 total.

He blasted fans who claimed he acted “arrogant” during his entire run and didn’t “congratulate” his victor when he got the boot.

Jeopardy!Jeopardy! champ Yogesh Raut opened up about his defeat on Facebook[/caption]

Jeopardy!He addressed not clapping for Katie Palumbo and said he ‘could have hurt fans’ feelings even more’[/caption]

Yogesh made quite a splash with his braggy on-stage stories and unusual buzzer technique before his defeat on Jeopardy! on Monday.

He lost after three wins, thus not qualifying for next year’s Tournament of Champions.

The Illionis-based writer, blogger, and podcaster veered into unsportsmanlike territory in his last go, fans accused.

He used three of his four stories on stage to brag about being a trivia big wig and did not clap for the eventual winner Katie Palumbo after an unexpected defeat.

In fact, his last lash caused such an uproar that many viewers were not as sour as he looked when he lost.

‘I DID CONGRATULATE THEM’

Yogesh went long on his Facebook while sharing an image of an internet post that called him “arrogant.”

“Let’s talk here about the criticisms of my ‘sportsmanship,’” he wrote in part.

“At the end of my first episode, I can very audibly be heard saying ‘Good game’ to the player at the podium next to me.

“At the end of my second game, although the audio is muted, I can very clearly be seen turning and speaking to the player next to me, and he responds in a friendly and animated fashion.

“You may not see me congratulate the person who beat me on camera.

“THAT DOESN’T MEAN I DIDN’T CONGRATULATE THEM.”

Yogesh continued: “Jeopardy! is shot in an assembly-line fashion, and contestants get separated and whisked away fairly quickly.”

“Still, before I was funneled out of the studio, I turned around and walked back to the stage, said ‘Excuse me’ to politely break into a conversation between that person and a producer.

“And gave them a quick (because I was interrupting) yet unambiguous ‘Great game!’” he claimed.

Yogesh concluded: “What does it mean when people read aggression into the behavior of dark-skinned men?”

In a second fiery Facebook post, he also ripped: “If anything I’ve said has offended you … well, there’s probably a way I could have phrased it that would have hurt your feelings even more.

“And I hereby apologize to myself for not phrasing it that way.”

It’s also extremely rare for a Jeopardy! contestant to speak out about their defeat in such a defensive way on personal social media.

One Facebook user replied: “If you need to write a diatribe and TELL people that you were funny and practiced good sportsmanship during play then clearly you failed at both.

“No doubt you are very good at trivia, but I hope you learned from this experience and are open to growing as a competitor and person.”

During his lengthy rants, he also targeted a popular Twitter fashion blogger for “shading” him as underdressed – and his fiery words weren’t met well on that platform either.

One fan wrote to Twitter: “I don’t believe anything about this post. I’m so relieved I don’t have to watch him anymore. I appreciate a good competition but I didn’t get this from him at any time.”

Another agreed: “Legit, if you need to take to Facebook immediately after your loss airs, that’s more telling about your d**chiness than just remaining silent.”

And a fourth: “He attacked Lilly (aka the Jeopardy! fashion blogger), who I have never seen be negative towards anyone on the show. He has serious anger issues.”

Under the category “Business Milestones” the final clue read: “These were first sold in 1908 at a price equivalent to about $27,000 today.

None of the contestants managed to give the correct answer: “What is the Ford Model T?”

However, Katie was in the right direction with “cars.”

It wasn’t a soft launch; in his first game, he revealed that he knew and beat James Holzhauer at high school trivia – saying the legendary player was “Jamie in those days.”

In his second episode, he flexed he won a trivia event that Ken and Brad Rutter were involved with in 2014.

In his last game, he used his on-stage story to speak on late contestant and five-time champ India Cooper who passed away in 2020.

He said on meeting his inspiration: “Before I could say anything, she turned around and said to me: ‘I’m such a big fan of you.’”

Yogesh replied by correcting Ken: “And my blog and my podcast.”

One Twitter user wrote as the whole thing aired: “Yogesh on @Jeopardy was such a sore loser. Besides bragging about how smart he was to Ken. He was so miserable when he figured out he lost.”

ABCJeopardy! star Cris Pannullo gave his victor a fist-bump when he shockingly lost after 21 wins[/caption]

ABCFan-favorite Ray LaLonde, also from this season, clapped when he lost as well[/caption]