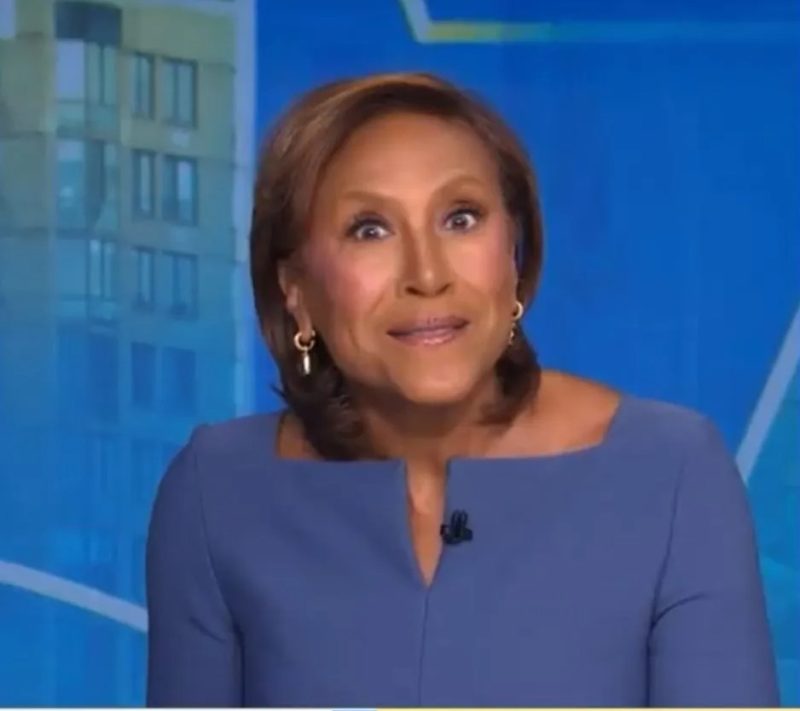 The veteran anchor joked to her daytime TV colleague that the Flintstones character Barney Rubble had asked for his hair back.

Champion recently returned to the GMA studios in New York on Monday following his vacation in Brazil with his husband Rubem Robierb.

In a viral clip, Roberts wished the meteorologist ‘Happy New Year’ before chiming: “I got a call from Barney Rubble who wants his hair back.”

Laughing the jibe off, Champion replied: “Why are you listening to the control room?”

He claimed that he had been receiving “Bamm-Bamm” jokes during the day.

Bamm-Bamm, who has white hair, is the adopted son of Barney and Bettie Rubble in the cartoon show.

Roberts admitted that she “couldn’t resist” launching the light-hearted jibe.

The hugely popular weatherman urged the journalist to “take a day off” and visit Brazil, which prompted her to reply: “Yabba Dabba Doo”.

Fans were huge fans of the segment between Champion and Roberts as they rushed to comment online.

One proclaimed that their “favorite duo” are back on the air.

Another commented: “My first smile of the day.”

And, a third fan raved: “Oh my goodness, it is so good to see these 2 back together. Love these 2, their relationship is so heartwarming.”

They claimed they could imagine Roberts, her partner Amber Laign, Champion, and his husband “basking in the sunshine” on the beach.

The Dancing With The Stars alum was absent from GMA and Eyewitness News This Morning amid his vacation.

Due to his lengthy hiatus, ABC7’s co-anchor, Heather O’Rourke, mentioned how she was “missing him” in a sweet post.

While on vacation, he traveled to Ipanema, Rio De Janeiro, with his husband, and dropped a saucy image of the pair rocking speedos.

The weatherman showed off his wavy locks in a viral Instagram video before grooming himself.

Roberts and Champion are known for their on-air banter and fans have been left in hysterics.

Earlier this month, she appeared to shade Champion over a “promise that he could never keep.”

The moment happened during the closing moments of the local news report with New York City’s WABC-TV co-anchor Ken Rosato, 55.

Following a segment about the Annual Polar Bear Plunge at Coney Island, he joked: “My New Year’s gift to everybody is that I will not appear shirtless.”

Rosato then added: “That way you won’t get sick.”

Roberts exchanged New Year’s wishes with the anchor before quipping, in reference to his vow to keep his shirt on, “That’s a promise that Sam Champion could never keep.”

The U.S. Sun told how Roberts and Champion appeared to throw punches live on-air in a segment about Christmas cookies.

And, we reported how fans were left stunned when Roberts appeared to make a cheeky comment to Champion when they were joking about the weatherman’s height.