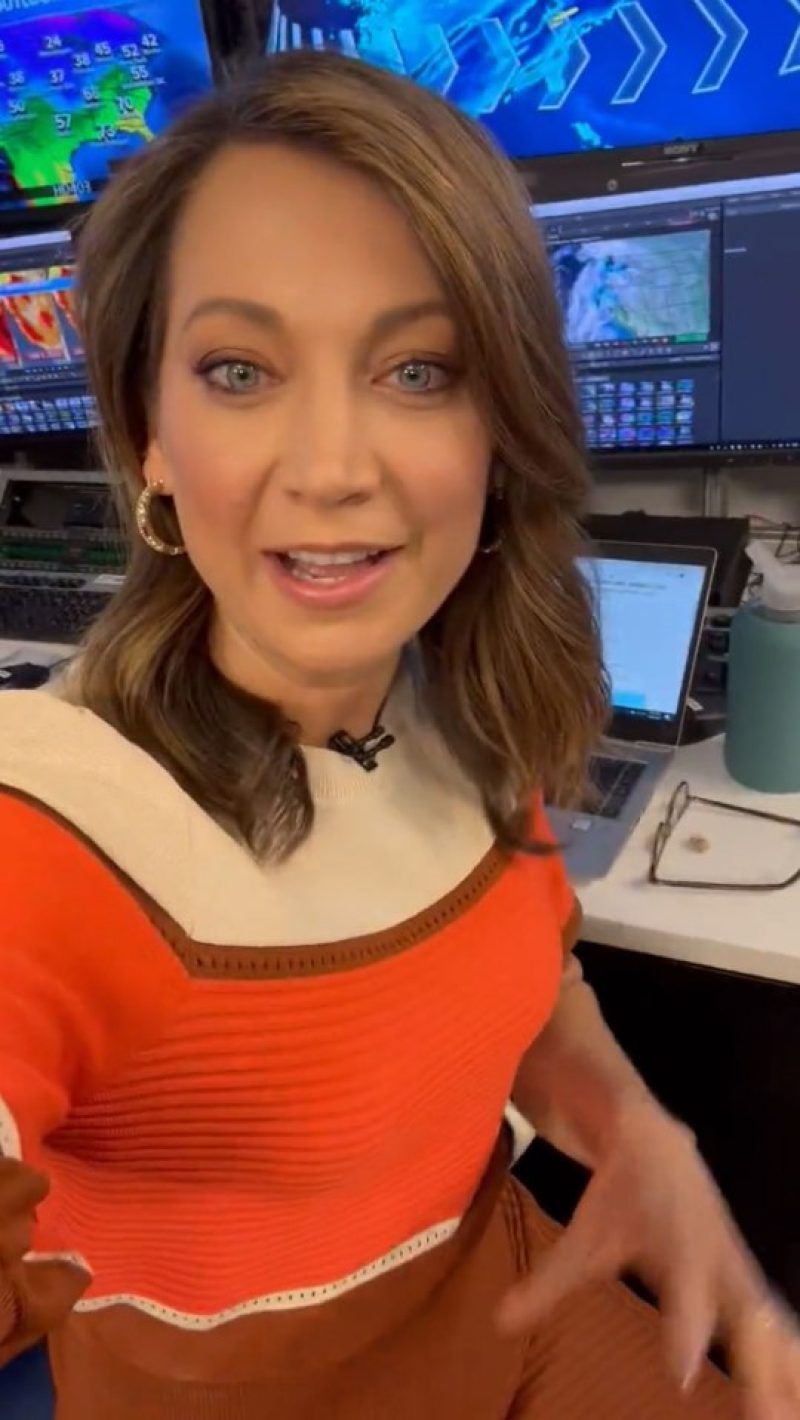 GINGER Zee from GMA has been forced to respond to online trolls who dislike her style of clothing.

They said: “I don’t know why I read articles about @Ginger_Zee ‘s hair or attire on @GMA. If anyone on a morning news show needs a stylist, it’s @Ginger_Zee”

The next morning, Ginger replied: “Do you want to do it?”

After seeing the exchange, fans immediately showed the meteorologist a ton of support.

One fan said to the troll: “Ginger is fabulous and doesn’t need a stylist. Let’s see you get your butt up at the crack of dawn and get yourself camera ready every morning. Granted I’m sure Ginger has some help but let’s cut her a little slack!”

To which Ginger replied: “Not on the clothing front — that’s all on me ;)”

Another said: “I don’t know why so many people unfairly and unnecessarily criticize Ginger’s wardrobe and look. More importantly, you deliver solid weather information – often in very harsh conditions.”

A third fan wrote: “Another expert?! Your clothes, your commentary, your hair…what next?!”

This isn’t the first time Ginger has been the subject of a troll attack because of her appearance.

A few weeks ago, a Twitter user tagged her and said: “Mrs. Zee it’s time to do something with your hair.”

She clapped back at that troll too, and her fans came to her rescue in the Twitter replies, other news anchors also weighed in.

WCBS anchor Steve Scott said: “The only thing you should cut is all communication with Mr. Worth and his TEN Twitter followers.”

On and off screen, Ginger knows how to dress and pose for the camera.

Away from the cameras, Ginger is able to wear short and sparkly dresses like the dress she wore at Disney.

The flirty photo was posted by GMA producer Sam Wnek for her birthday, and it showed off her long legs and fun personality.

On the GMA set, Ginger dresses more professionally, but that doesn’t stop her from posting scandalous videos of her backstage antics.

GettyFans came rushing to Ginger’s defense, and they also complimented her appearance[/caption]

PrevPreviousLittle People fans reveal the real reason they would ‘never feel comfortable’ staying at Matt Roloff’s farmhouse Airbnb
NextKylie Jenner holds back tears as she looks at sweet photo of daughter Stormi, 4, and niece Chicago, 5Next