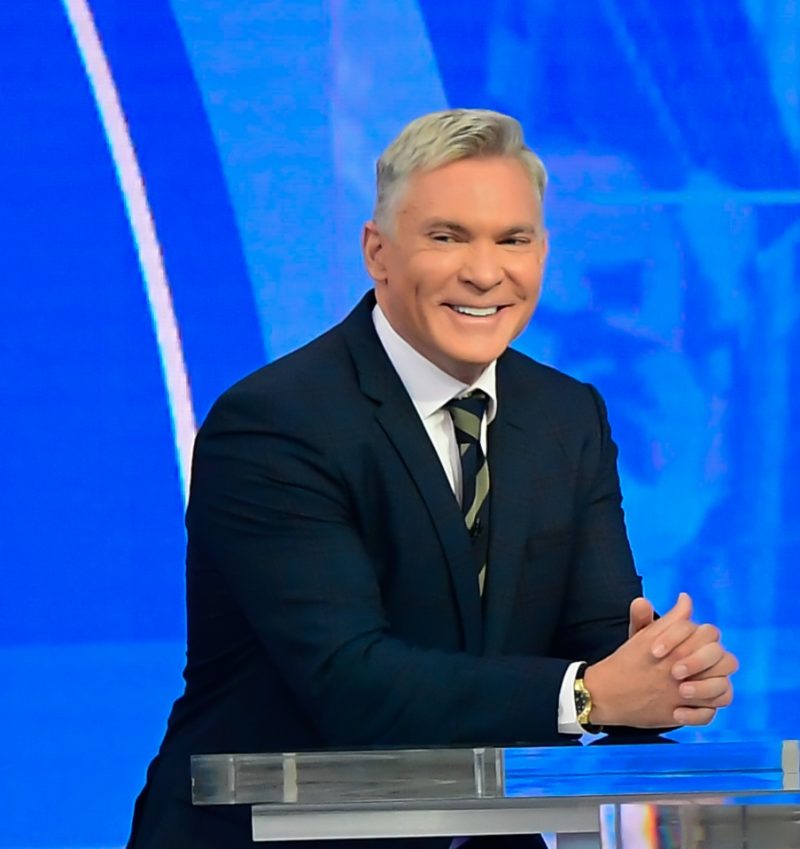 GOOD Morning America star Sam Champion’s co-host Heather O’Rourke has snapped at the weatherman after he shaded her hometown.

The traffic anchor jokingly threatened to knock Sam’s mug of hot coffee into his lap after the playful insult.

ABCHeather jokingly threatened to knock Sam’s mug of hot coffee into his lap after the playful insult.[/caption]

Sam, 61, hosted a pre-broadcast Instagram Live session Tuesday morning in which he and Heather talked with fans and joked with each other before going on the air.

When asked about his Brazilian vacation, the weather anchor replied: “Brazil is great,” before Heather interjected, “New Jersey is awesome.”

Sam is shown laughing at the quip as Heather questions: “How come no one asks me how New Jersey is?”

The WABC-TV weathercaster takes the opportunity to ask his co-host about her hometown to which she relayed: “New Jersey is just fantastic,” before stating, “it is a nice area.”

The traffic reporter continued: “And we have a beach, we have mountains…we have the whole thing going on.”

He continued: “Mountains are like the Rockies, really [in] Jersey they’re hills.”

Heather attempted to make her case as she explained: “Not those kinds of mountains.”

Sam is having none of it as he interrupted with, “Then let’s not call them mountains.”

Somewhat feigning offense, Heather exclaimed: “Oh my gosh” before threatening, “I just want to go uhh” and pretending to knock the cup of coffee out of Sam’s hand.

The GMA host laughed as he added: “And spill it in my lap,” he then stated: “This is our discourse with each other.”

The behind-the-scenes video was reposted on the weather anchor’s Instagram and captioned, “My face says #Tuesday is the worst day of the week.”

Much of the two hosts’ discussion revolved around how they believe “Tuesday is the armpit of the week.”

Sam explained: “It has been a very Tuesday morning. For me, that is low energy [and] not quite together.”

Heather shared a touching message while Sam was absent while in Brazil from the morning program.

The hugely popular meteorologist shared a photo of himself drinking a morning coffee while on vacation.

He then told his fans it would be a busy day learning how to use the stove, washer and dryer while on vacation.

His ABC7 colleague said it seemed as if the weatherman was having a good holiday and told Sam that she was “missing him” in a touching post.

GMA viewers told Champion to enjoy his time in the sun while he’s away from the TV screen.

Sam recently revealed how he got ready for his return to work after a lengthy absence.

The GMA anchor showed off his scruffy look and wavy hair in an Instagram video.

While posing shirtless in the bathroom, Sam slicked his hair back as he displayed his new clean-shaven chin.

After his makeover, the ABC star took a stroll at 2am as he headed toward his news desk.

Sam captioned the post: “FIRST day back in the New Year!

“And it took much longer to get ready with all the facial hair, and long hair.

He closed: “But here we go!

Even though the TV star groomed himself for work, fans seemed to prefer his rugged look in the comments section.

One fan said: “Should have kept the rogue look, Sam!”

Sam replied: “Hahaha! I didn’t think it would be wise to push it!”

ABCSam joked that ‘This is our discourse with each other’[/caption]