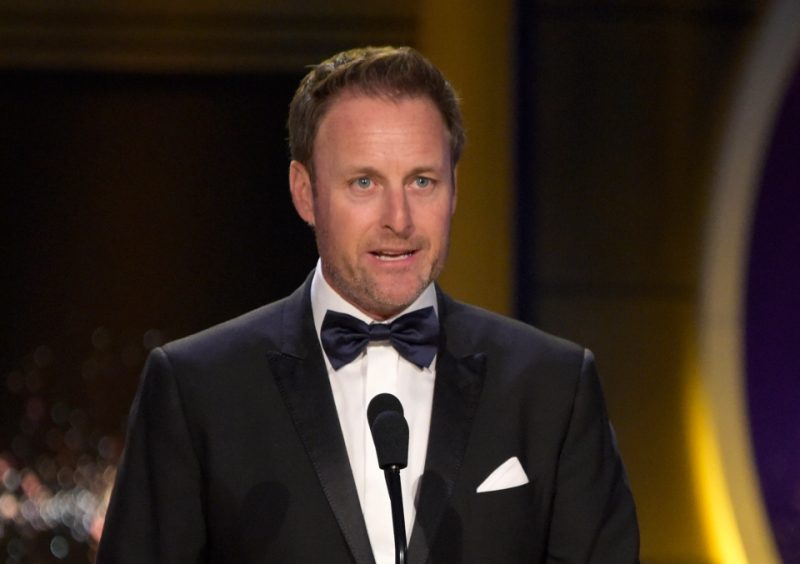 The former dating show personality told the duo “I’m here for you” and even offered to share the contact details of his lawyer.

Former The Bachelor host Chris, 51, launched a new podcast this week and in his first episode addressed the thorny issue of Amy, 49, and TJ, 45.

According to Us Weekly, the co-anchors have been fired by ABC after being on hiatus since December.

But Chris, who was also let go by the same network in 2021, doesn’t think the GMA hosts deserve to be taken off the air.

“I’ve been in this business for a long time. You sign these contracts, there are morality clauses in there,” he said during an episode of The Most Dramatic Podcast Ever.

Chris, who should know a lot about love from his 19 years as host of the nation’s most popular dating program, shared his support to Amy and TJ.

“A report came out that Amy and TJ had been let go and that they have lawyered up. And to that I say, ‘Good for you guys. Good for you.’”

He added that he knows an “amazing lawyer” he could recommend.

The Texas native admitted that their situation struck close to home and that he has “strong feelings” about their firing following his own dismissal.

Chris thinks his sacking has its parallels with Amy and TJ’s.

“[The] irony is not lost on me that they are going through the exact same thing,” he claimed.

Chris first stepped back from his role on The Bachelor in February 2021 after he defended contestant Rachel Kirkconnell, whose racially insensitive college photos had come to light.

Four months later, ABC confirmed that he wouldn’t be coming back.

TAKE THE NEXT EXIT

Earlier this month, a GMA insider told Us Weekly: “Amy and TJ are out, a decision has been made.”

“The network is negotiating with them on their exit deals and an announcement.”

The pair’s affair first came to light in November when photos and videos of them on secret dates were released by DailyMail.com.

Amy and TJ then came to work as a couple but were only on air for a few days before being put on hiatus.

They have been replaced by a series of guest hosts ever since early December, but their names still appear on the show’s credits.

Both Amy and TJ were married to other people at the time of their affair, although TJ’s wife Marilee Fiebig has now filed for divorce.