1000-Lb. Sisters’ Tammy Slaton says she ‘blacked out for a week’ & woke up in ER on life support in scary health update 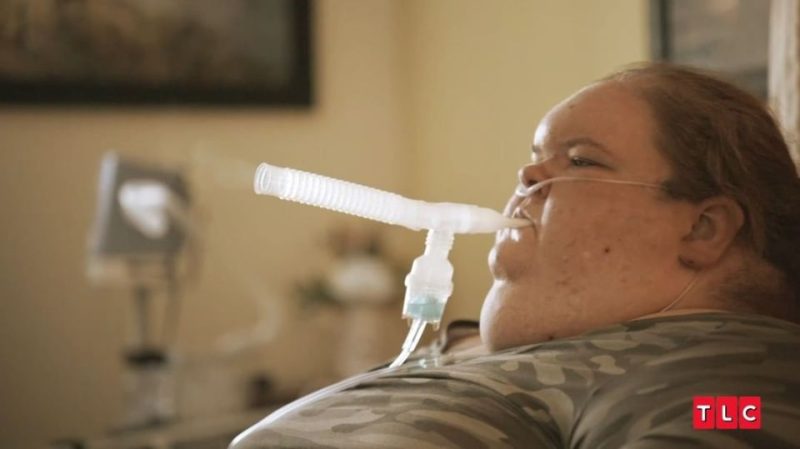 1000-LB. Sisters star Tammy Slaton has detailed the terrifying moments of a health scare that landed her in the emergency room.

In a new teaser clip for the TLC show,  Tammy, 36, recounts the time she blacked out and woke up in the hospital on life support.

In the clip posted to Instagram, Tammy admits: “I don’t remember any of it. Nothing. I completely blacked out.”

In a confessional, Tammy explains that she decided to go back to rehab nearly 10 months ago, after weighing the most she ever had: 717 lbs.

“I was here maybe less than 30 minutes, and my oxygen levels dropped. I had to be taken to the hospital. They put me in a medically induced coma,” Tammy explained.

The reality star has since spent nearly a year turning her life around and now, looks completely unrecognizable.

ON THE RIGHT TRACK

Tammy’s new husband, Caleb Willingham, recently shared a video of her hard at work in the gym.

Her weight loss is the culmination of a long journey out of addiction and rehab.

Tammy attributes part of her success to getting support from her new husband Caleb.

Ahead of the season premiere, TLC teased the romance between the couple who found each other in rehab.

n the footage, the 1000-Lb. Sisters star broke the news to her sister, Amy Slaton, 35, in a phone conversation.

Tammy said: “I have started talking to somebody here in rehab.”

Amy assumed the worst: “Tammy being in a bad relationship again is like going back into our old way.”

While side-by-side, Tammy and Caleb posed for the camera as she announced: “We got great news to tell y’all.”

The couple initially met at the Ohio rehab center.

After three weeks of dating, the duo got married at the weight clinic in November 2022.

PEOPLE reported the reality star became Mrs. Tammy Willingham during a small celebration of about 30 friends and family members.

Though she seemed to disapprove in the trailer, Amy joined in on the celebration.

Previously, The U.S. Sun reported Tammy got engaged in October 2022 to her boyfriend.

An insider close to the TV star gushed: “She began dating Caleb in rehab, and I’m so happy they met in person and were not dating online.”

The source added: “They have a lot of the same struggles that they can share.

“They’ve been a huge support for each other [in rehab], which is awesome.”

TLCTammy admitted to drinking eight bottles of booze a week[/caption]

Instagram Tammy SlatonTammy married Caleb Willingham while in rehab, and partly credits him for her weightloss success[/caption]