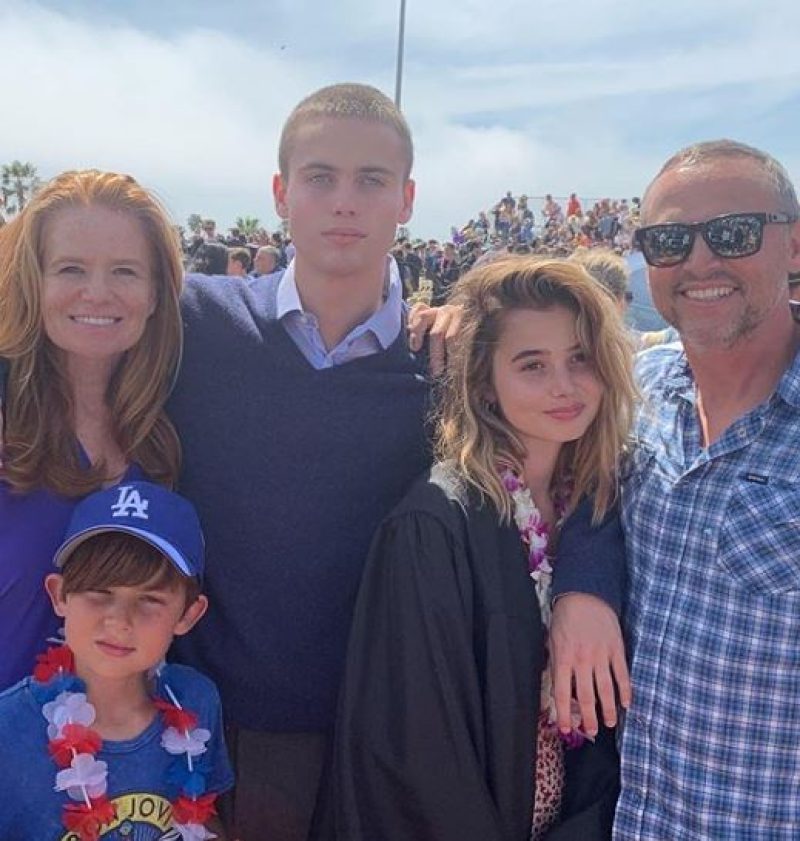 WHEN she’s not strapping on her skates and taking to the ice, Patsy Palmer enjoys life in sunny Malibu with her family.

The former EastEnders actress lives in the United States with her husband Richard Merkell and their brood of kids.

After rising to fame in EastEnders as Bianca Jackson, and then taking a career break in 1999, Patsy married her second husband, cab driver Richard Merkell, in 2000.

The couple had forged a 14 year long friendship before they got together.

The pair later renewed their vows in 2012, while enjoying a trip to the Caribbean.

They first lived in Brighton before moving across the pond and relocating to Malibu, near Los Angeles, in 2014.

And it’s Richard who Patsy credits for getting her through the drug and alcohol addictions she battled in her 20s.

Patsy said of her husband Richard in an interview: “He’s given me what I’ve always really wanted – a real family.”

Patsy told The Express in 2012 that Richard is her “best friend” and an “amazing husband”.

She also revealed that he is a Tottenham supporter, while she’s a fan of their London rivals, Arsenal.

In 2023, Patsy opened up about missing her husband and their family after temporarily returning to the UK, in order to compete in this year’s series of Dancing on Ice.

Taking to Instagram Pasty wrote: ”How I miss my magical sunrise rituals.

”My husbands cuddles and my children’s energy , but we all have things to do in life that will sometimes test us and help us to remain grateful to be where we are wherever we are.”

Do they have any children?

Patsy already had son Charley, who was born in 1992, from a past relationship with boxer Alfie Rothwell.

But not long after she married Richard, the actress gave birth to their first child together, a boy named Fenton.

She quickly had her third child, and Richard’s second, on July 7, 2001, when they welcomed their daughter Emilia.

Then in December 2010 the couple had another child, a son called Bertie.

Patsy told The Express that all three were born by Caesarean section and “each one was pretty scary”.

The DJ often shares sweet snaps of her children and her husband Richard on her Instagram account @patsypalmerofficial.

Who was Patsy Palmer married to before?

Patsy’s marriage to Richard is her second, as she was wed before.

Her first husband was director Nick Love who is known for the films Football Factory and The Firm.

They did not have any children together.

In a 2007 interview, Nick confirmed he was still friends with Patsy years after their divorce.