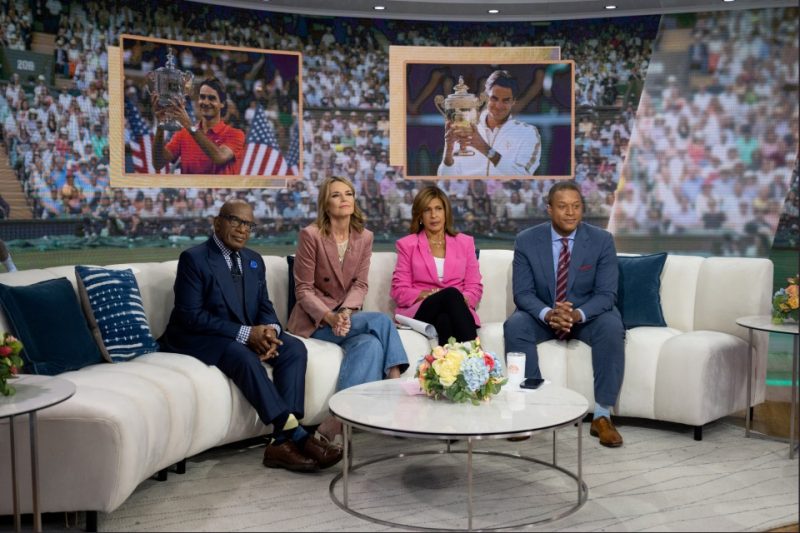 During Monday’s episode, Sheinelle Jones, 44, and Thomas Llamas, 43, filled in for the missing hosts.

At the start of the morning show, Sheinelle admitted that the trio “are off” for Martin Luther King Jr. Day.

Their absence came about one week after Al, 68, returned to work after falling ill for nearly two months.

When he returned to Today during the first week of January, the beloved weatherman was joined by his wife, Deborah Roberts, 62, for an interview.

While discussing his health crisis, Deborah opened up and revealed she was afraid Al would not make it to Christmas.

“Through a very scratchy voice, and he was so gaunt and exhausted,” she revealed.

The ABC News anchor continued: “He said, ‘I’m going to make a Spatchcock turkey for Christmas.’”

Deborah added: “And I didn’t know whether to burst into tears or just to beam.

“I mean, that was the moment, and will always be the moment for me, where I knew that this man…”

Al’s wife concluded: “I mean, I’m sitting here hoping he’s going to make it to Christmas, and he wants to make a turkey.”

Later on in his comeback, Al received applause from his co-stars when he delivered his first weather report of the year.

The TV star was hospitalized twice for blood clots in his legs and lungs.

Al was on a rough road to recovery as he tried to regain weight and strength after his hospital stays.

During the recovery process, Al and Deborah spent the holidays at their cozy upstate New York lodge with two of their three grown-up children: Leila, 24; Nick, 20; and his daughter Courtney, 36.

Al was missed by his legion of fans, who had not seen him in many episodes.

Meanwhile, Savannah, 51, teased about the delicious meal she was preparing.

The Today host shared a snapshot of the ingredients in an Instagram Story.

The photo included Velveeta cheese and a can of diced tomatoes.

The TV personality recently mocked her co-host Hoda, 58, for her on-air slip-up.

Hoda was supposed to ask producer Holly Palmieri if she was superstitious about Friday the 13th.

Instead of saying superstitious, she accidentally said: “Are you suspicious?”

In the background, an individual said: “It’s been a long week.”

Hoda agreed and added: “Yes, it has.”

Savannah shared the hilarious clip and included a crying-with-laughter emoji.