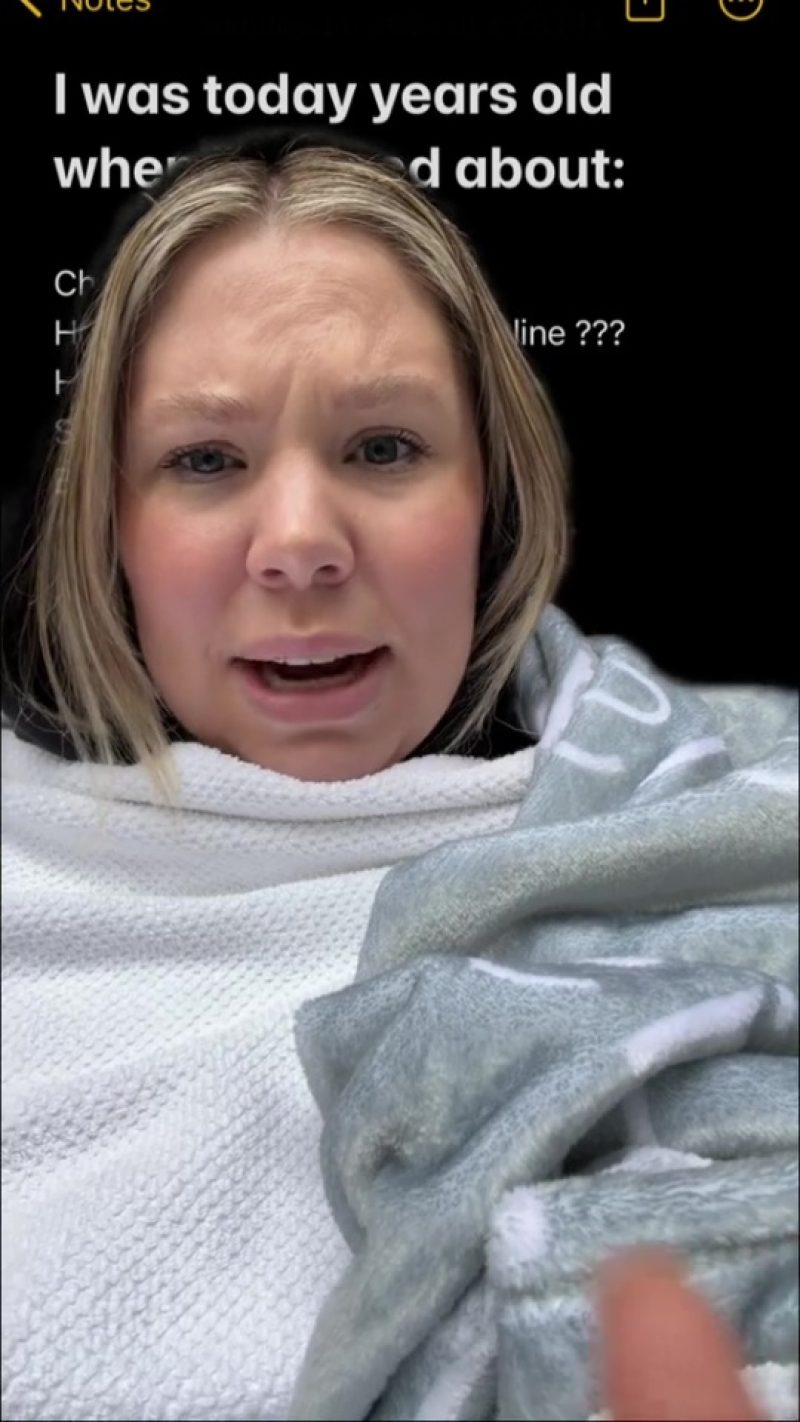 KAILYN Lowry has clapped back at one fan’s claim that she secretly had a baby.

Rumors of the Teen Mom‘s fifth pregnancy continue to spread.

Kailyn recently posted a TikTok video where she shared some of the things she has recently learned.

She began the video by providing an update on her personal life.

“Ok, so my kids are in the pool in 30 degree weather, and I just like sitting here.”

The 30-year-old was wrapped in a comfy and conservative blanket, which only her head popped out of.

One fan took her covering-up as a cover-up for giving birth.

“Are those blankets hiding a baby?” The fan asked. “Hmm….”

“Absolutely not,” the reality star declared. “I’m sitting outside in 30 degree weather.”

But the fan wasn’t convinced, and followed up her question.

“I have seen so many articles about you having another baby, so I had to ask when I saw the blankets.”

The fan isn’t the only one to speculate Kailyn has secretly given birth.

While she has never confirmed that she had a fifth child, nor that she wanted another one, it’s hard to ignore all of the clues on her social media.

At the end of November, she started showing signs that she was about to have a baby.

For the last two weeks of November, the Teen Mom ditched her podcast Baby Mamas No Drama and all of the responsibilities that go with it.

Vee Rivera, Kailyn’s co-host, explained away her absence by saying Kailyn was taking a break to spend more time with her four boys.

After hearing this announcement, a fan said: “Obviously, she’s out for the arrival of baby Elijah. Along with the acrylic nails she took off yesterday, this tracks for the baby being born in the next week or so.”

Kailyn also revealed what could be the baby’s nursery by sharing a new colorful Super Mario mural in her home.

The first clue that the Teen Mom gave birth came from a video where fans were convinced that they could hear a newborn in the background.

One wrote: “That is 10000% a baby. I remember that sound because it was the ‘quiet’ part of having a baby around.”

Eagle-eyed fans zoomed in on the post and spied what some fans think was a baby swing behind her head.

Kailyn is already a mom to four sons from three different baby daddies.

She shares two-year-old Creed and five-year-old Lux with her ex-boyfriend Chris Lopez, nine-year-old Lincoln with her ex-husband Javi Marroquin, and 12-year-old Isaac with Jo Rivera.