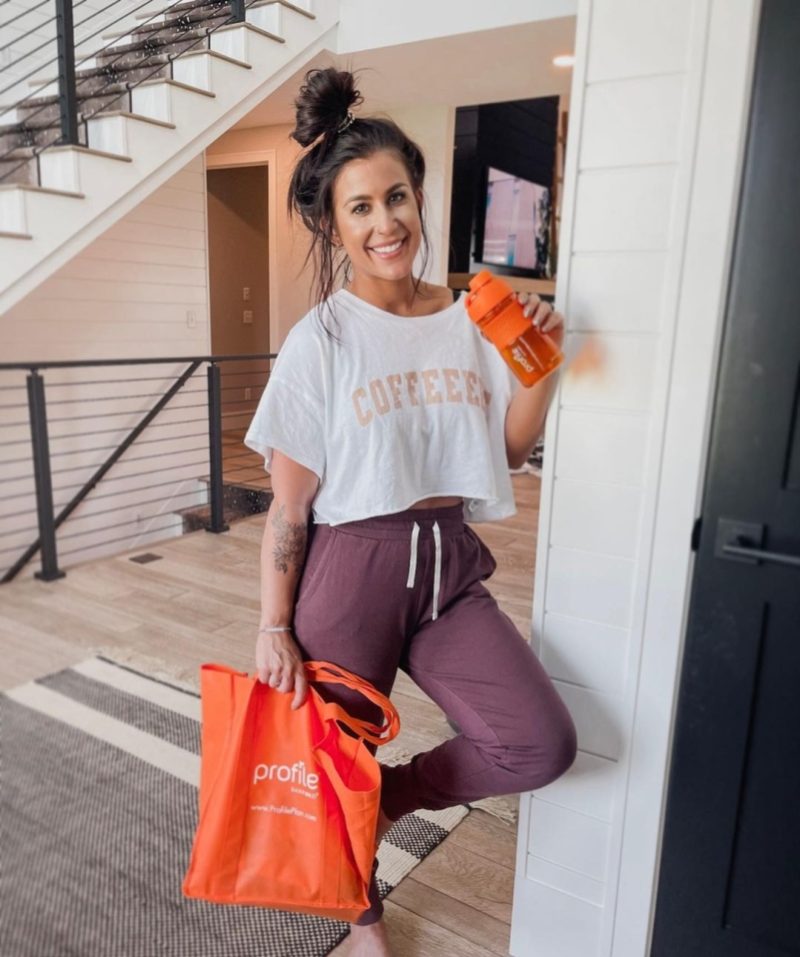 CHELSEA Houska has appeared in HGTV magazine to promote her new show, and readers weren’t impressed with her interior decorating finds.

The Teen Mom was featured in the magazine and had the opportunity to recommend some of her “favorite finds.”

RedditChelsea promoted a few of her favorite products, and fans thought they were overpriced[/caption]

Chelsea recommended three items to the magazine’s readers: a throw blanket, a candle, and a rug.

The candle she recommended can be found at homesick.com and retails for $38. The scent is “bonfire nights.”

The throw blanket is a golden noir throw from Safavieh that retails for $64.50. It’s a fuzzy blanket that looks like it’s made from brown animal fur.

The most expensive item on the list was a rug in the shape and pattern of a cowhide.

It’s a faux-cowhide rug from Ruggable and would cost $349 plus tax to buy the four-and-a-half by six-foot rug.

A fan created a Reddit thread about Chelsea’s favorite home decor, and other users went wild when they saw the item’s pricetags.

A third said: “$350 for a d*** rug girl wtf I’ll go to Marshalls and get the same or better quality throw blanket. This show hasn’t aired and it’s already annoying me.”

Someone else said: “A tiny candle that costs as much as what most people pay to fill their gas tank?”

Despite having a contract with HGTV for her new show Down Home Fab, some critics of Chelsea aren’t convinced that she has what it takes to be successful in the home renovation industry.

There has been a lot of criticism when it comes to her $750,000 mansion in South Dakota and how she styled it.

In a trailer for the show, Chelsea said: “I would describe my design style as very South Dakota glam. I love cow hides, painting things black, anything a little bit different.”

Fans called the exterior of Chelsea’s house “ugly” because she painted it black.

Down Home Fab’s first episode premiered on January 16 on HGTV, and there are five more hour-long episodes to follow.

Chelsea will be in charge of each design, and Cole will play the role of the project manager.

HGTVChelsea’s personal style has come under attack, making her fans wonder if she’s the best person to design homes on television[/caption]

HGTVChelsea has also been slammed for painting her house black[/caption]