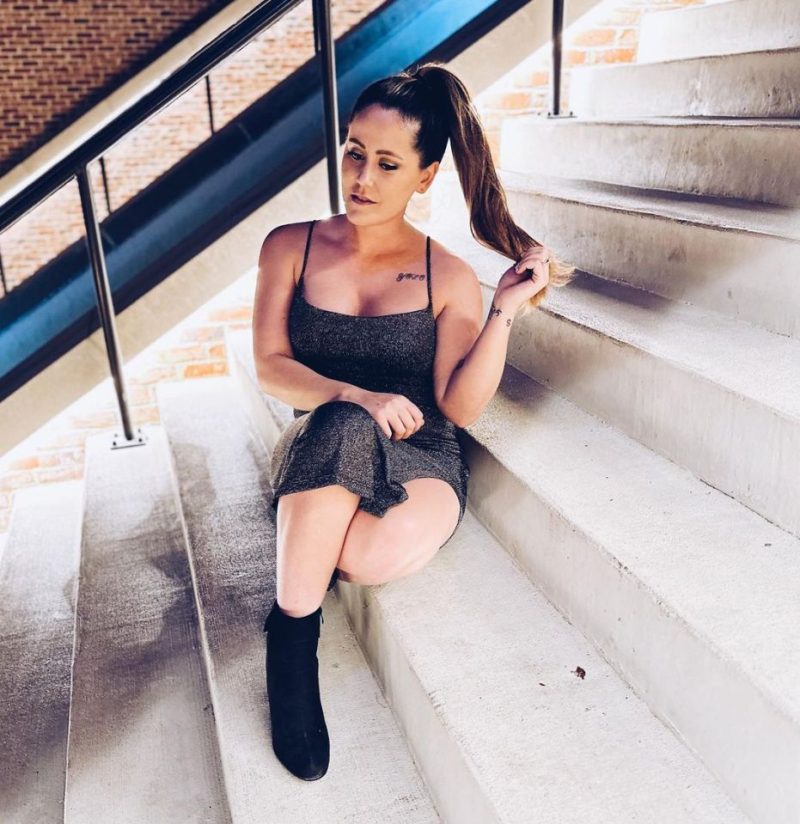 Jenelle, 31, took to Facebook and posted a meme about cannabis and tagged her husband David Eason in it alongside the acronym “lmfao”.

The post was shared from a page entitled Too High Memes and was a conversation between two imaginary people in which one person asked: “Do I smell like weed?”

“Nah, do I?” the other person replied as the first person responded: “Nah you good.”

The meme was accompanied by a picture of two clowns who were described as “2 people who smell like weed”.

Commenting on the thread, one person said: “Yikes… maybe in high school I would post but not at my grown age.”

“They both stupid af,” another person claimed, and a third wrote: “I be smoking downnnn but I would never share this dumb ass meme lol.”

A fourth person said: “Jenelle is clearly abhorrent, but this is a dumb meme. It ain’t that deep,” while another Reddit user added: “Two clowns..how fitting.”

Someone else said: “This is something I would’ve posted when I was 19 lol. Kinda embarrassing when you’re 30-something and parents to multiple kids.”

And another person wrote: “I am for weed and enjoy it myself. That being said I don’t post stuff like that on my social media. And I think when you’re a parent, posting stuff like this is sort of immature and cringy.”

“Maturity of a 14 year old seriously,” someone else fumed.

The former MTV star was filmed riding around on a dirt bike without a helmet as his children played nearby.

Jenelle took to her Instagram Story to document her low-key Sunday with her family.

She kicked off the first of a handful of videos with herself walking through a wooded area.

As she lifted the camera, her daughter Ensley and son Kaiser could be seen playing with scooters.

They appeared to be trying to ride them up a large rock on their property.

Meanwhile, in the distance, David, 35, appeared to be riding a dirt bike.

One of their older children was walking in the area as a helmetless David whizzed by.

He rode over to the same area the younger children were playing, which left some fans concerned.

The post was grabbed and shared on Reddit where critics weighed in, with many ripping David and Jenelle.

While he wasn’t traveling fast, some fans worried he could have hurt the kids as they played.

Others had concerns about his own safety, noting that he was riding without a helmet.

The original poster titled the thread: “Or, here’s an idea, you could like, wear the helmet, idk.”

InstagramTeen Mom star Jenelle with her husband David and her three children Jace, Ensley and Kaiser[/caption]