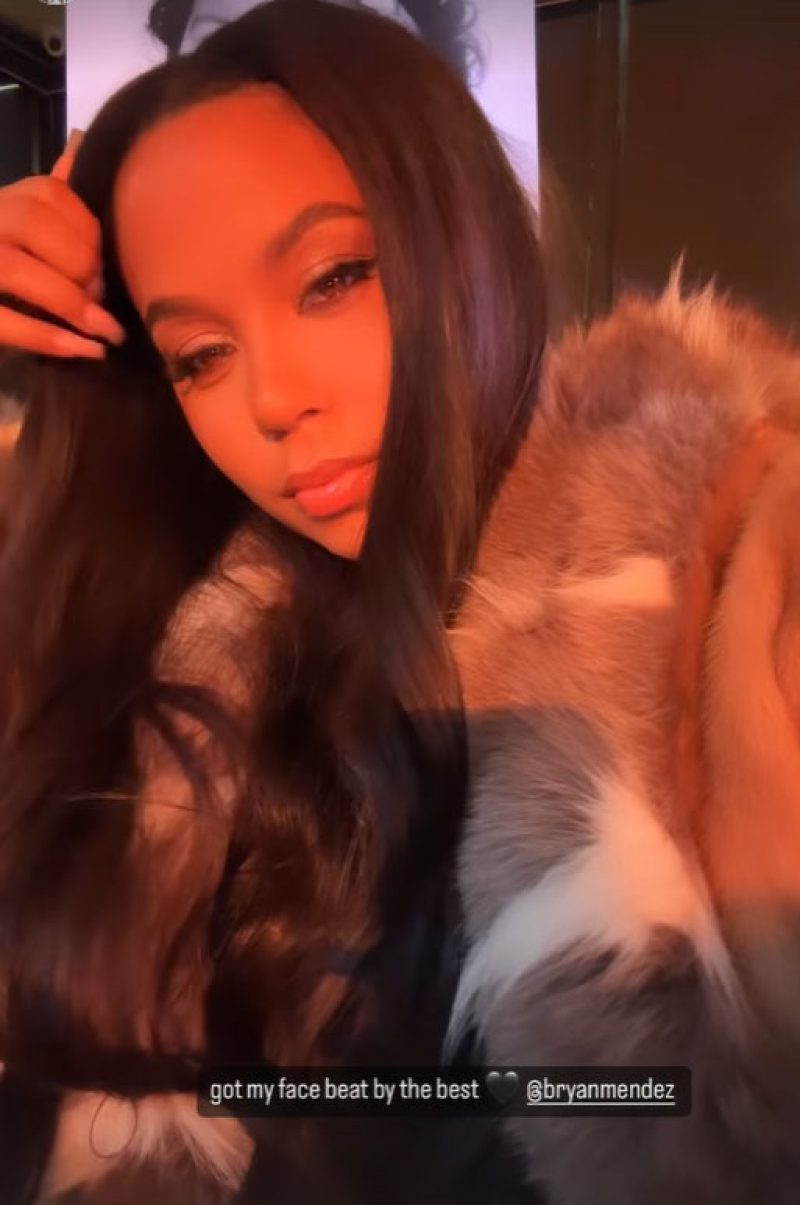 TEEN Mom star Cheyenne Floyd has declared herself a ‘rich auntie’ in her latest social media post of her friend’s lavish birthday celebrations.

In one clip, the reality TV star sits outside in a glamorous fur coat and blows smoke from her mouth as she appears to be smoking shisha.

Another video showed her posing as she zoomed the camera in on her face and gave her makeup artist a shout-out.

Elsewhere on her Instagram Stories, the mom-of-two flaunted her wealth by giving her followers a glimpse of her sparkly diamanté heels and matching handbag.

Cheyenne also made sure to get her wedding and engagement rings and her expensive-looking watch in the shot too.

Fans were clearly taken aback by her sparkly shoes as one person shared a snap of them on Reddit and asked: “Can anyone ID Cheyenne’s heels?”

One person commented on the thread and claimed: “Jimmy Choos. Around $1,900 USD. They are beautiful.”

“Damn! How does she have that money?” someone replied asking, while another person wrote: “Literally can’t imagine wanting to spend that much on shoes. Stupid af.”

Defending Cheyenne’s purchase, a different Reddit user said: “Honestly if I had that money, I would be buying Jimmy Choo’s as well.”

Someone else admitted: “Those are really beautiful shoes… but HOT DAMN the price is more than my mortgage payment, I can’t even imagine!”

“Ok idk what heels those are but they are GORGEOUS,” another person said, while another simply added: “stunning.”

Cheyenne is certainly no stranger to enjoying over-the-top trips, designer clothes, as well as lavish parties.

The MTV personality spares no expense when it comes to her lifestyle, and fans love getting a glimpse at her many luxuries.

Cheyenne is among the more flashy and luxurious members of the Teen Mom cast.

Although the cast is believed to make a decent living appearing on the show, most of the stars live relatively modest lives.

Cheyenne, however, often shows off expensive items, wild parties, and the exotic vacations she enjoys with her family.

Her husband, Zach Davis, and her kids, Ryder and Ace, also live well, enjoying all the same luxuries as Cheyenne.

She and her hubby throw massive themed parties for their kids, which often include expensive add-ons like food stations or food trucks, party buses, and more.

The couple and their kids often rock designer-branded clothes that they show off on the show and online.

They tied the knot in 2022 in an over-the-top wedding and then jetted off on an enviable honeymoon that cost a pretty penny.

Kara ColeenCheyenne with her husband Zach Davis and her two kids, Ace and Ryder[/caption]