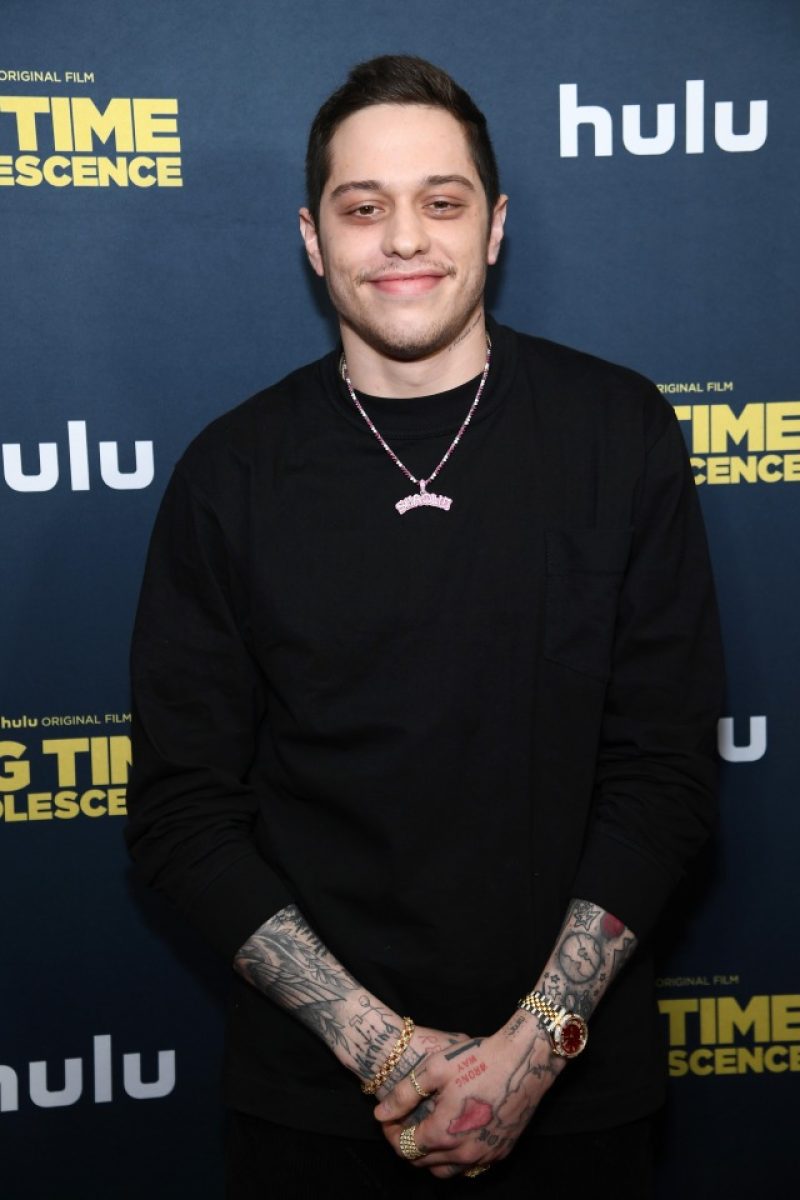 The property, which Pete is renting, boasts arched windows and views of the Brooklyn Bridge and Manhattan skyline.

New York City licensed realtor and real estate expert Ben Gernandt of Compass realty told The U.S. Sun of Pete‘s unit: “A distinctive apartment such as this in Brooklyn could easily fetch between $20,000 to $30,000 in this market.

“Many people may be drawn to townhomes or larger buildings but artists tend to choose the privacy and uniqueness of under-the-radar spaces like this as opposed to something more traditional.”

Kim Kardashian‘s ex’s expansive new abode takes up the entirety of the building’s lot and appears to have a meticulously-manicured rooftop garden, so the star can easily get a breath of fresh air without prying eyes.

The real estate expert added that Pete’s outdoor space with a quality view is “certainly all the more enticing.”

The building was purchased in 2017, with the new owners converting the upper floors into legal apartments and a commercial establishment on the ground floor.

Before the building was renovated, the unit Pete is now in also boasted two bathrooms, as well as a washer and dryer.

Pete has frequently been seen around the neighborhood, with one neighbor telling The U.S. Sun that “everyone loves him.

“He keeps to himself and doesn’t talk much, but he’s always very polite.”

The New York native listed his previous home, a luxury Staten Island apartment, in December for $1.3 million, according to SI Live.

The former Saturday Night Live star told NBCLX that he was moving to Brooklyn back in February.

Pete said he was in the middle of moving at the time.

“I am very excited. I love Staten Island, but it takes too long to get over the bridge.”

Someone familiar with the building confirmed that Pete’s unit is leased for at least through the end of the year.

The first glimpse of Pete’s new digs was back in December when he brought his Bodies, Bodies, Bodies co-star Chase Sui Wonders, 26, back to his pad.

The pair were photographed entering the building on December 19 in the late night hours.

They were pictured arriving at his home after being dropped off by a driver.

Both rocked casual looks, with Chase wearing a jacket, jeans and a baseball cap, while Pete was in a grey sweatsuit.

He covered his head with his hood and held a black puffer jacket in his hands.

The pair have been spotted together all over Brooklyn, including at Whole Foods, taking in low-key dinners together and going on strolls.

Pete and Chase were also seen at a hockey game in the Big Apple together in late December as well.

The King of Staten Island star and his new love interest appeared cozy as they watched the New York Rangers play.