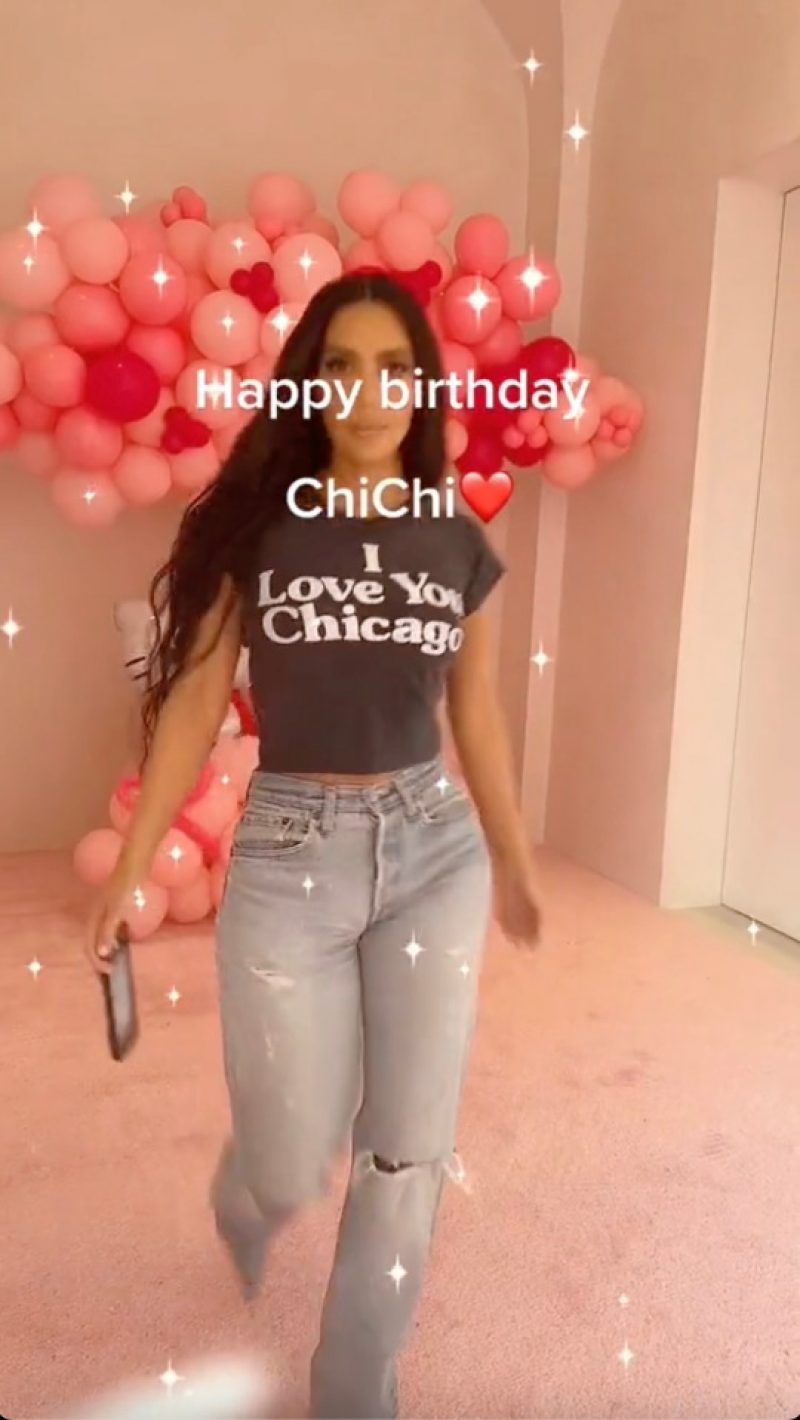 KIM Kardashian has been showing off her teeny tiny waist in another crop top in her latest TikTok post.

The mother-of-four pulled out all the stops as her younger daughter turned five, and even changed the color of her carpets for the event.

The party featured indoor slides leading into a ball pit full of pink and white balls.

There was also a real-life Hello Kitty, who danced with Chicago and her party guests.

She celebrated with pink treats for every guest, a stuffed animal-making station and an area for guests to paint their own ceramic Hello Kitty.

The Skims mogul brought in a food truck of sorts serving up “Chicago’s Waffle Pops.”

Chicago had a cake shaped like Hello Kitty, crudités and a ramen bar.

There also appeared to be an array of desserts including a toast-like offering and what looked like churro-type chips with sweet dips.

Kim paid tribute to her younger daughter by wearing a skimpy gray crop top to the party, which was emblazoned with the words ‘I Love You Chicago’ on it.

The reality TV star teamed it with a pair of tight blue ripped denim jeans, which highlighted just how tiny Kim’s waist really is.

The Hulu star shed a significant amount of weight in 2021 and 2022, losing more than 20 pounds to wear Marilyn Monroe’s dress to the Met Gala.

Kim has shared lots of photos of herself, many of which emphasized her shrinking frame.

Amid the backlash and worry, she has maintained that she lost weight in a healthy way.

Kim has often boasted about her daily 5am fitness routine at the gym.

Back in October, a source close to the star exclusively told The U.S. Sun that Kim planned to lose even more pounds to keep under her goal weight.

The insider mentioned that the TV personality “does not want to put on weight as she thinks she has never looked better than now.

“She loves how skinny she is and wants to stay this way.”