Kim Kardashian shows off shrinking frame as she props daughter Chicago, 5, up on her extremely tiny waist in new post 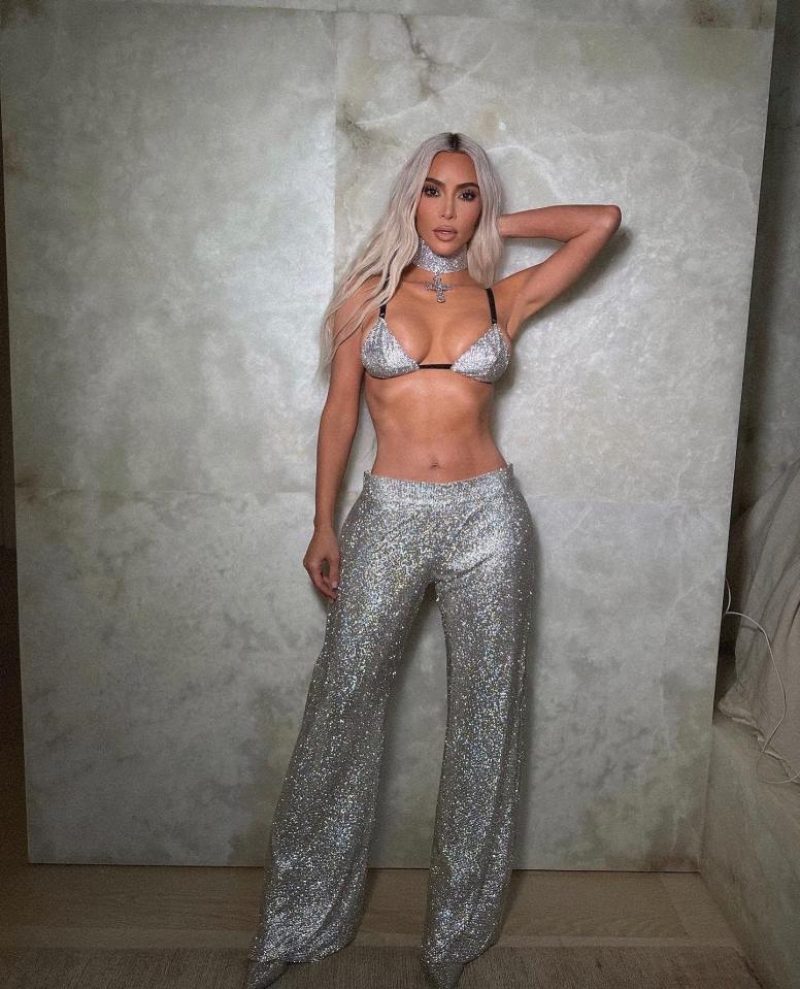 KIM Kardashian has sparked concern after sharing photos of her resting daughter Chicago on her tiny hip.

The throwback photos were shared in celebration of the tot’s fifth birthday.

Kim, 42, showed off her tiny waist in two photos shared in celebration of Chicago’s special day.

The first photo in the bunch showed the Skims mogul rocking a silver bikini while standing on a white sand beach with her black hair hanging loose around her shoulders.

She looked extremely slim and was resting a much younger Chicago on her hip.

The Kardashians star looked lovingly at her daughter in the photo.

A second snap showed the mother-daughter duo twinning in black swimwear on the beach.

Kim again showed off her slim waist in the post, leaving fans stunned.

A caption over the post read: “Happy birthday Chi.”

Both photos appear to be throwbacks from at least 2022.

The Hulu star shed a significant amount of weight in 2021 and 2022, losing more than 20 lbs to wear Marilyn Monroe’s dress to the Met Gala.

She appears to be largely unbothered.

Kim has repeatedly shared photos of herself, many of which emphasized her shrinking frame.

Amid the backlash and worry, she has maintained that she lost the weight in a healthy way.

In addition to that post, Kim and members of her famous family shared glimpses into Chicago’s over-the-top birthday celebration.

Photos showed an indoor slide leading into a ball pit bull of pink and white balls, a real live Hello Kitty that danced with guests, themed treats, a stuffed animal-making station, and an area for guests to paint ceramic Hello Kitty crafts.

Chicago had a cake shaped like Hello Kitty, crudités, and a ramen bar.

There also appeared to be an array of other foods including a grilled cheese with pink cheese and Hello Kitty stamping and what looked like churro-type chips with sweet dips.

Kim kept it casual, wearing jeans and a shirt that read: “Love you, Chicago.”

As for the birthday girl, she rocked a pink long-sleeve dress and had pink braids in her hair.

North West was in attendance, wearing an all-blue ensemble.

Her outfit featured feather details on the sleeves and she also appeared to have colored braids in her hair.

Khloe Kardashian and her daughter True attended the party as well, with Khloe sharing a number of snaps from the celebration.

True had space buns in her hair with the bottom half hanging loose.

She, like Chicago, looked to have an all-pink outfit on.

Kourtney Kardashian shared a photo of Chicago’s cake on her Instagram Story, suggesting she was at the party.

Neither she nor her children appeared in photos from the bash, however.

Prior to the party, Kim shared other throwback photos of her and her daughter along with a sweet message.

In the photos, Kim cuddled Chicago close as they wrapped their arms around one another.

They sat on a white bed and leaned their cheeks together while making kissy faces at the camera.

Kim gushed in her caption: “I’m so so proud to be your mom.

“It’s the best feeling in the entire world.”

Her message concluded: “You are the cuddliest, sweetest, silliest, most independent, caring girl in the whole world, and I just love you so much!”

Instagram/ kimkardashianSince then, she has shown off her body amid concern from fans[/caption]

PrevPreviousLove Island first look as the Islanders enter the villa after host Maya Jama’s dramatic arrival in a helicopter
NextKim Kardashian accused of ‘playing favorites’ with her kids after fans spot ‘unfair’ detail in new pic with Chicago, 5Next