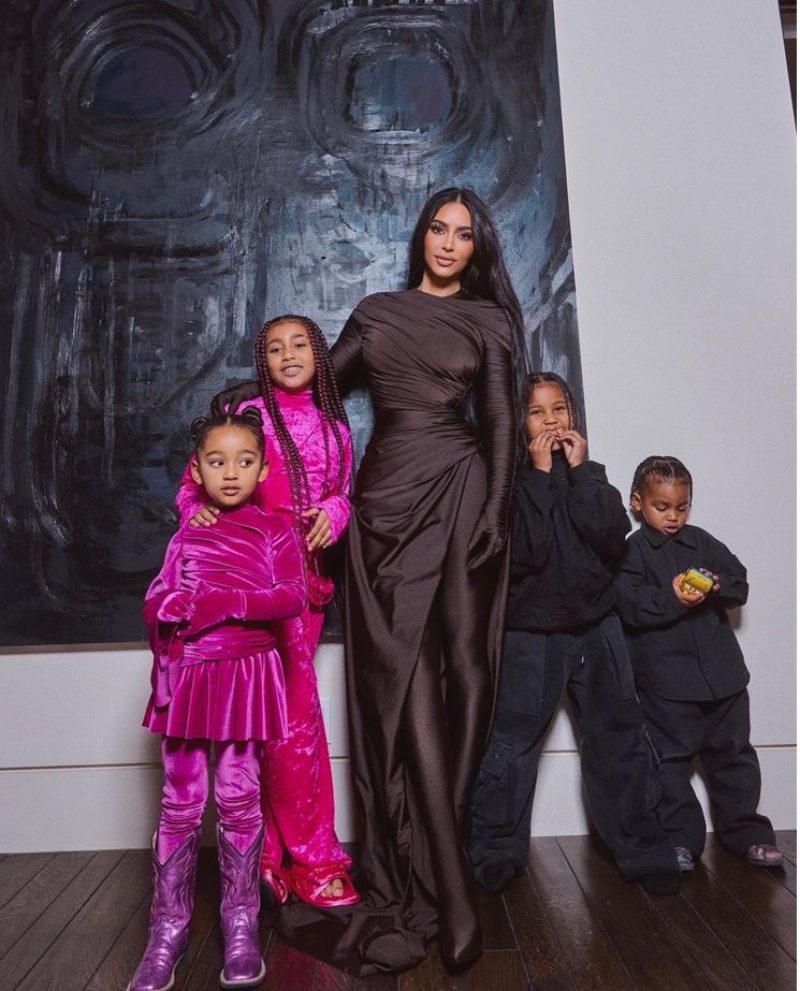 The rapper, 45, is believed to have tied the knot with Bianca, 27, last week, two months after his divorce from Kim was finalized.

A source has exclusively revealed to the US Sun that Kim, 42, is “stunned” by the news and “worried” about her kids.

“Kim is stunned – and wondering how the hell she’s going to explain this to the kids.

“This last year her only wish has been that Kanye will meet someone, anything to take his obsession off her. But now, it’s just the inevitable drama as always, and Kim is left, once again, trying to protect the kids from the whirlwind.”

The insider continued: “Kanye has been going off grid, saying he’s really busy with work and other things so she hasn’t even managed to get a straight answer out of him.

“She’s just worried about the kids and how this will affect them. It’s like Kanye is toxic – he poisoned Kim’s chance at a normal relationship with Pete, now he’s gone off and married someone.”

The US Sun has reached out to Kim Kardashian’s rep for comment with no reply.

Kanye and his bride reportedly spent their honeymoon at the luxury Amangiri desert resort in Utah, and might’ve been joined by at least one of his children, according to TMZ.

The DailyMail previously revealed that the duo stayed at the five-star resort in Canyon Point, which boasts 34 suites and one four-bedroom Mesa home.

The lavish property is located on 600 acres in Utah’s Grand Circle of National Parks and Monuments.

It is a favorite of the Kardashian family and is where Kanye’s ex-wife Kim celebrated her 37th birthday in 2017.

The resort is set in a dramatic desert landscape of canyons, mesas, ridges, and gorges.

There is a 25,000-square-foot Aman spa where guests can enjoy treatments inspired by the philosophies of the Navajo.

Bianca, who is from Melbourne, Australia, is said to be a jewelry and architectural designer who has been working at Yeezy since November 2020.

The 27-year-old until recently bore an uncanny resemblance to the rapper’s ex Kim but has since chopped her long brunette locks into a short blonde bob.

The pair was spotted wearing what appear to be wedding bands while having lunch in Beverly Hills on Monday.

But they have yet to make their arrangement legal by filing a marriage certificate, according to the outlet.

END OF THE ROAD

Bianca’s family recently broke their silence regarding the whirlwind romance.

The Yeezy architect’s sister told the Herald Sun it was a “very exciting” time for them while asking for privacy.

Angelina Censori said: “It’s very exciting news for both my sister and the family but we choose to have some privacy for the time being.”

Another relative, Alyssia Censori, added that she was “super happy for them both.”

PrevPreviousKim Kardashian’s shrinking waist looks tinier than ever in ripped jeans in new TikTok from Chicago’s 5th birthday bash
NextWho are the stars of HGTV’s Down Home Fab?Next