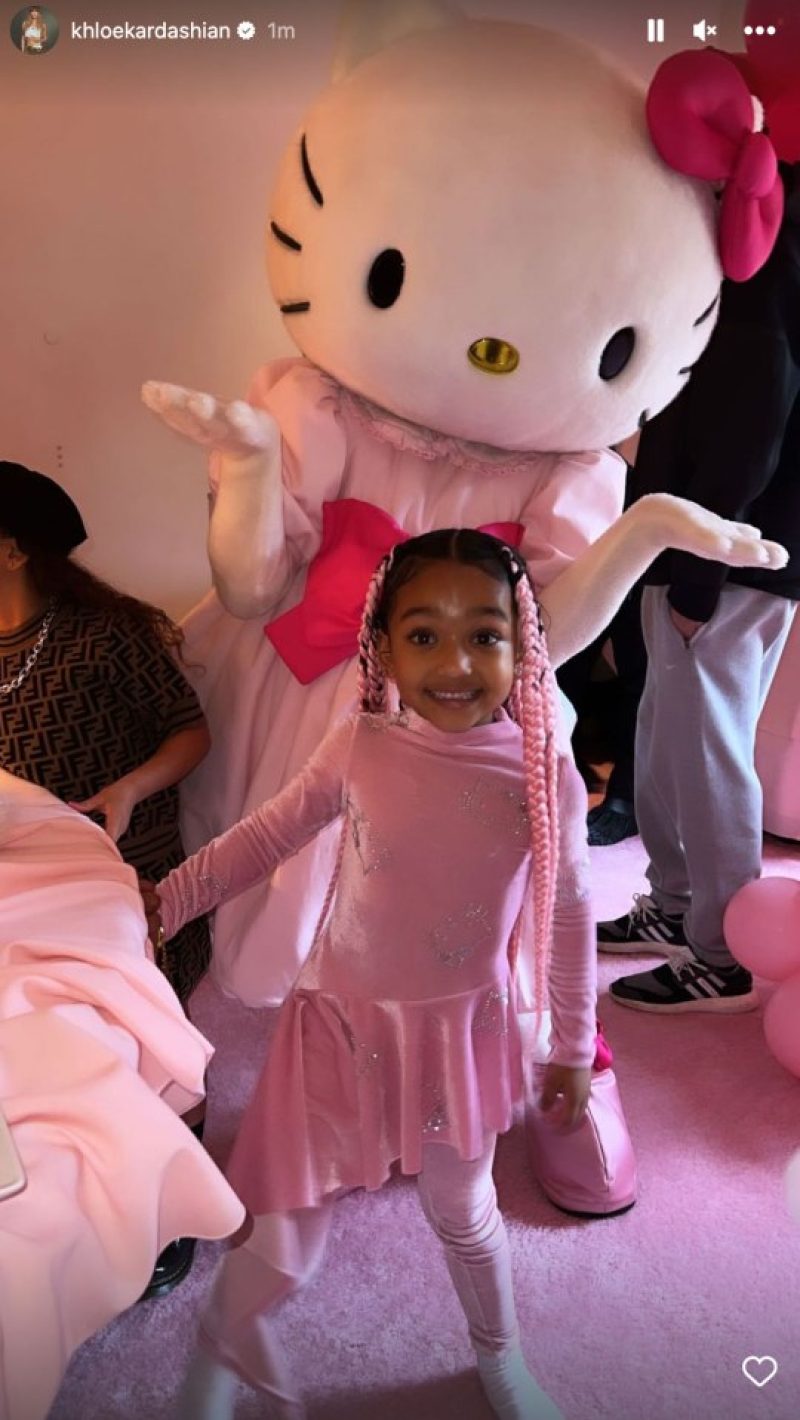 Instagram/@kimkardashianDespite some of the backlash, the Hulu star went all out for her daughter[/caption]

The eye-opening party was all about Hello Kitty, which meant lots pink, including in the served lunch.

In a short clip posted on Kim and her daughter North West’s shared TikTok, a quick snap of a pink grilled cheese is shown and it is making stomachs turn.

“Was that a pink grilled cheese?” one shocked fan asked in a popular Kardashian online thread.

Another responded: “Ew, who wants pink cheese?! So gross.”

“What kind of cheese was used? Just like… white cheddar with pink food dye?” a confused user asked.

However, the questionable grilled cheese wasn’t the only focus at the party as Kim also decided to have everything from indoor slides leading into a ball pit, a real live Hello Kitty, a stuffed animal-making station and even an area for guests to paint their own ceramic characters.

The Hulu star’s mansion was decorated with pink balloon arches and plenty of Hello Kitty balloons throughout.

Guests not partaking in the pink grilled cheese could try out other desserts including a toast-like offering and what appeared to be churro-type chips with sweet dips.

Chicago’s siblings including sister North, nine, was in attendance as well as her cousin, and Khloe’s daughter, True, four.

Khloe, 38, even shared the moment where everyone sang happy birthday to Chicago, including True who was in her famous mom’s arms.

In the clip, Khloe could be heard behind the camera pleading with her only daughter to sing: “True, say ‘yay.’”

True responded by whining, “Mama,” repeatedly before breaking into a full scream-cry.

“Anyone else in tears over True at the end of this video?” one viewer wrote at the time in an online thread.

Fans also caught the moment that little Chicago’s hair almost touched the fire as she leaned over to blow out the candles.

“I saw the hair going towards the candles and got scared,” a user said. “Glad it got pulled back.”

However, one notable member that was not at the event was Kim’s ex-husband, and Chicago’s father, Kanye West.

The controversial rapper recently took his reported wife Bianca Censori away on a luxury Utah trip.

Kanye and the Yeezy designer relaxed at the Amangiri Resort: the same place the hitmaker took Kim to celebrate her 37th birthday five years ago.

A source exclusively revealed to the U.S. Sun that Kim is “stunned” by the news and “worried” about her kids.

“She’s just worried about the kids and how this will affect them. It’s like Kanye is toxic – he poisoned Kim’s chance at a normal relationship with Pete [Davidson], now he’s gone off and married someone,” the insider added.

The Keeping Up With the Kardashians alum filed for divorce in February 2021, settling in November 2022.

According to reports, Kanye must pay Kim $200,000 a month in child support.

Instagram/@khloekardashianThe little guests, including Khloe Kardashian’s daughter True [right], even had an indoor slide to enjoy[/caption]