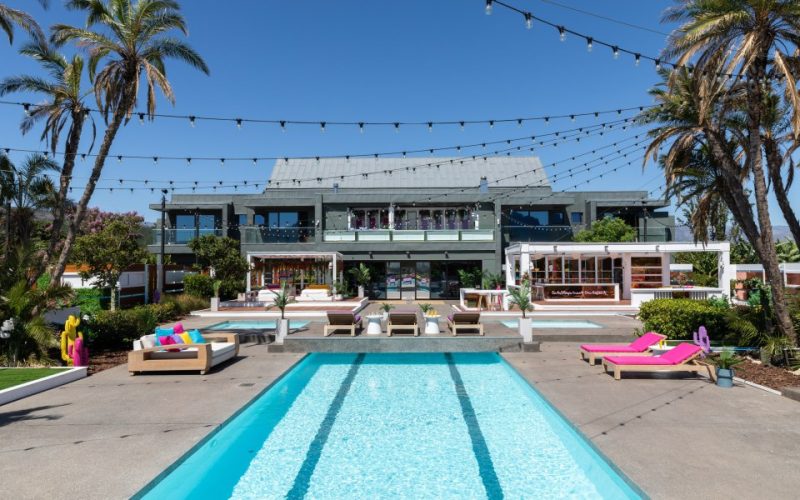 THE course of true love never did run smooth – as these former Love Islanders discovered.

The latest series of the ITV2 reality show kicks off tonight with a whole new line-up of sexy singletons.

While some contestants have found their forever person in the villa, other couples parted ways on less-than-friendly terms.

Here we look at some of Love Island’s most brutal break-ups from over the years.

ITVGabby Allen and Marcel Somerville were a fan favourite in 2017, but split up dramatically after Marcel was accused of cheating while they were on holiday[/caption]

Fan favourites Marcel Somerville and Gabby Allen made the final in 2017 and their relationship lasted until the following April.

But their romance went sour when Gabby dumped the music producer over allegations he cheated on her.

She claims she found text messages from another woman implying he had slept with her while the couple were on a romantic holiday together.

Marcel’s representative appeared to confirm the story in a statement which read: “Sadly the rumours are true, Gabby and Marcel have split up.

“Marcel can’t really defend his actions, he knows he did wrong and will regret it forever.”

Amber Gill and Greg O’Shea stunned audiences by winning series 5 in 2019 after just two weeks of being coupled up – beating favourites Molly-Mae Hague and Tommy Fury.

Beautician Amber – who had a hard time in the villa after being ditched by firefighter Michael Griffiths for a Casa Amor flame – said rugby player Greg “put a smile back on her face”.

However, just five weeks after winning the coveted £50,000, Greg allegedly dumped her over text, blaming their hectic schedules and the distance, as Greg lives in Ireland.

Amber said on Loose Women: “There was a call a few days prior, just chatting, not specifically to do with that, but definitely on that day, it was like a text.”

Greg hit back, claiming: “She knows that’s not the truth.”

Broke up on own reality TV show

Olivia Atwood and Chris Hughes came third in the 2017 series of Love Island, after weeks of non-stop bickering.

They went on to bag their own reality TV series, Crackin’ On, which was meant to showcase their relationship – but ended up airing their furious break-up.

The couple had blazing rows on-screen, with Chris finally calling it quits with the cameras still rolling.

Olivia later said she was “unhappy” for such a “raw moment” to be shown on TV, and accused her ex of planning it with the production team.

Georgia Steel and Sam Bird voluntarily left the villa together in 2018 after a dilemma forced them to choose between staying or being a couple.

Their relationship didn’t last very long though, as within months Sam accused Georgia of cheating with her ex-boyfriend.

He said he’d found a suspicious selfie of Georgia in bed with her ex as well as explicit texts.

Georgia denied the allegations, and said Sam made her feel “miserable” during the relationship.

The break-up was so toxic the pair couldn’t help having an explosive argument during the Love Island Christmas special.

Megan Barton-Hanson and Wes Nelson were a polarising couple during their tumultuous time on Love Island 2018.

They finished in fourth place and continued dating outside the villa for about six months – before Megan lashed out at her boyfriend’s Dancing on Ice partner Vanessa Bauer.

She accused Vanessa of trying to get headlines, writing on Instagram: “Love that you decided to announce your break-up with your boyfriend on the night of your first performance with my boyfriend.”

Megan later apologised, but she and Wes announced their split a few weeks later.

Their break-up soured further as Meghan later accused Wes of messaging another Love Islander when they were together.

Jordan Hames and Anna Vakili made their relationship official after rekindling their romance following a Casa Amor blip.

However, just two days after Jordan asked Anna to be his girlfriend by giving her a romantic tour of their special places around the villa, he tried to crack on with new arrival India Reynolds.

However, he was confronted mid-conversation by an apoplectic Anna after Irish firecracker Maura Higgins told her what was going on.

Their furious bust-up attracted over 60 complaints to Ofcom.

Amy Hart and Curtis Pritchard were coupled up from day one on Love Island in 2019.

However, Casa Amor proved to be a turning point. While loyal Amy realised she was in love with Curtis, he fell for Jourdan Riane.

While Curtis was sidelined by Jourdan, who chose to couple up with Danny, the dancer returned to the villa and admitted all to his heartbroken half-girlfriend.

Tearful Amy famously hit back: “I was coming back here to tell you that I loved you!”

Amy later cried her eyes out in the Beach Hut, sobbing: “I thought I’d met my first love and The One. But it turns out I haven’t. I’m someone’s back-up plan yet again.”

However, it was his treatment of Rosie that sparked the most backlash.

Adam was accused by viewers of gaslighting her when he denied his obvious feelings for Zara.

Instead of admitting he wanted to jump ship for the bombshell, he accused Rosie of “jealousy” and smirked as she tearfully expressed her hurt at his actions.