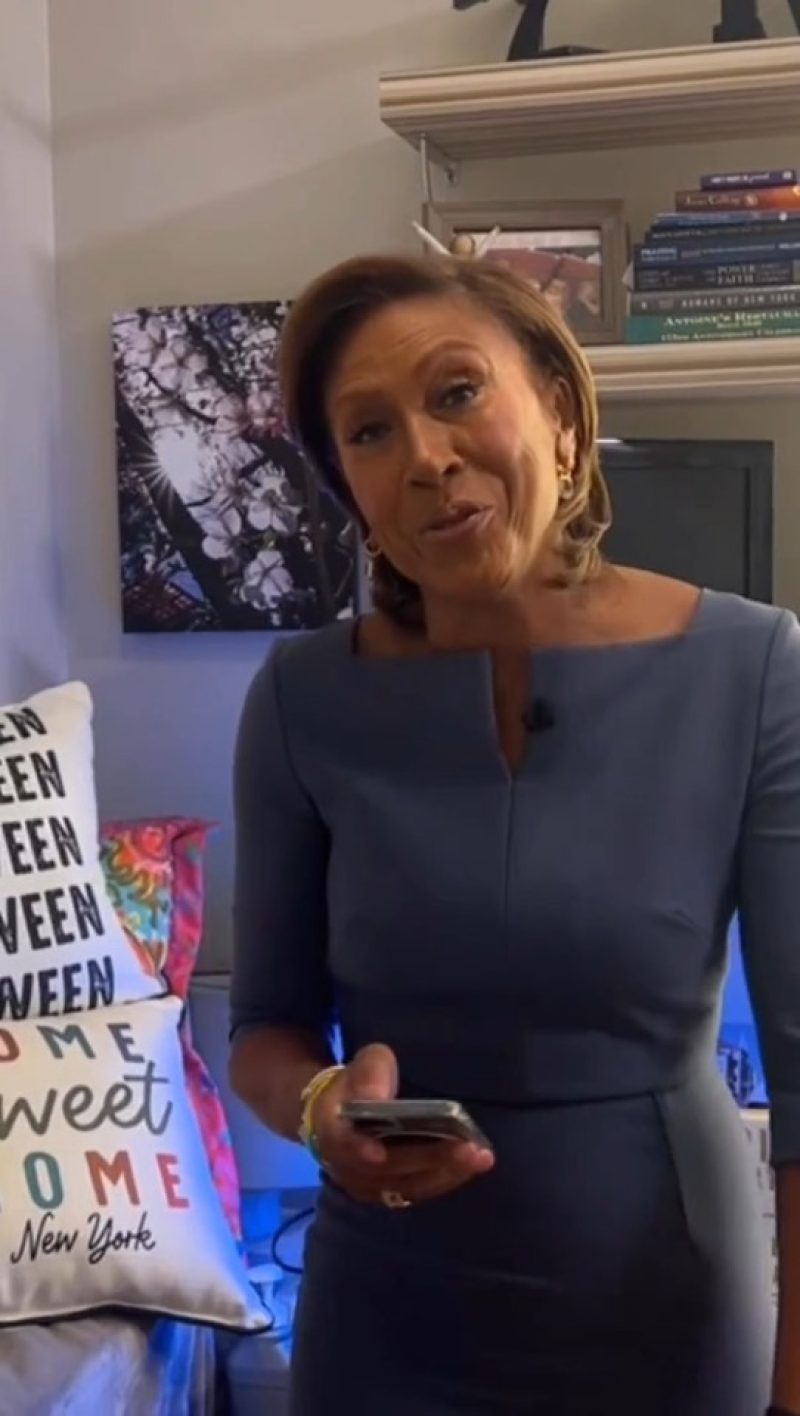 GMA’s Robin Roberts has slammed “difficult people” who “control you” in a cryptic new video after her “falling out” from Amy Robach.

GMA host Robin Roberts took to Instagram in a personal video with a message that slams ‘difficult people’ who ‘control you’Instagram / Robin RobertsDuring her ‘Monday Motivation’ clip, Robin stated that viewers do not have to let people ‘control and manipulate’ themGetty Images

She thanked fans for spending time with her on “Dr. King’s day.”

“We’re glad that you are spending it with us and beginning it with a morning message of prayer, ” she began.

Robin read the rest of her inspirational message to viewers from her phone.

“You do not have to try to convince people to like you or let them control and manipulate you in order to try to win their favor,” she declared.

“No. Walk in your anointing. Run your own race, always honoring God with excellence and integrity. He’s gonna be the one to turn the hearts of those who are against you and who disrespected you the most to ask for your blessing.”

“It may take some time, but they are going to recognize the favor on your life.” She took a moment for an emotional reaction to what she had just read.

“Father, thank you. Thank you that you are going to use the difficult people in our lives to show us your favor.”

“Thank you that we don’t have to play up to anyone to get them on our side,” Robin followed up, with dramatic hand movements.

“We believe that you are turning the hearts of those who are against us to be for us,” she then concluded.

One fan wrote: “Good morning Robin!! Just the message I needed to hear today! I’m passing it right along. Thank you for being a Blessing and sharing with others!!”

Another shared: “Thank you for these inspirational mornings. You are awesome.”

Last week, Robin offered some similarly inspirational advice to her “Glam Fam” in another emotional clip.

The 62-year-old spoke directly to fans during a new video shared to Instagram for “Thankful Thursday.”

This time, however, Robin had a message of gratitude to impart to her 816,000 Instagram followers.

The daytime TV mainstay encouraged viewers to take inventory of their lives.

She said: “Who are the people that you have in your life?

“If you spend your time with gossips, peace stealers or negative people you’re going to become like them.

“It’s time to make a change and put up some boundaries you have to teach people how to treat you.”

She continued: “You need to find people who feed you and not just need you. like iron sharpening iron, you make each other better.

“If you don’t get the wrong people out of your life, your never going to meet the right ones.

“And thank the good Lord I have met the right ones!”

Robin had a different type of message for co-host Michael Strahan just a few days prior.

The pair, including George Stephanopoulous and Lara Spencer, discussed how having a pet can help strengthen the elderly’s memories.

Suddenly, Michael got up from his seat.

The host tried a dramatic walk-off to leave the set, before Robin mocked him and said he was doing it “wrong.”

Just minutes later she had another scathing comment for him.

“Just trying to strut. I gotta strut,” Michael yelled as he buttoned up his suit jacket.

Michael couldn’t keep his giggles in as he returned to his seat and launched the next segment of the show.

PrevPreviousHow many seasons of Married At First Sight are there?
NextJinger Duggar shatters family’s modesty rules with a drastic change in husband Jeremy’s video & fans love her new lookNext