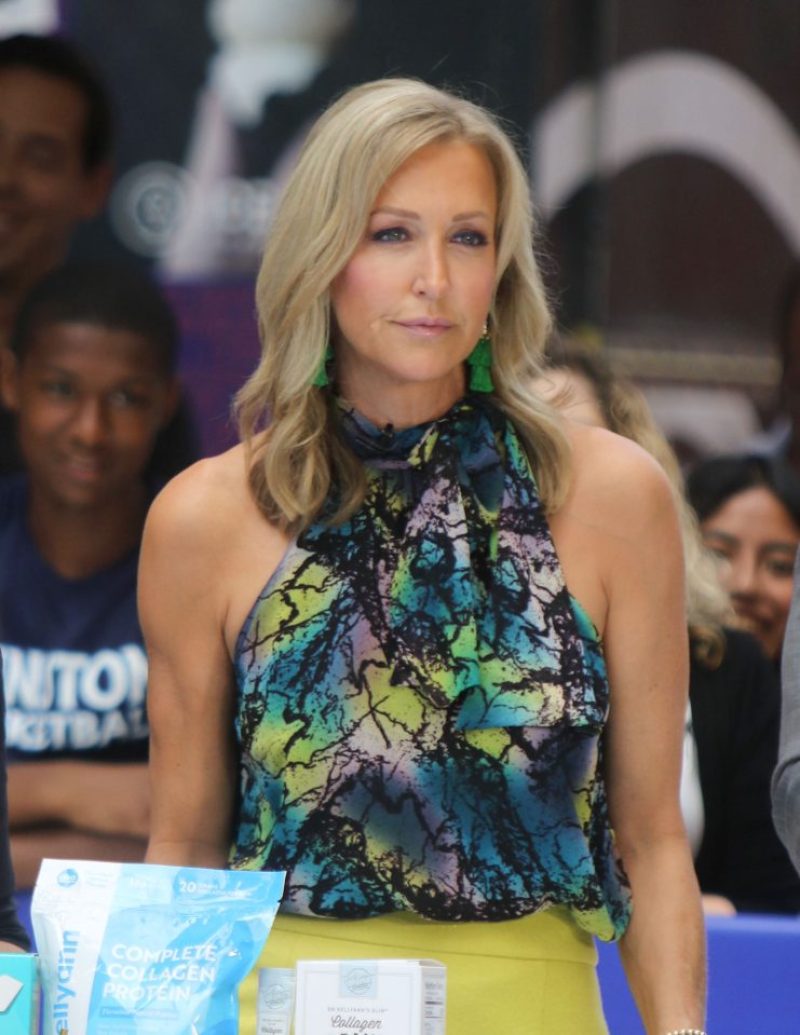 GMA star Lara Spencer has opened up on a backstage moment that she branded “not fun.”

The morning show host, 53, was seen resting on her knee scooter on Thursday as she continues her recovery from foot surgery.

Spencer said: “Dreaming I am leather Tuscadero on my pink motorcycle… except not so much.

“Only 4 more weeks on ‘Dolly’ as I now call my bedazzled scooter.”

She included the hashtag “not fun” as she finished her post.

The picture was taken by Spencer’s co-star and TV physician Jennifer Ashton.

Leather Tuscadero, who was played by the singer Suzi Quatro, appeared in the American sitcom Happy Days.

But, some fans were left furious by a detail that they had spotted in the background of Spencer’s post.

Some members of the GMA production team were seen sporting blue and black face masks on the set.

One social media user asked: “Why are all the staff in masks?”

Replying to the post, another person said: “Wondering the same thing????”

Meanwhile, other viewers said that the host should’ve worn alternative footwear instead of high heels amid her ongoing recovery.

It comes just days after Spencer appeared to almost fall out of her chair.

The moment seemed to take place during a commercial break, but Robin Roberts told viewers about the situation as soon as they returned to the air.

The pair were sitting in director-style chairs, high off the ground, alongside fellow hosts Michael Strahan and George Stephanopoulos.

Roberts pointed at Spencer and said: “OK, she almost fell out of her chair!”

She replied: “The boot is heavy. I tried to lean forward to get my scripts and, well, I don’t want to say what almost happened.”

Spencer has been seen speeding around the GMA studios in recent days.

At the start of the year, the daytime TV star revealed that she had a foot operation.

She told fans that a torn plantar plate and ligament had been slowly getting worse and worse before she went under the knife.

Spencer said that she didn’t want to miss her daughter’s final soccer season or the holidays.

She said: “Rollin into 2023 like… I’m not exactly sure but it should be interesting at work.”

Spencer has documented her recovery online as she recently took to Instagram to share a video of herself working out in a physical rehabilitation center.

She posted a picture that showed her balancing her legs on what appeared to be a large ball.

And, Spencer was also seen doing leg exercises while being instructed by her physical therapist.

Instagram/ lara.spencerSpencer has been seen zooming around the GMA studios on the pink mode of transport[/caption]