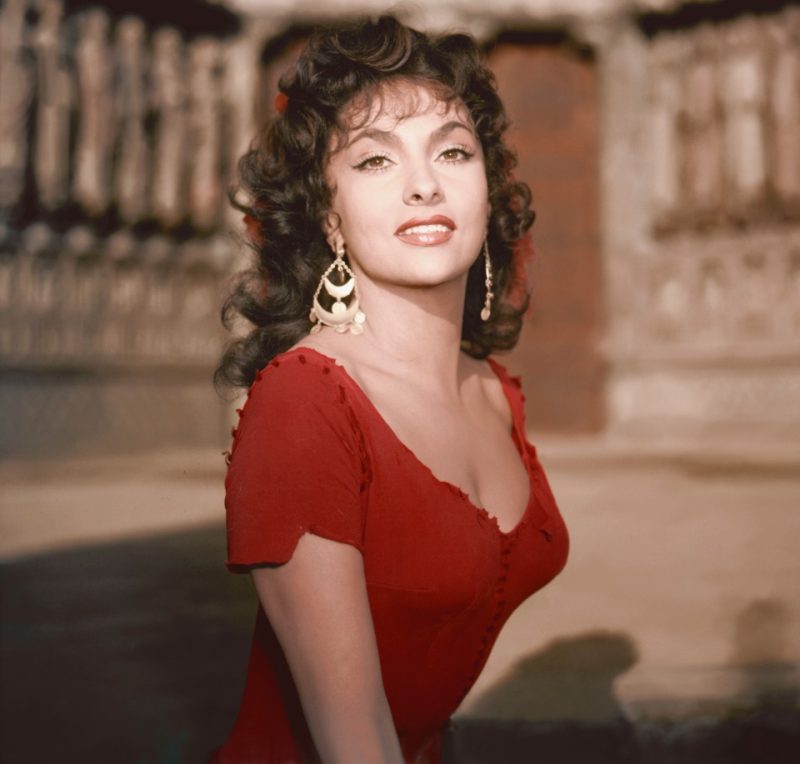 ITALIAN film icon Gina Lollobrigida – once dubbed ‘The Most Beautiful Woman in the World” – has died aged 95.

The movie star was one of the most popular leading ladies in the so-called “Golden Age of Hollywood” in the 1950s and 1960s.

GettyGina pictured on the red carpet in 2019[/caption]

She was an icon who enjoyed a glowing film career, before becoming a distinguished photographer and even entering politics.

Her biggest hits includes movies such as Solomon and Sheba, The Hunchback of Notre Dame and a critically acclaimed performance in Bread, Love and Dreams.

Famed for her striking looks and sharp wit, she also appeared in Beautiful But Dangerous.

The movie’s original title was – La donna più bella del mondo – which presented her as “The World’s Most Beautiful Woman”.

Known as “La Lollo”, Gina had reportedly been hospitalised for some before she passed away in Rome, reports media in Italy.

Scooping numerous awards and nominations at the BAFTAs and Golden Globes, she starred in dozens of movies between 1946 and 1969.

However, from then her movie career slowed down as she only appeared in seven films before her death.

But in that time she focused on a new passion working as a photojournalist – as well as having a handful of appearances on TV.

She snapped pictures of some of the most famous people in the world such as Audrey Hepburn, Salvador Dali, Henry Kissinger and Ella Fitzgerald.

Gina even did a rare interview with Cuba’s Communist leader Fidel Castro.

Italian culture minister Gennaro Sangiuliano said: “Farewell to a diva of the silver screen, protagonist of more than half a century of Italian cinema history.

“Her charm will remain eternal.”

Born in Subiaco in 1927, she was the daughter of a furniture maker and his wife – being raised along with her sisters, Giuliana, Maria and Fernanda.

Starting out modelling and participating in beauty contests, her first movie role was in the 1946’s Lucia di Lammermoor.

Her career began to pick up steam when she came third in the Miss Italia pageant – shining the national spotlight on her as she was catapulted to fame.

It wasn’t long before Hollywood came calling and Howard Hughes signed her onto a contract to make movies with RKO.

Hughes was reportedly smitten with Gina after seeing her publicity photographer, but she was already married to her husband Dr Milko Škofič.

Speaking about the effect she often had on people, she said in 2000: “I’ve had many lovers and still have romances. I am very spoiled.

“All my life, I’ve had too many admirers.”

Despite a bitter feud and contract row with Hughes which saw her stay in Europe, but her performances quickly began to gather acclaim as she enchanted audiences.

She co-starred with Frank Sinatra in Never So Few, performed opposite Humphrey Bogart in Beat the Devil, acted with Errol Flynn in Crossed Swords, and appeared with Sean Connery in Woman of Straw.

Bogart said at the time Lollobrigida made “Marilyn Monroe look like Shirley Temple.”

Her fame in the sixties was so wide-ranging she even had a new lettuce named after her, the “lollo rosso”.

She won seven David di Donatello awards during her career, Italy’s equivalent on an Oscar.

Gina’s last major performance before her film career wound down was King, Queen, Knave alongside David Niven in 1972.

After officially retiring from the movie business in 1997 following an appearance in French comedy XXL, she became an actress “by mistake”.

And after her career in photography, she then enter politics in 1999.

She unsuccessfully ran for office twice – including trying to win a seat in the 2022 Italian General election.

Her health however took a turn.

In September, the 95-year-old had surgery to repair a thigh bone broken in a fall.

She returned home and said she had quickly resumed walking – but was hospitalised again before her death.

She is survived by her son, Milko, and grandson, Dimitri.

Gina’s final performance was appearing in Italian comedy Box Office 3D: The Filmest of Films – a satire of Hollywood blockbusters – as herself in 2011.