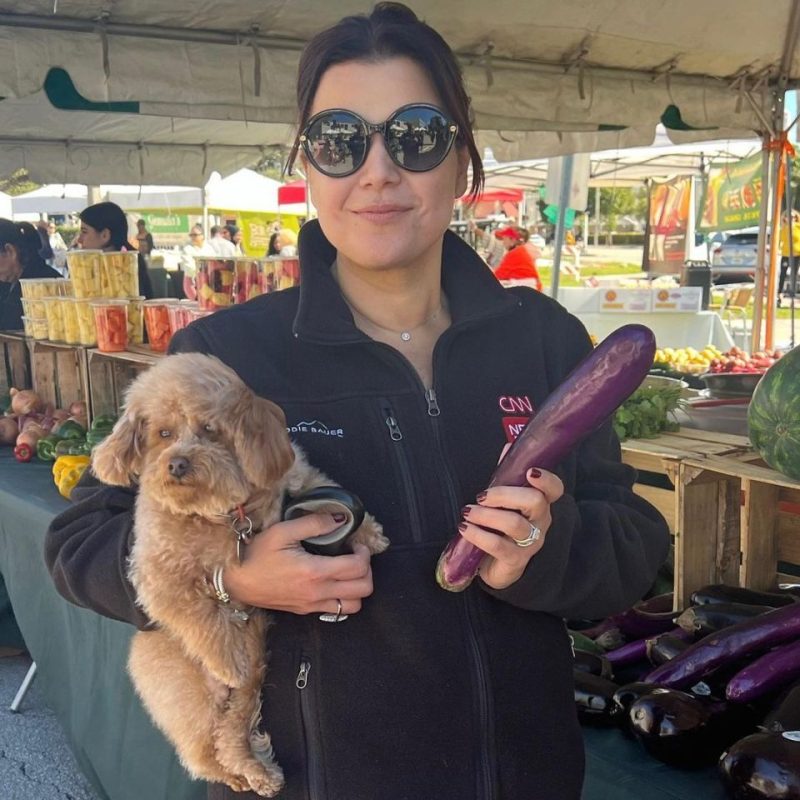 THE View’s Ana Navarro has dropped a raunchy joke on social media, which left many fans in tears.

The View co-host carried her pet dog, ChaCha, around her arm at the marketplace.

In the snapshots, the ABC star held up an eggplant and a carrot to show off their sizes.

Ana dropped a sex joke as she captioned the post: “Yes. That’s one big! I think the carrot has Peyronie’s disease.”

Peyronie’s disease is a noncancerous condition that develops on the penis and causes curved, painful erections, according to the Mayo Clinic.

In the comments section, fans seemed to be enjoying Anna’s naughty sense of humor.

One fan said: “Your sense of humor is a fabulous treat! Thank you!”

Another fan added: “Anna gets it! So many things could be said, but none of them appropriate!”

A third fan mentioned: “Ana, you are hysterical!

A fourth person wrote: “You are a savage!” along with a laughing emoji.

A commentator chimed in: “You are a very naughty girl!”

This is not the first time the former CNN political commentator teased her raunchy sense of humor.

In mid-December 2022, actress Edie Falco, 59, spoke with the ladies of The View.

The Sopranos star promoted her appearance in the sci-fi blockbuster Avatar: The Way of Water.

During the interview, the panelists asked the Nurse Jackie star about an upcoming project.

Alyssa Farah Griffith, 33, said: “You will be starring in the comedy series Bupkis alongside Pete Davidson, who’s playing a fictionalized version of himself.”

She asked: “What’s it like to play his mom?

“Why do you think he’s becoming such a ladies’ man? And are you going to run off with him?”

She continued: “He’s ninety feet tall, and he’s got his giant smile, and he’s very self-deprecating.

“And he’s funny, but the humor is always sort of, the joke is on him in a way, and there’s something very charming.”

Ana jumped in and jokingly said: “He’s got to be more than that because I know a lot of funny men, and none of them are…” while hinting that Pete might be well endowed.

The audience broke into laughter as the political strategist gave a waving gesture and shot a knowing glance.

Edie appeared to be in on the joke and replied: “I’m staying away from all that.

“As his pretend mother, I don’t know anything about that stuff.”