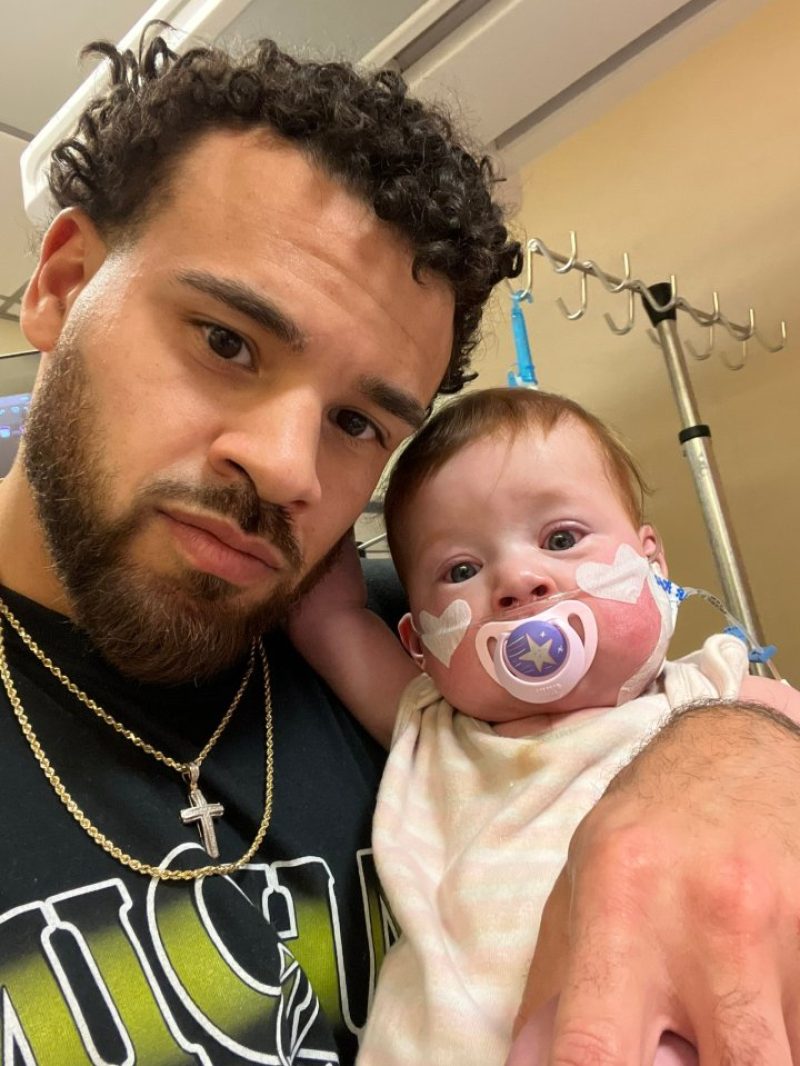 TEEN Mom Cory Wharton has shared an update on his daughter Maya’s condition following her heart surgery after going silent on social media.

The 31-year-old has been keeping fans in the loop on the tot’s recovery, though he concerningly went dark online this past week.

Instagram/taylor.selfridgeMaya underwent the procedure last Wednesday and his been in the hospital ever since to recover[/caption]

InstagramCory has been frequently updating fans on social media, though he went dark online the last few days[/caption]

On Sunday, Cory reappeared on Twitter to briefly inform fans of how Maya’s doing after 11 days in the hospital.

He shared a photo of him looking worried while holding his baby girl in her hospital room.

Maya had a pacifier in her mouth and a nasal cannula in her nose with white heart-shaped tape on her cheeks to hold it in place.

The Challenge star accompanied the photo with a heartbreaking message, calling Maya’s health struggles “the worst experience of his life.”

He wrote: “Day 11. We are still at the hospital in ICU, this has been the worst experience of my life, to watch your child sit there and stare into your soul to DO SOMETHING to help and there’s nothing I can do smfh. I don’t even know how to sum it all up. I just continue to pray.”

Fans took to the comments to send prayers to the family during this challenging time.

Cory’s followers had been anxiously awaiting an update from the Teen Mom OG star after days of silence.

The last update was on Tuesday when Cory’s girlfriend, Taylor Selfridge, shared a devastating photo of their youngest child after her heart surgery.

The reality star captured their 7-month-old lying in her hospital bed while playing with a toy the day before.

Taylor, 28, captioned the shot: “My little love,” along with a white heart emoji.

Cory also posted a sweet video of him and Maya on his Stories, showing him rocking the little one alongside her crib.

He locked eyes with his third-born child and patted her on the backside to soothe her to sleep.

The TV star promised his followers another update on Maya’s condition soon in his caption.

Cory wrote: “I will have an update for you all later, right now I’ll just tell you that Maya is a fighter and things don’t always go as planned but we’re gonna continue to pray.

Maya has coronary heart disease and had surgery on Wednesday of last week.

On Friday, Cory shared that his daughter’s condition had improved after a rough couple of days following the procedure.

The surgery was one of multiple Maya is expected to have to undergo in her lifetime.

PrevPreviousWho is Patsy Palmer and what is she doing now?
NextJana Duggar resurfaces in sister Joy-Anna’s new video as rarely-seen star reunites with siblings for 33rd birthdayNext