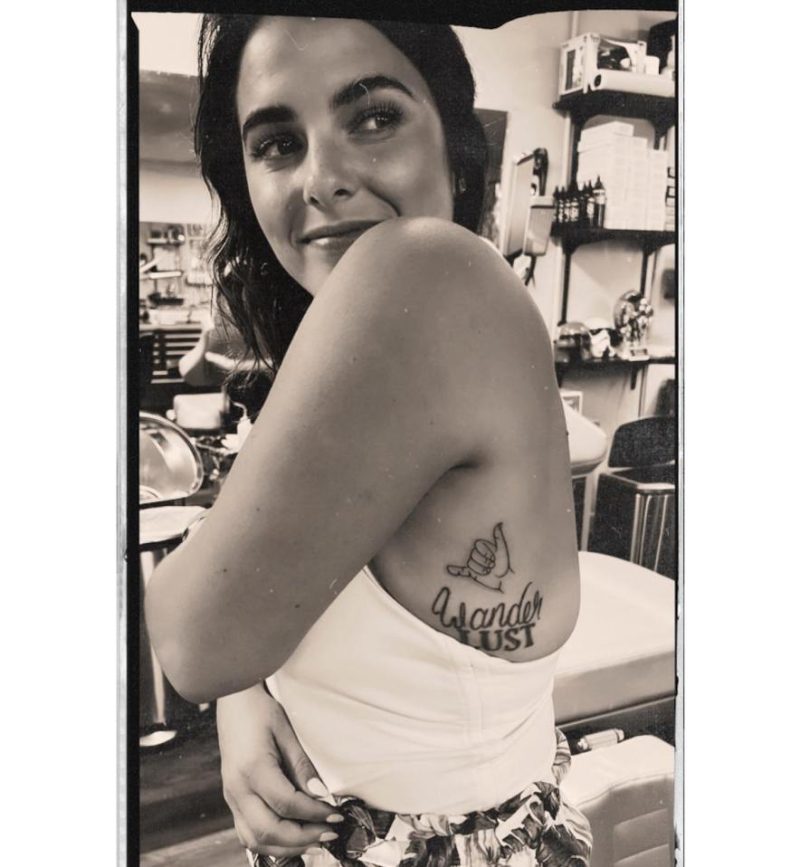 The MTV personality showed off her new ink on her Instagram feed.

On Friday, Lauren, 31, posted a smiling selfie that appeared to have been snapped in a tattoo shop.

She stood to the side, exposing a fresh tattoo on her ribs that showed a hand doing a shaka with text underneath.

Lauren smiled over her shoulder as she admired the artist’s work.

Fans flocked to the comments to praise the tattoo.

Another wrote: “Absolutely perfectly fits you.”

Someone else commented: “So cute!”

Lauren has been soaking up the sun in Hawaii for a few days now and she’s been bringing fans along for the ride.

During her trip, she has enjoyed a luxury resort and all its amenities, beach hikes, and swimming in the ocean.

She has kept fans updated on the trip via her Instagram Stories.

Lauren recently shared a selfie on the beach after finishing a morning hike.

She also showed off the view from her hotel balcony looking out onto a beach with palm trees below.

The MTV star soaked up the sun as she lay on the beach in a blue swimsuit with a plunging neckline.

The trip comes after Kailyn – Lauren’s ex Javi’s ex-wife and baby mama – alleged that Lauren and her ex are back on.

One fan wrote under one of Kailyn’s social media posts: “Lauren and Javi are def not together nor is she pregnant.

“Lauren and I have mutual friends.”

Kailyn replied: “Yes they are together. But pregnancy I doubt.”

Lauren and Javi called off their engagement back in 2020 following an explosive cheating scandal.

The couple had been on and off since 2017, breaking up briefly before Javi dated Teen Mom co-star Briana DeJesus.

They reconciled in March 2018 and announced that they were expecting a child together a few weeks later.

Their son Eli was born in November 2019.

They called it quits once more less than a year after the birth amid a cheating scandal.

Lauren allegedly caught her baby daddy naked with another woman during a party in their Delaware home.

Javi later took to Instagram to issue an apology, writing at the time: “Lauren, I’m sorry for my mistakes, I’m sorry I broke your heart, I’m sorry I disrespected you. I’m sorry I took you for granted. I could say sorry for a million other things but I’m sorry will never be enough.

“I hurt the one person that I love the most. I will do everything in my power to become a better man and hopefully one day you can forgive me. I’ll do anything to have you home.”

She took him back a short time later, but they split for good after his ex-wife Kailyn revealed on Teen Mom 2 in 2020 that he tried to have sex with her.

Things turned even uglier between the pair when Javi filed a restraining order against his ex-fiancée in June 2021.

He accused Lauren of hitting him in front of their son.

Instagram/javim9Lauren and Javi share one child, as do Javi and Kailyn[/caption]