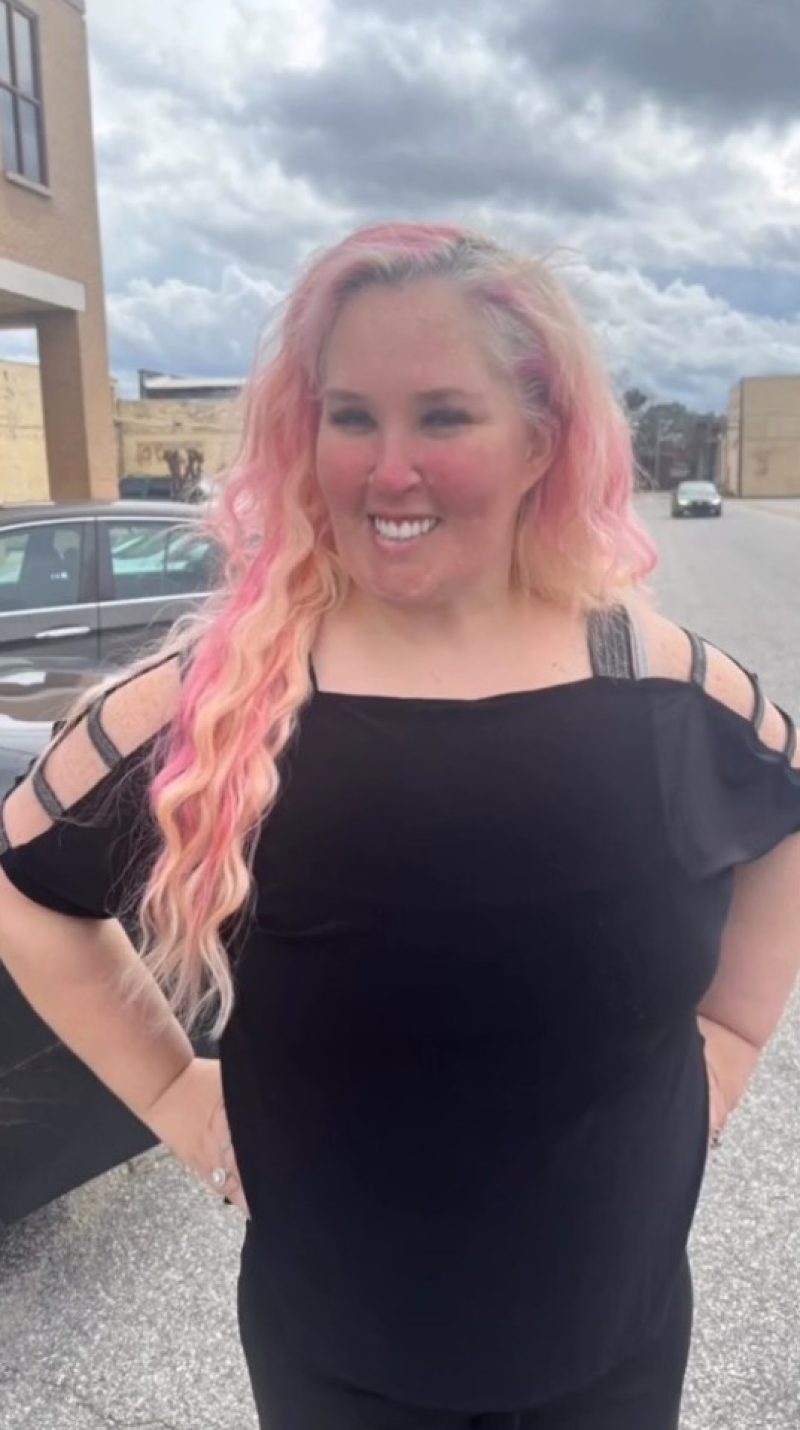 MAMA June Shannon has been blasted for seemingly ignoring her daughters while lavishing huge praise on her husband, Justin.

The Road to Redemption star recently provided an update on her strained relationship with her kids.

In a lengthy and often unintelligible Instagram post, June, 43, gushed over her new husband for helping wash her hair.

“I know it (is) late but I have to boost a lot about my awesome husband that is amazing and always helping me out with whatever.

“When we got invited to (an) event at the last time and I didn’t have time to go get my hair washed so justin thanks was like it oh k baby we will get up in the am I will help wash your hair n I will do it for u and he done that exact thing.

“We went to Walmart he brought the thing to do my hair and all it may have took us 2 and half hours to do but it was a bonding and a memory we made together and it turned out great to me and I wear it down all day and got compliments on it all day n told everyone he done it cause I was proud to say yes my husband done my hair this am.

“So ladies if a husband that will do things like this for u he is keeper yeah everyday may not be rainbows but u make the best of everyday n make memories and work through the bad good TOGETHER.

“It makes u stronger at the end of the day I can promise u that this man has showed me A LOT in the last year and half but I can’t waited to c what the future holds.”

Fans slammed the From Not to Hot star for neglecting to even allude to her daughters, Alana “Honey Boo Boo” Thompson and Lauryn “Pumpkin” Efird.

“Would be nice to see June single and focus on herself and your daughters,” one fan wrote in the comments section. “You don’t need a man to keep you happy.”

Another added: “She used to be all about her kids. Kinda sad to see how she just walked away. Those girls didn’t deserve it, but love Pumpkin for stepping up.”

While a third begged: “Girl go b with ur children post about being a great mommy to ur daughter whose in her senior yr of h.s.”

Others pleaded with the reality star to work on her grammar.

“That was so painful to read,” one person exclaimed. “There are these things called periods and commas. Simple basic English writing skills.”

Another wondered: “Do you know what periods and commas are? This was one long run on sentence. Punctuation, June!!!!!”

June was punctual when she gave a rare update on her relationship with her daughters, after months of drama, revealing she is actually back in contact with one.

The TV personality revealed that she was recently in Georgia to celebrate Pumpkin’s 23rd birthday.

The 43-year-old said in a video on TikTok: “I have grown to know who I am mentally and emotionally and it has helped me with my relationship with my girls.

“We’re actually in Georgia now celebrating Pumpkin’s birthday because I won’t be in town on her birthday next week.”

June added that she was planning to see her daughters more regularly.

“I love that and we’re trying to do that once a week,” the former TLC star said.

She also talked about leaving behind her “bad habits” by surrounding herself with people who “match her energy.”

June has had a strained relationship with her four daughters for quite some time.

Back in April, a Georgia judge awarded sole custody of Alana, 17, to her older sister Pumpkin.

Alana recently gave fans a heartbreaking update about her shattered relationship with her mother.

In October, a fan claimed in a TikTok video that she recently had a conversation with Alana and asked her how June is doing.

“We aren’t too sure,” Alana apparently answered. “She doesn’t really speak to us.”